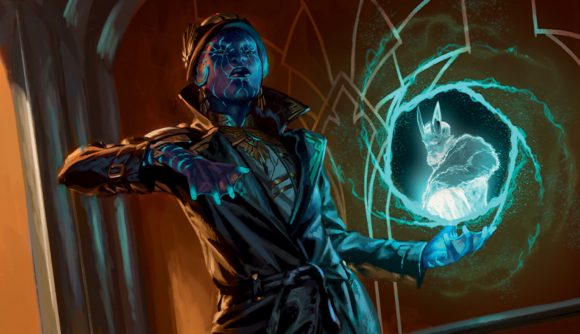 Crime runs rampant in the upcoming Magic: The Gathering set Streets of New Capenna, so there’s plenty of room for wannabe gumshoes to get some sleuthing done. And on the official MTG Discord, a Streets of New Capenna-themed ARG (alternate reality game) appears to be underway. Magic fans are teaming up to roleplay as members of New Capenna’s crime family factions and solve clues that form an ‘Interactive Mystery’.

The official MTG Instagram account posted a Discord link and invitation advertising this ‘interactive mystery’ on Saturday, April 9, but it appears the game was not truly afoot until Wednesday. While the Discord began encouraging members to ‘join a family’ and scheme in private channels made for each Streets of New Capenna faction from April 9, the nature of the event was at first unclear. One user, WOTC_Jesse, joked on Tuesday that “the mystery is what’s the mystery”.

Things seemed to ramp up a notch on April 13, however, as on Wednesday, an image of a piece of paper labelled ‘Guest Check’, covered in numbers, appeared in the Discord. Meanwhile, a mysterious user called Cromb declared he was being followed.

This Cromb character (whose name is made from the initials of each family put together) has been a roleplaying regular in the Discord since the start of April, but on April 9 unveiled the #back_alley, a channel where they declared they would keep track of how much Halo (a valuable magical substance in the world of New Capenna) each faction had earned. Exactly how fans can earn Halo (which in this context, is essentially points) is not obvious. 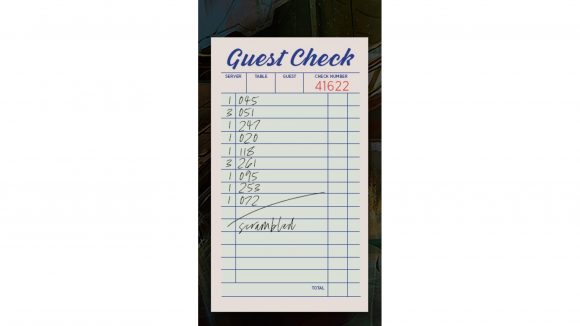 With the appearance of the guest check clue, it seems the interactive mystery is now truly underway, with much head scratching and brain racking taking place. It’s unclear how many stages the trail will have or where it may lead, but fans on the Discord seem to have taken to the collaborative mystery-solving nature of it, forming instant attachments to their families and staying on the alert for spies from other factions.

If you’ve a head for puzzles, you may want to swing by the Magic: The Gathering Official Discord. But check out the best escape room games first, we think they’ll be right up your alley. You can also head on down to our Streets of New Capenna guide if you want to find out more about the upcoming set.