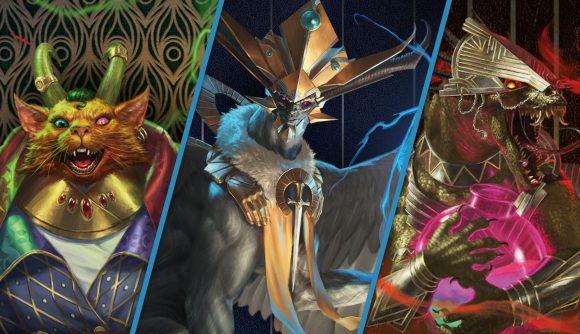 Wizards of the Coast has dropped fresh hints about the five crime family factions in the upcoming Magic: The Gathering set Streets of New Capenna. An article published on the Wizards Play Network (WPN) website on Monday provides insight into how each Commander deck (and therefore each Streets of New Capenna faction) will play.

Unless you’ve been sleeping under a rock (or sleeping on our Streets of New Capenna guide) you’ll know that each of the five Streets of New Capenna factions is a criminal organisation themed around three colours of mana. On Monday, Wizards released an article on the WPN with ideas for how store owners could “promote” the five Commander decks – one for each faction. This dug into the playstyle of each deck, explaining what kind of player would most enjoy it.

As we’re extremely good detectives (none of the crime families would be a match for us) we’re on the case, bringing you some sensible guesswork about the mechanics and playstyles for the Commander decks of each Streets of New Capenna faction. We’d be positively bamboozled if these didn’t match up with the factions’ Standard playstyles too.

First up, the deck for the Maestros, titled ‘Maestros Massacre’. The description for this one suggests it’s for players who enjoy “massacring their opponents” and that the Maestros want to win at any cost. So basically, it’s aimed at the kind of Magic player no one wants at their games. Mechanically though, we reckon it’ll be stuffed with removal and may have a sacrifice or pay life theme.

Then, the Obscura deck. Named ‘Obscura Operation’, it’s targeted at “players who love strategising and saving their big reveals for later in the match”. Can you say ‘counterspell’? It sounds like a control deck that aims to make games go long. It also seems a fair bit of hand disruption and scrying may feature, as the Obscura faction is all about surveillance. Could the ‘Surveil’ keyword finally make a comeback? 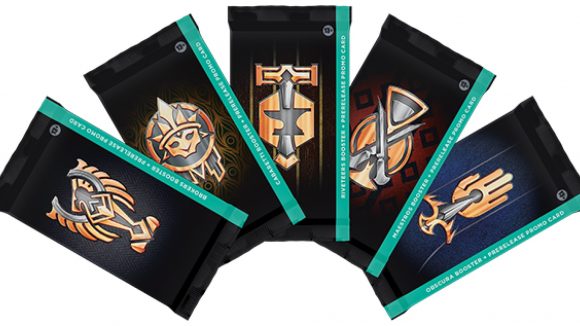 After that, we’ve got ‘Riveteers Rampage’. It sounds like the opposite of the Obscura deck, as it’s for “players who prioritise high-speed, hard-hitting attacks”. Sounds pretty simple – we can assume it’s an aggro deck full of big, hasty creatures.

Then, the Brokers’ ‘Bedecked Brokers’ deck, which may be for you if you “believe a solid defence is the greatest offence”. Very fitting for a faction of lawyers. We can assume it’s a defensive deck that’s looking to outlast the opponents. Though how that’ll fare now Goad is Commander evergreen remains to be seen.

And finally, The Cabaretti deck, ‘Cabaretti Cacophany’, for “players who love to gather and play loads of low-cost creatures.” Sounds like it’s drawing heavily on the White colour of the faction. It’ll presumably be a deck that gathers a horde to overwhelm its foes. Perhaps tokens will feature? Everyone loves token decks.