Looking for the Magic: The Gathering 2022 release schedule? This year won’t be a quiet one for the trading card game. A bumper crop of main expansions and supplemental MTG sets are on the way, introducing new worlds to the MTG multiverse, returning a couple of fan-favourites, and adding a few unusual mash-ups.

We’ve collected the release dates of every 2022 MTG set into this schedule. Exact release details for several of the upcoming sets are still a mystery right now, but we’ve compiled all the information that’s currently out there. And to make things a little easier, we’ve listed every 2022 MTG release in chronological order, before digging into the meat of each set.

Besides the year’s four main expansion sets – Kamigawa: Neon Dynasty, Streets of New Capenna, Dominaria United, and The Brothers War – 2022 will also include a bunch of supplementary sets, and the next ‘Universes beyond’ product that combines MTG with Warhammer 40k. Once you’re done browsing the new releases, why not read our pick of the best MTG Planeswalkers, or the best MTG deck builders you should be using?

What is the Magic: The Gathering 2022 release schedule?

Now we know the rough MTG 2022 release dates, let’s look at the sets in more detail. 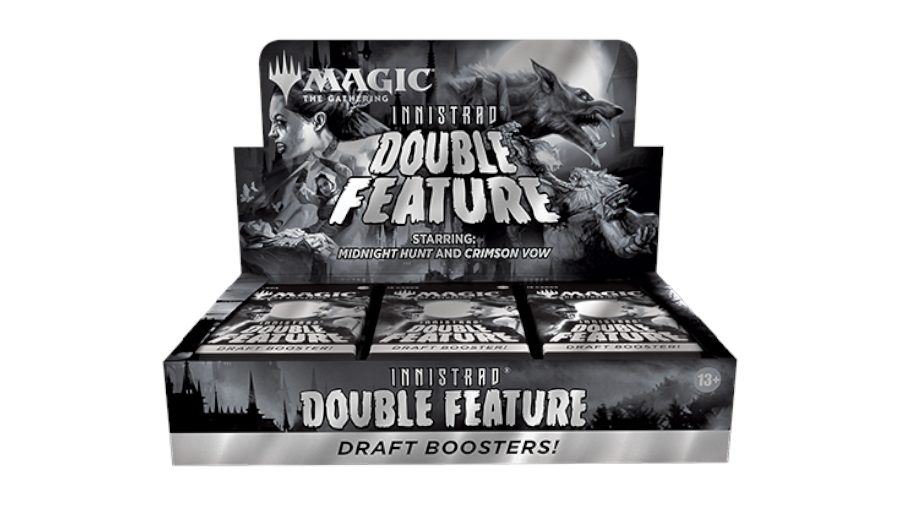 The first set released in 2022, Innistrad: Double Feature combined select cards from Midnight Hunt and Crimson Vow into a single set tailored for drafting. To create an old horror movie feel, each card was printed in greyscale. Innistrad: Double Feature was only available to buy in draft boosters from local game stores. In our view, the set could have been brilliant, but wasn’t. 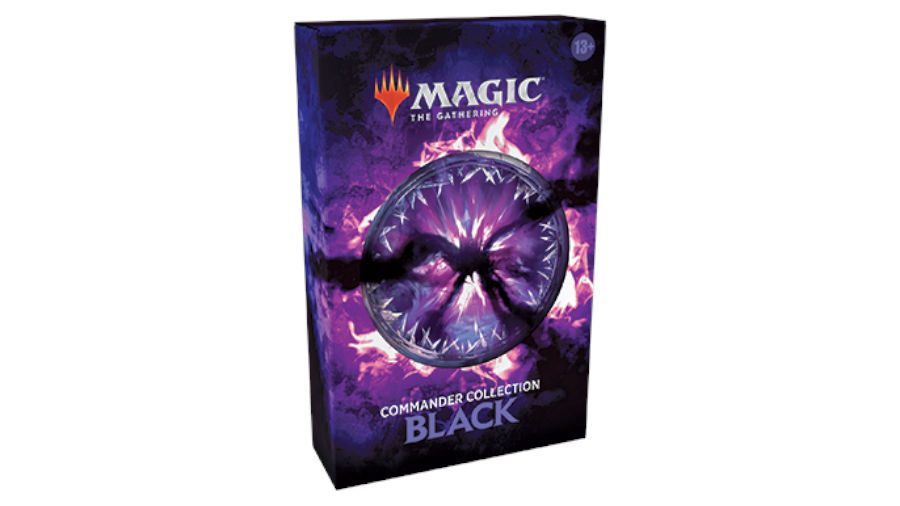 Also released on January 28, Commander Collection: Black is a small boxed set of eight reprinted Black cards. Wizards says they’ve been selected to “showcase iconic black strategies in Commander”, and each has been redesigned with exclusive new artwork.

The eight cards included in the box are: Ghoulcaller Gisa, Ophiomancer, Reanimate, Toxic Deluge, Phyrexian Arena, Sol Ring, and Command Tower, a double-sided Snake-Zombie token, and a double-sided card with Legendary Planeswalker Liliana, Defiant Necromancer on one side and Legendary Creature Lilian, Heretical Healer on the other. 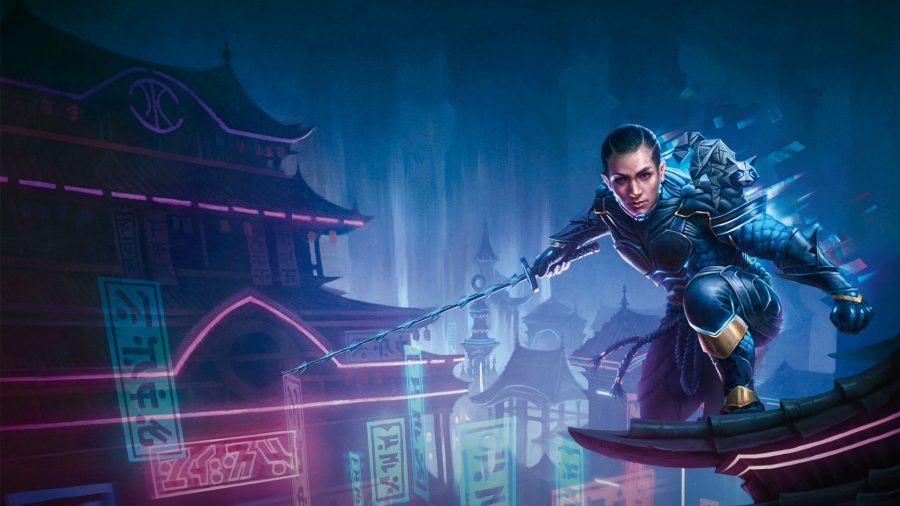 The first main set release of 2022, Kamigawa: Neon Dynasty returns to the fan-favourite, and much-requested, Japan-inspired plane of Kamigawa. Set 1200 years after the original Kamigawa block released back in 2004, the set injects sci-fi themes into the plane. It harkens back to old mechanics and plays on Kamigawa’s history through Saga Enchantments, while also adding new design elements, like Equipment Creatures.

A Wizards Play Network article published in October revealed Kamigawa: Neon Dynasty would release on February 18. The set’s prerelease event ran from February 11 – 17, and it hit MTG Arena a week prior on February 10, following the trend of recent releases. 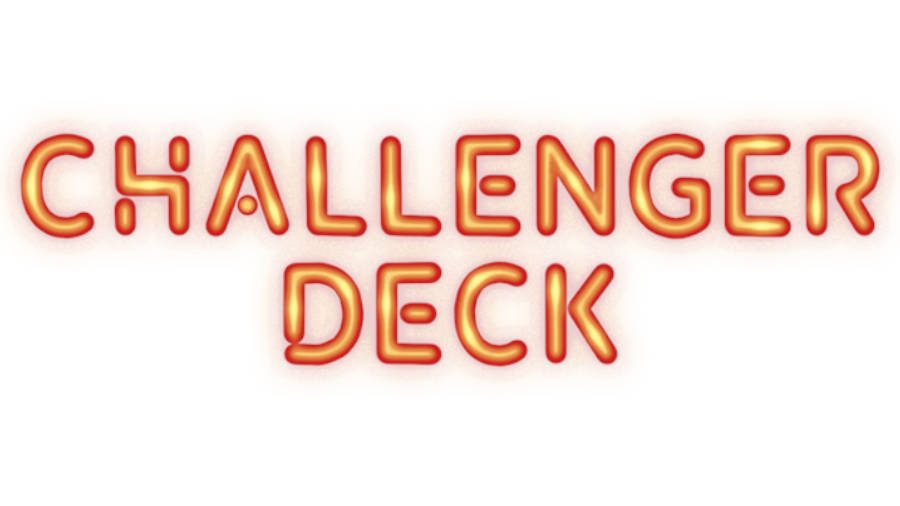 2022’s Challenger decks continue the trend of recent years. The four preconstructed 75-card decks for Standard and Pioneer formats released early this year, and are designed to provide a competitive collection of cards for new players to use right out of the box.

There are four decks in total: Rakdos Vampires, Gruul Stompy, Mono-White Aggro, and Dimir Control. Each one is designed to be ready to play right out of the box. 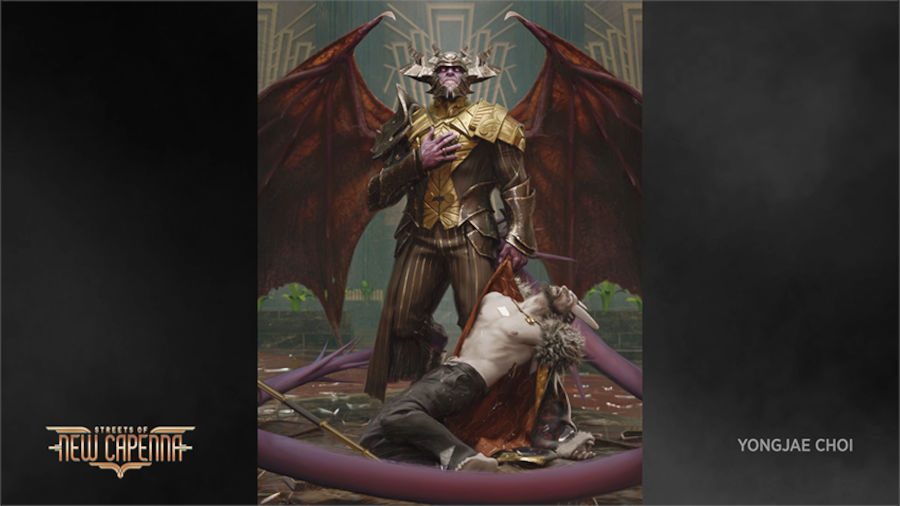 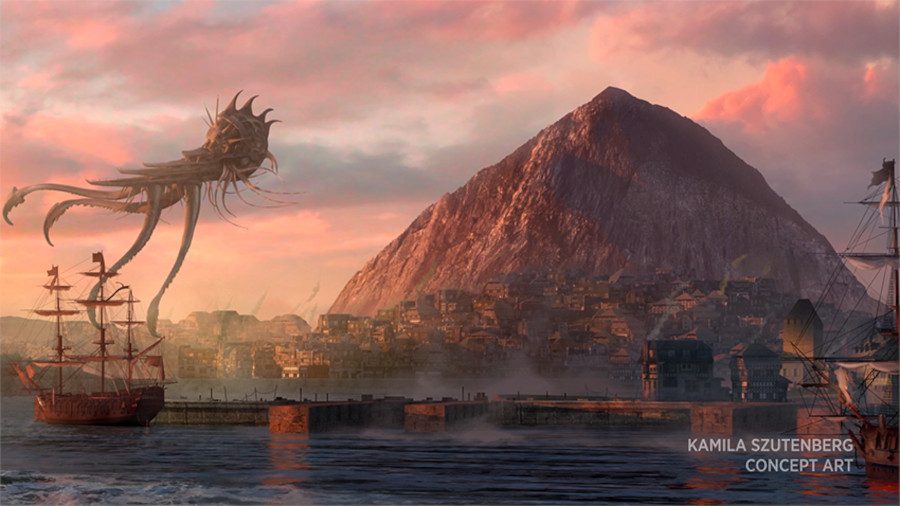 Battle for Baldur’s Gate will include iconic D&D spells, characters, and monsters alongside new mechanics. As with 2020’s original Commander Legends set, it’s been specifically designed to be drafted and played in the Commander format. 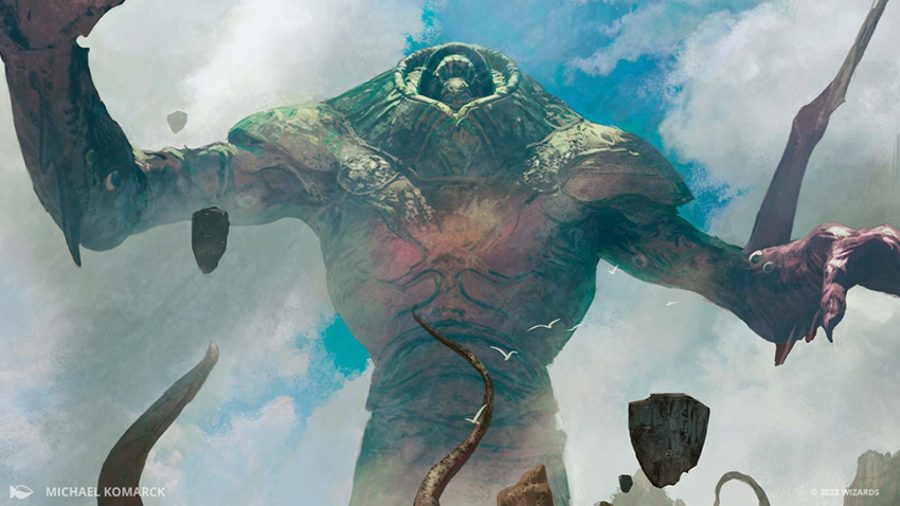 Double Masters returns on July 8 this year. The booster-based compilation set will follow the same format as past releases: two rares and two foils in each draft booster, alongside new reprints and a bigger focus on multicolour drafting.

We’ve already seen a sneak peek at Double Masters 2022,  and know it will have some choice reprints of some pretty expensive Magic cards, such as two-mana planeswalker Wrenn and Six and Eldrazi cosmic horror creature Kozilek, Butcher of Truth. 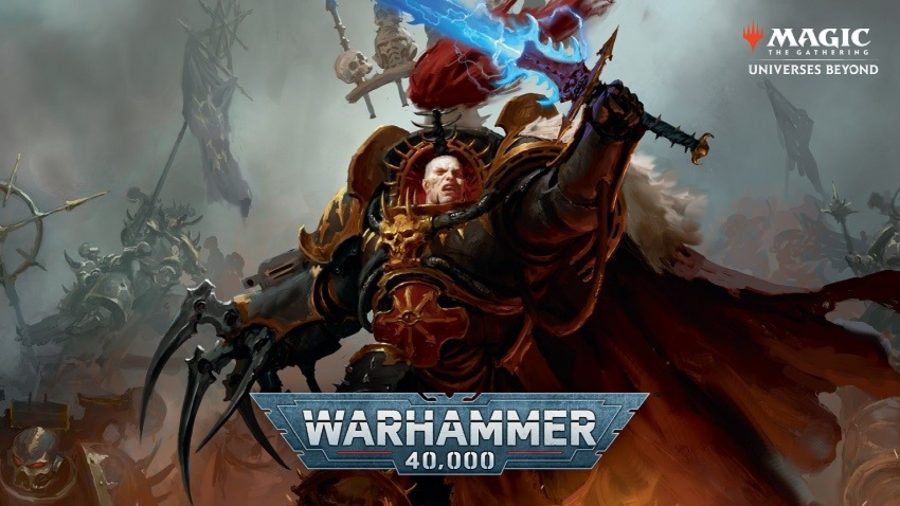 Perhaps the oddest and most tantalising release of 2022, MTG’s Warhammer 40k Universes Beyond crossover is slated for August 12. The set will include four Commander decks: for Necrons, Tyranids, The Imperium of Man, and Chaos.

The decks will include both new cards and old cards rethemed to the 41st Millennium. Alongside the EDH decks, there’ll also be three Secret Lairs featuring Age of Sigmar, Blood Bowl and Warhammer 40k Orks. 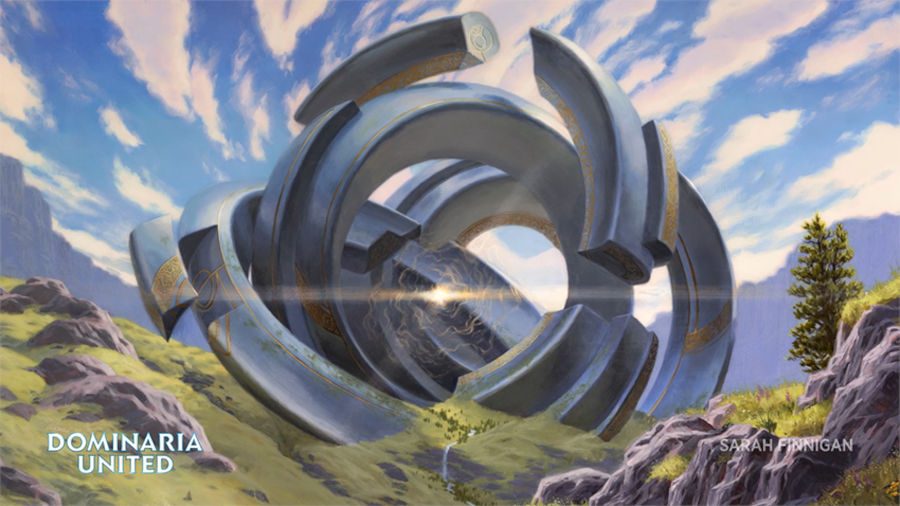 The most famous plane in the Magic Multiverse, and the original setting of the TCG, Dominaria has cropped up in MTG releases time and again. To coincide with the game’s 30th-anniversary celebration, Dominaria will also be the setting for 2022’s third main set release, coming September 9.

Dominaria United apparently marks the first set in a four-set story arc where the fate of, not just the plane, but the whole multiverse, hangs in the balance. Since Wizards has clearly been gearing up for a storyline involving the Phyrexians, it’s not hard to guess what this might include. 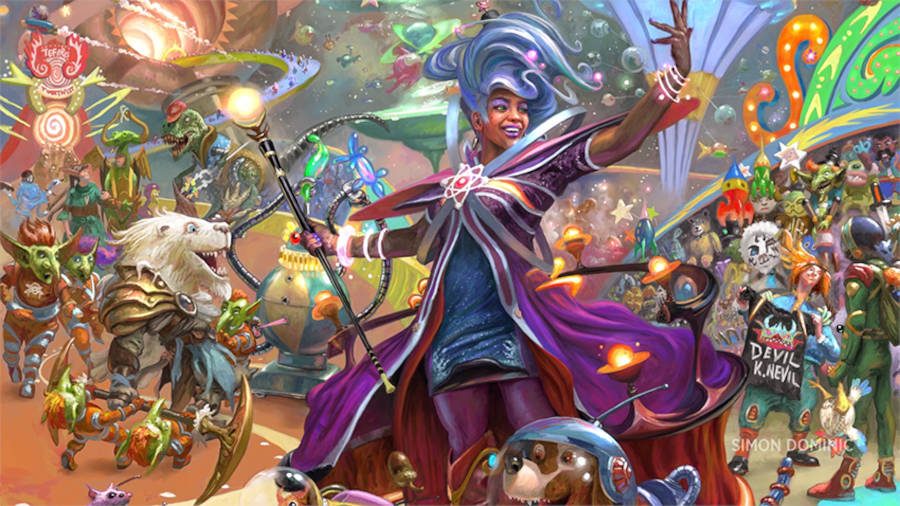 An ‘un-set’ that’s more than a little tongue-in-cheek, Unfinity will go full sci-fi in September. Described as “retro-futurist fun meets a space carnival” it’s intended to celebrate the sillier side of MTG and stretch the game’s mechanics to new boundaries. It will release in both draft and collector booster packs.

In a stark change from previous un-sets, Unfinite will be an entirely black-bordered release, meaning it can be played in any eternal MTG format including, Commander, Vintage, and Pauper. However, not every card in the set will be tournament legal. Wizards will be adding a new ‘acorn security stamp’ to some of the cards that functions much like a silver border; designating them as illegal cards outside of casual play.

The idea is to provide a set that offers some cards for Commander alongside a bunch of totally illegal picks, too. This set was originally slated for April 1, but it had to be delayed due to COVID-19. 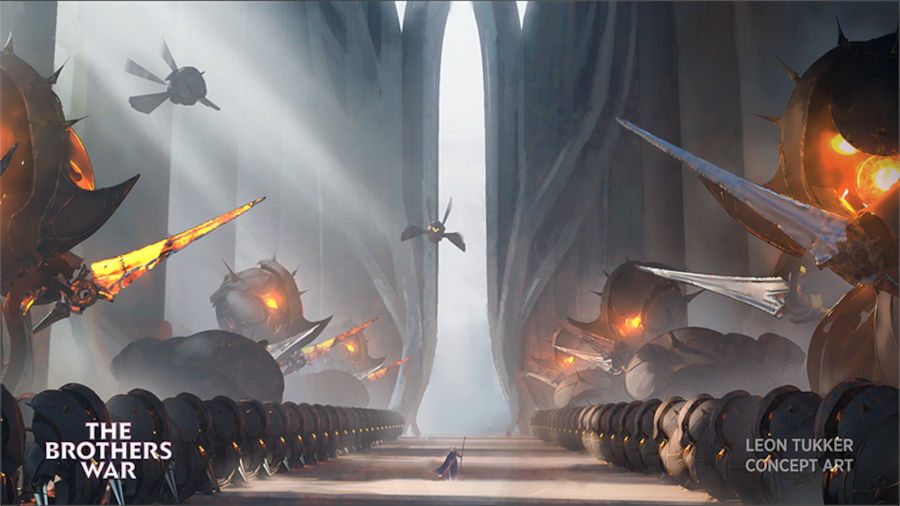 The final main set release of 2022 returns to Dominaria yet again, but jumps a long way into the past. Set during a pivotal moment in MTG’s lore – in which a brotherly rivalry between the two Planeswalkers Urza and Mishra flared into a multiverse-defining war – The Brothers’ War will give us a new look at the conflict. Details are scant, but expect to see more characters and locations of Dominaria, as well as killer artifacts and mighty mechs. 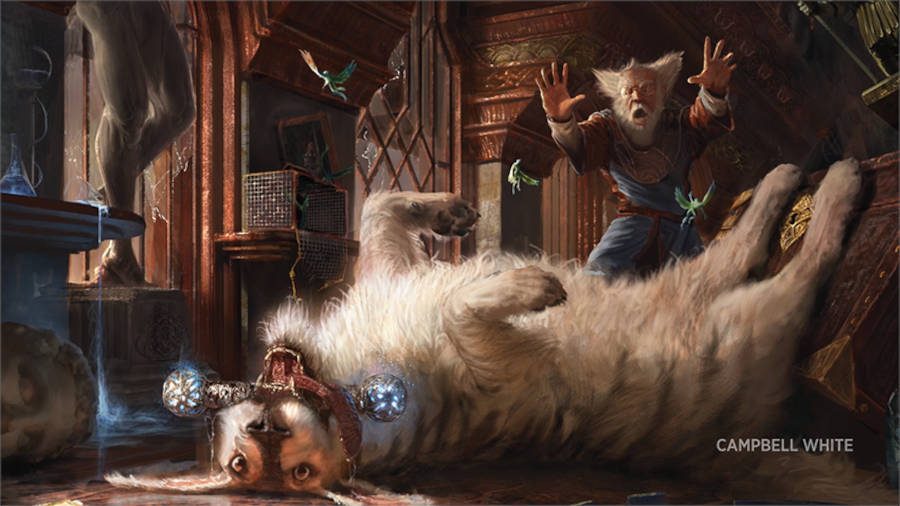 The much-loved, beginner-oriented Jumpstart will return this year. So far, no theme has been announced, but the general format is the same: combine two booster packs into a complete, fully-fledged deck on the fly; great for new players looking to quickly get into a competitive game. Although dominated by reprints, Wizards says a new-to-Magic card will be included in each Jumpstart 2022 booster pack.