The newly released Magic: the Gathering set, Kamigawa: Neon Dynasty, is causing quite the stir – far more than is normal for a new Magic set. There are many reasons for its popularity. The cyberpunk setting has clearly gone down a treat with a lot of fans, and it feels like a breath of fresh air after a double helping of Innistrad’s doom and gloom; the artwork is varied and gorgeous; and the power level seems about right, for starters. But there’s more to it than that. The phrase “Magic is magic again” keeps popping up on social media, neatly encapsulating the idea that something is fundamentally different about this MTG set. I think it’s this: With Kamigawa: Neon Dynasty, Magic has got its storytelling spark back.

The last time I felt this energy coming off the MTG community was during War of the Spark, in 2019, which – not coincidentally – was the last time Magic’s story really came to the forefront. Not that it was perfectly executed at the time; Niv-Mizzet came back to life before we found out he’d died, and the War of the Spark: Ravnica novel went down like, if not a lead balloon, then the rubbish sort with no helium. But publisher Wizards of the Coast kept the wheels turning, and there was a major buzz of excitement about the characters and plot line.

Magic’s storytelling is a bit like Marvel’s at times – it’s all about generating hype around an already established cast of heroes and villains. Who will show up next? What will they do? And will they be sporting a shiny new costume? War of the Spark, with dozens of planeswalkers wrapped up in one big battle, was the TCG’s Avengers: End Game moment.

Sadly though, Magic has been in a bit of a plot drought ever since. Not that there was no story at all, more that nothing truly memorable happened. Cast your mind back just one year to the events of Kaldheim, an extremely popular set by all accounts. I liked it, anyway. I can’t for the life of me tell you what happened in it, though. Something about an elf king, right? Worlds colliding with one another, maybe? 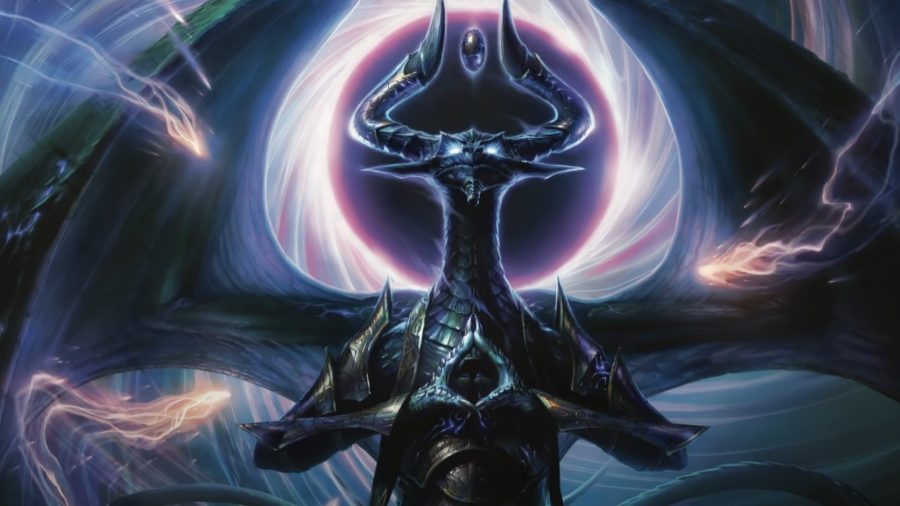 With Kamigawa: Neon Dynasty, that’s well and truly over, and Magic: the Gathering’s story is in full flow once more. We have characters, like The Wandering Emperor and Kaito, with strong personalities and – crucially – clear relationships with each other. Wizards’ marketing budget helped out here, as WIT Animation’s anime trailer brought these two to life and tugged at the heartstrings, showing The Wanderer teleporting away just as she and Kaito embraced.

Heroes and villains in Neon Dynasty feel more fleshed out, and events have greater impact

We have proper main villains again now, too – not just lurking around looking menacing before trying to headbutt someone (looking at you, Vorinclex), this time they’re actually doing something. The Phyrexian Praetor Jin-Gitaxias is capturing Kami like he’s playing Pokémon, for one thing, and Tezzeret’s there too, as the cackling henchman he seems destined to be. Sure, we don’t know quite what’s going on, but things are clearly in motion. There’s intrigue afoot, and we can theorise about what it all means. For my crimes, I’m that kind of Magic fan; I’m the boy who cried “Eldrazi!” every time anything even vaguely tentacle-shaped shows up on a card. Wild speculation is half the fun for me.

And best (worst) of all we have tragedy. Tamiyo, poor, sweet Tamiyo, reduced to a state of evil robothood, quite literally a fate worse than death. In years to come, that moment of shared grief when the card Tamiyo, Compleated Sage was revealed, if nothing else, will have stuck with fans. 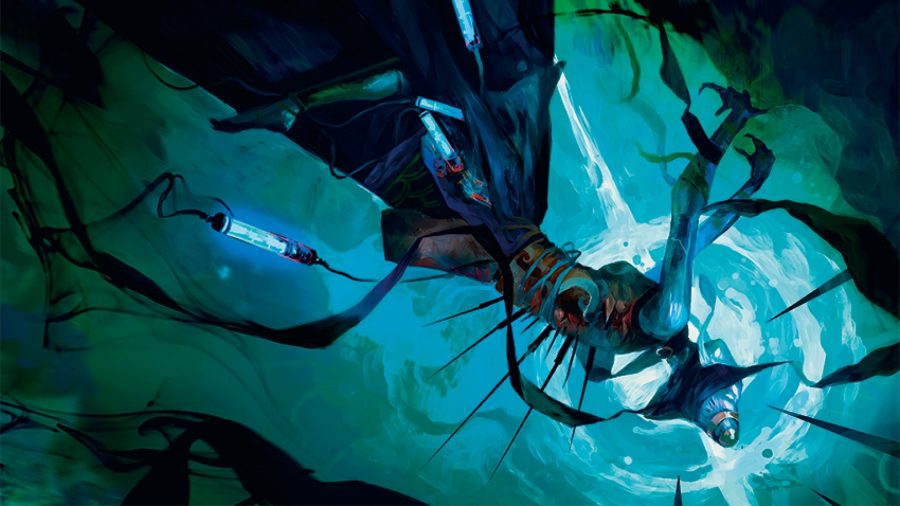 Of course, the true power of that reveal are the implications it has for the future. Wizards knows just what it’s doing here, unveiling the gutshot card with a nod and a wink. The designers have made special rules for compleated Planeswalkers, and chances are slim they’ll only use them this one time, which means lives will definitely be on the line in future sets. This is part of the drama, I think, just told in a very different way.

Which brings me on to a broader point. Storytelling in Magic isn’t just done through text. Many of us don’t seek out the written works. It’s not that we’re not interested in the story that’s being told, but we engage with it in other ways: through announcements, through artwork, and the mechanics of the game itself, through word of mouth, through theories, through ‘hype’.

Magic has to supply story at every level, from its written tales to what appears on the cards themselves. So, of course, in Kamigawa: Neon Dynasty, it’s not just the plot beats that have kicked the game’s storytelling into high gear. The set’s themes shine through in its cards as well.

To illustrate briefly, take the bizarre array of card types in the new set. Everything’s a creature in Kamigawa, from Equipment to Enchantments. It’s bewildering at first, but look closely, and you can find the story in it – one of tension between technology and tradition. See, the Enchantment creatures are those that have kept a connection with the spiritual world of the Kami, while the Artifact creatures are those that have turned their backs on the old ways to look to new technology instead. Finally, you’ve got cards (all found in White and Black colours) trying to strike a balance, which require you to use both Artifacts and Enchantments to make the best use of their abilities. 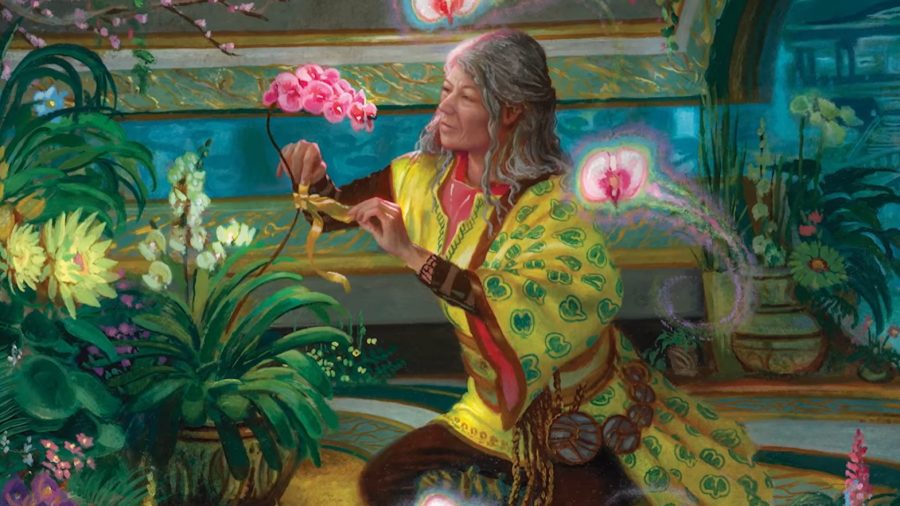 Compare all this to how the Enchantment type was sprinkled on creatures semi-randomly in 2020’s Theros: Beyond Death, and the difference is night and day.

I’m aware that no one plays Magic: the Gathering for the story alone. It’s not a movie, and books are still a thing in the year 2022 (or so I’m told). But an original story is one thing that sets Magic apart from other card games. If it wasn’t fundamental, then no one would’ve been upset about Universes Beyond mashing IPs together.

So it’s exciting to revel in what’s happening to Magic’s story right now and cast an eye to the future. Wizards is clearly laying down set-up in Kamigawa: Neon Dynasty. I, for one, can’t wait to see the pay-off… even if they botch it a bit, like War of the Spark.