Magic: The Gathering’s Phyrexians are biomechanical beings that look a lot like they were designed by H.R Giger. They’re fusions of metal and flesh that are driven to turn all life they encounter into artificial robot-folk like themselves. The Phyrexians are driven by a fantatical belief in their twisted cause and are determined to invade other worlds and convert them, in a process known as ‘compleation’. As MTG villains go, they’re pretty nasty. While Nicol Bolas was evil, he sure wasn’t as unpleasant as these metal freaks.

Signs are pretty strong that the Phyrexians will be the next big bad to threaten the Magic: The Gathering multiverse. One-off Phyrexian creature cards have been popping up on all sorts of planes throughout recent sets, stealing various magical macguffins to further some unknown plan. It’s not clear exactly what they’re up to, but it can’t be anything good.

If the Phyrexians are about to return, now would seem like a good time for a recap. Whether you’re foggy on some of the finer details, or have never heard the word Phyrexian before, this guide will fill you in on these most unpleasant MTG creatures. 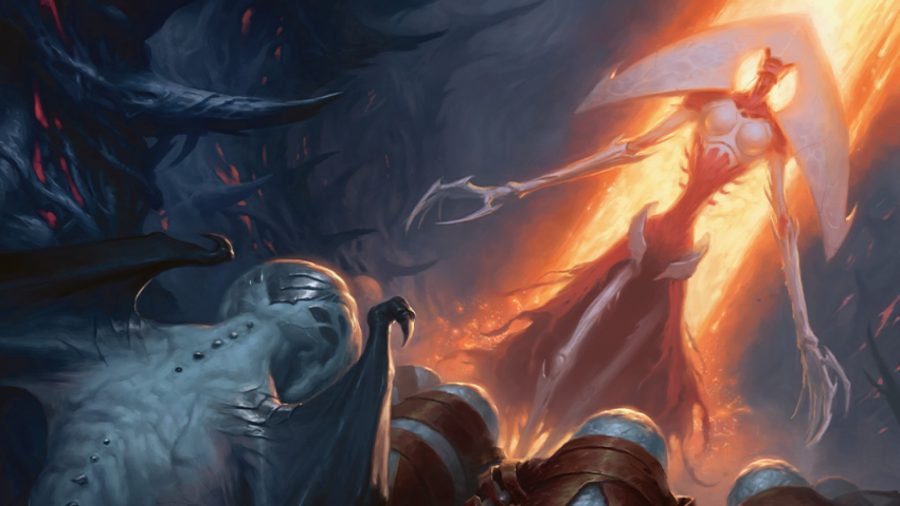 The original plane of Phyrexia was a metal hellscape cultivated and curated by Yawgmoth – a true bastard who was exiled to the plane from Dominaria. Yawgmoth is responsible for creating the process of compleation, which converted organic life into an amalgamation of flesh and rusty or oily black metal. He turned Phyrexia into the worst place to live in all the multiverse, and prepared it for war.

During an invasion of Dominaria, Phyrexia was entirely wiped out by weapons of mass destruction, and is now nothing but a smoking ruin.

All’s well in Dominaria: Our set guide to Dominaria United

But don’t worry, Phyrexian-lovers, this state of affairs wouldn’t remain the same for long. The planeswalker Karn carelessly left some Phyrexian oil on the bizarre metal world of Mirrodin, which he had created. This slowly spread Phyrexian corruption across the plane like a virus, until the whole world was a hideous mess. It’s now known as New Phyrexia.

Whereas Phyrexia had been unified with a single diabolical purpose, and only used black or colourless mana, New Phyrexia uses every mana colour. It’s more fractured as a result- and has number of factions, each lead by a ruler known as a Phyrexian Praetor. 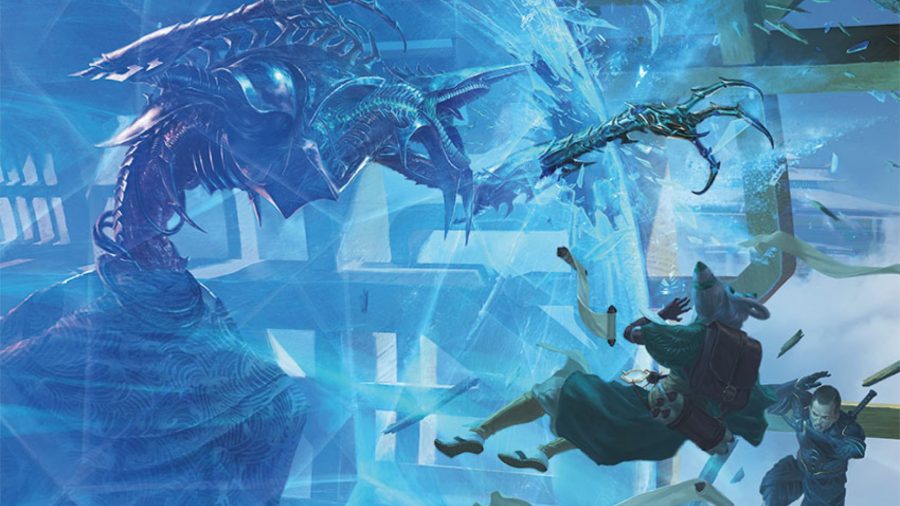 Who are the Phyrexian Praetors?

There are five Praetors who rule New Phyrexia. They are:

Elesh Norn, the white Phyrexian Praetor and leader of The Machine Orthodoxy, a religious sect devoted to the mission of ‘uniting’ all life. She is currently the de facto ruler of New Phyrexia.

Jin-Gitaxias, the blue Phyrexian Praetor. Obsessed with furthering the art of completion and improving Phyrexia through experimentation, Jin-Gitaxias. He leads the laboratories of The Progress Engine, and was most recently seen in the set Kamigawa: Neon Dynasty where he did experiments on the plane’s spirits and (sob) compleated the planeswalker Tamiyo

Begin again: A guide to The Brother’s War set

Vorinclex, the green Phyrexian Praetor and ruler of The Vicious Swarm. Vorinclex believes might makes right, and wants Phyrexia to develop through natural selection – with the strong devouring the weak and growing stronger through constant competition. He most recently showed up for a bout with Kaya on the plane Kaldheim, where he stole some tree sap which gives the plane’s gods their powers.

Sheoldred, the black Phyrexian Praetor rules the Seven Steel Thanes, a feudal, highly hierarchical society, dominated by cruel, competing warlords who enslave or slaughter all who oppose them. Her territory was taken over by Elesh Norn, so it’s rather unclear what became of her.

Urabrask, the red Phyrexian Praetor, is the nicest of the bunch. He controlled The Quiet Furnace, a realm of ironworks and furnaces that built weapons and recycled dead Phyrexians. Unlike most Phyrexians, Urabrask believes in freedom, and is the least aligned with Elesh Norn’s grand plan. He allowed Mirrodin survivors to live in his domain, and recently showed up injured on New Capenna, where he claimed to have plans for a revolution…