Dominaria United is the third Standard Magic: The Gathering set coming up this year. Returning once again to the titular plane of Dominaria, which has served as the setting for some of the biggest storylines in MTG lore, it will bring another helping of high-fantasy Magic to the tabletop, and promises multiverse-shattering stakes.

But Dominaria United isn’t just any expansion set, it will also mark the trading card game’s 30th anniversary. And the setting seems fitting. Dominaria was the first plane visited in MTG, and is home to some of the game’s most recognisable characters: Liliana Vess, Nicol Bolas, and Urza. It’s a focal point of the Magic Multiverse, and is often at the centre of world-spanning events and Planeswalker plots. It appears a new one of these is about to kick off, as Dominaria United will be the first set in a four set story-arc “where the fate of Dominaria—and the Multiverse—is set to unravel”.

Ahead of the set’s release, we’ve rounded up everything we know about Dominaria United in this handy guide. If you’re after a quicker overview, read our rundown of the MTG 2022 release schedule, or check out what we know about The Brothers’ War and the MTG Warhammer 40k Universes Beyond crossover.

Announced in a sneak peek livestream in May, Dominaria United will release on September 9. That’s when it’ll be hitting shelves worldwide. As usual, there’ll be a few weeks’ worth of spoilers and card previews to whet our appetite before then, along with pre-release events in the week before, from September 2 – 8.

Previously we’d have been pretty safe in guessing Dominaria United will hit MTG Arena one week before its worldwide tabletop release, coming to Arena on September 2. But in 2022, Wizards has been experimenting with its release schedule, so it’s no longer such a sure thing. 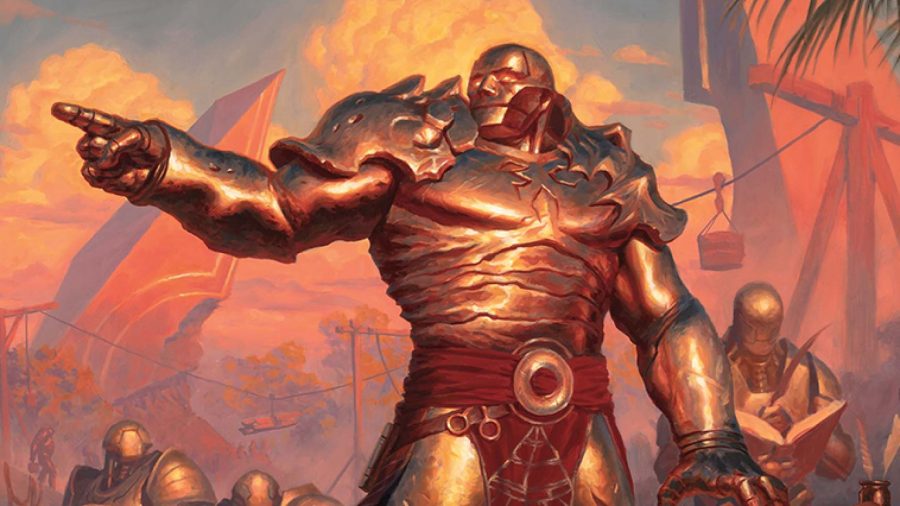 The Dominaria United spoiler season hasn’t kicked off, so there’s no card previews to show just yet. When they emerge from the depths of Wizards HQ, we’ll be sure to post them right here.

However, we do have a few hints at what the set will contain. For starters, we know it will be the starting point for a new story arc that will span four sets and have major stakes for the whole MTG multiverse. Given that Magic’s next big bad seems certain to be the evil robot Phyrexians – they’ve been cropping up in sets for a couple of years now – it’s not hard to guess what this might be.

Further evidence that points in that direction is the set symbol for Dominaria United. It seems to be the logo of ‘The Coalition‘, a group of unified forces created by Urza that once resisted a Phyrexian invasion of the plane. Hmm…

Next up: Everything we know about The Brothers’ War expansion

Packaging for the set has also been revealed, giving us a strong indication of the characters likely to crop up in Dominaria United. For starters, we’ve got metal planeswalker Karn, seen on the draft booster box alongside Jodah, Archmage Eternal and Shanna, Sisay’s Legacy. Magic’s famous flying ship, the Weatherlight, also appears in the background of this image, so a new card featuring this air boat seems extremely likely. 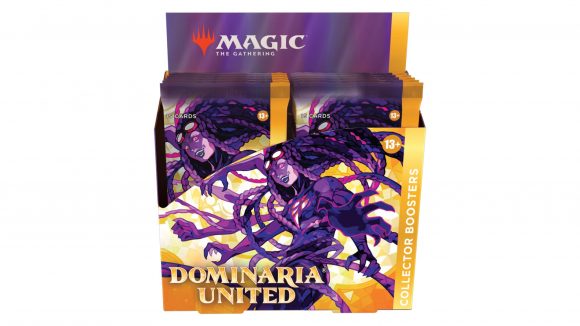 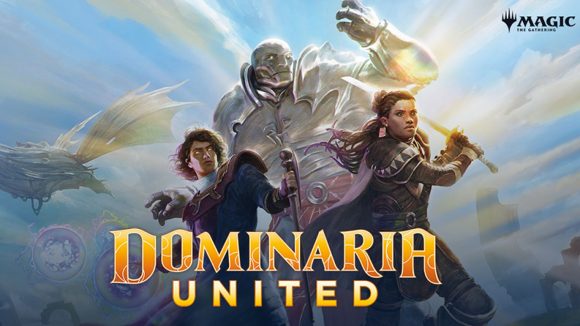 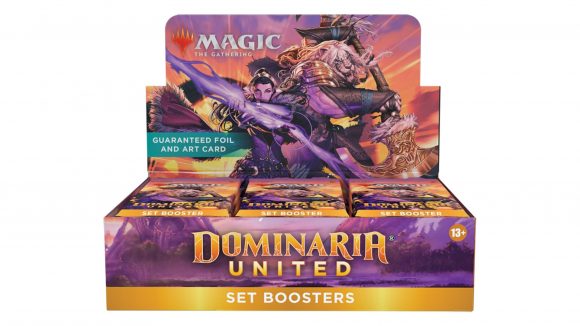 Meanwhile, we’ve got planeswalkers Ajani and Liliana on the set boosters, and a cartoon depiction of Braids on the Collector Boosters. Teferi also appears on Dominaria United artwork. 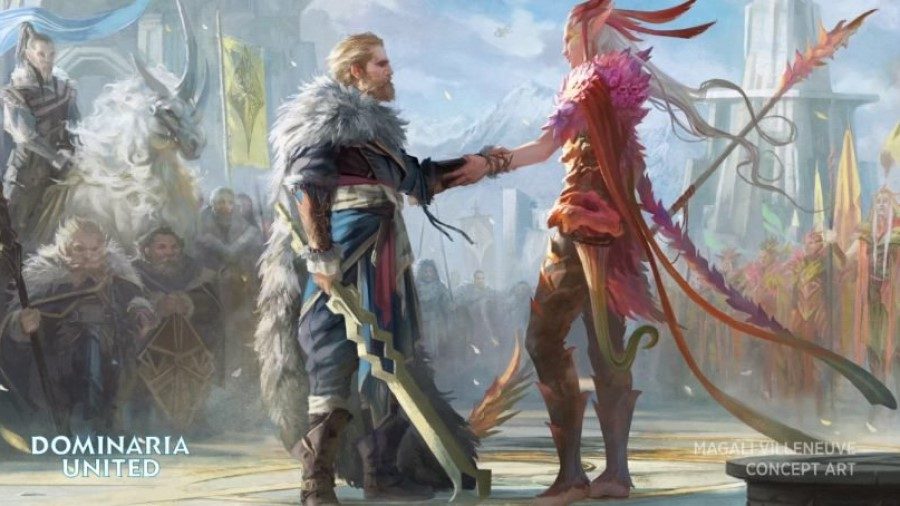 No specific mechanics, features, or peculiarities of the set have been announced yet. That probably shouldn’t come as a surprise, given that we’ve had no card spoilers as yet.

Once we’ve got a better idea of the mechanics and seen a few cards, we’ll be sure to update this section and share them here.