The Brothers’ War is the fourth and final Standard Magic: the Gathering set coming up in 2022. Taking place on the TCG’s premier plane of Dominaria, the set will cover a pivotal moment in the history of the MTG multiverse: a massive, world-spanning war, featuring devastating magical artifacts, monstrous mechs, and some of Magic’s oldest heroes and villains.

Many MTG veterans have ants in their pants about the upcoming The Brothers’ War set, and that’s because it’ll be a retelling of a story we’ve heard before. The high-tech war between super artificer bros Urza and Mishra was the focus of Magic’s second ever expansion, Antiquities, released in 1994. There was even a The Brothers’ War book – by fantasy author Jeff Grubb. That means the contents of the upcoming set are ripe for speculation. It’s a safe bet to expect shiny new versions of old, underdone cards and characters.

With the release of the Brothers’ War still several seasons away, Wizards is keeping its cards close to its chest (badum-tss). But here, we’ll cover everything it’s let slip: all the details revealed so far. If you want the lowdown on the other Standard sets planned for 2022, here’s what we know about Kamigawa: Neon Dynasty, Streets of New Capenna and Dominaria United. You can also get a quick overview of the year ahead in our rundown of the 2022 MTG release schedule.

As announced in the 2021 Magic Showcase, The Brothers’ War will be the last Standard set of 2022, and will arrive in the final quarter of the year. That’s October, November, or December, in case fractions aren’t your strong suit.

We don’t have a specific release date to fill you in on just yet, but head MTG designer has said it will release around the same time as Crimson Vow did in 2021. If that’s the case, we can expect the set to arrive in November.

Assuming Wizards sticks to its typical schedule, you can expect to see tons of spoilers and previews popping up in the weeks before The Brothers’ War releases (we’ll keep you posted, naturally). It’s also likely the set will drop on MTG Arena one week before physical copies become available. 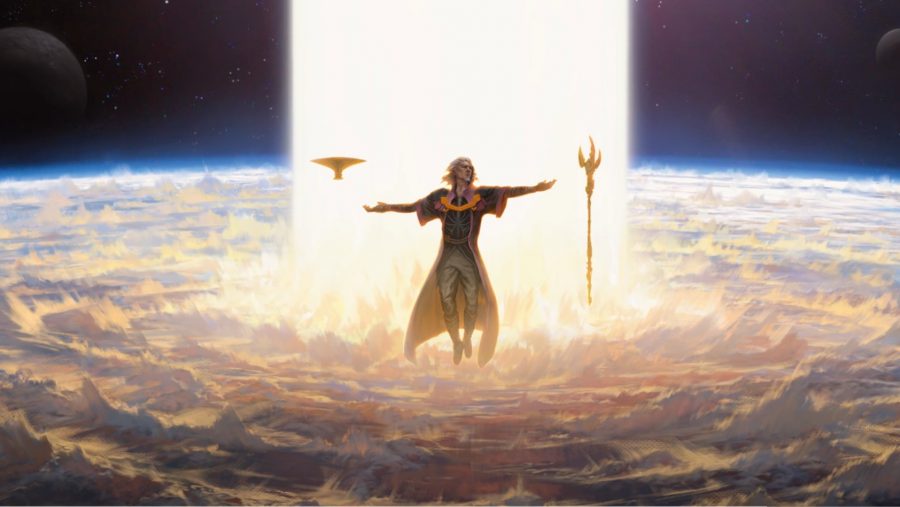 Spoiler season for The Brothers’ War is a far-off star twinkling on the horizon, but, while no cards have been revealed yet (and no questionable, impossibly grainy card leaks have emerged), we can still use what we’ve been told to make some useful predictions about cards in the upcoming set.

For starters, official artwork shows Urza and Mishra throwing down while surrounded by all sorts of mechanical minions, and it’d be downright weird if the titular brothers did not each receive new cards. As for those mechanical minions, we’re expecting a set with a heavy focus on Artifacts, Equipment and Artifact Creatures. In a blog post on the 2021 Magic Showcase published last August, Wizards content manager Adam Styborski revealed “we’ll see a plane-spanning conflict escalate with artifacts, giant mechs, and beyond”.

One powerful Artifact in dire need of a glow up in The Brothers’ War is the Golgothian Sylex, the superweapon Urza uses to end the fighting. The single card it appears on at the moment is particularly underwhelming, only interacting with other cards from the Antiquities set. That might have been relevant in the 90s, but not so much now. 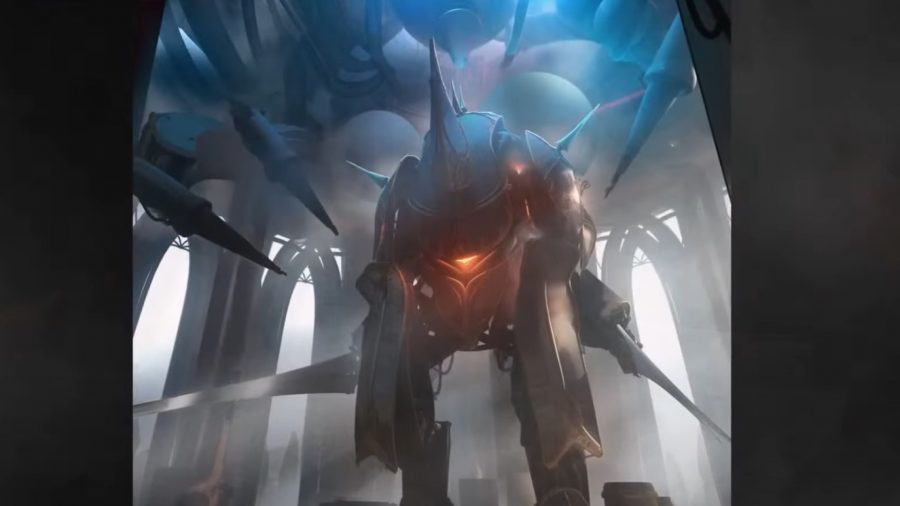 As we mentioned, Artifacts will play a heavy role in The Brothers’ War set. In the past, Artifact-heavy sets have been notoriously hard to balance, and often led to broken Standard environments.

But the fact that Artifact cards can now have colour restrictions allows Wizards to be a little less cautious when designing them, so there’ll most likely be some outrageous examples of this card type. Perhaps there’ll even be a few cards with Affinity for Artifacts – a notoriously troublesome mechanic, but one that’s been pretty popular in the past.

Stacking up: What is The Stack in MTG?

The last Artifact-themed sets in MTG were the ones in Kaladesh block in 2016. Looking back at Kaladesh’s Artifact-focused mechanics, Fabricate and Improvise have the most potential for a revisit. Another big Kaladesh mechanic, Energy, seems less likely to come back, as it was an itty bit controversial.

Magic: the Gathering has been through some momentous design changes since Urza and Mishra first waged war, and it’ll be intriguing to see modern design sensibilities at work on a piece of the game’s past. Planeswalker cards were a decade away when Antiquities released, and Vehicles – surely relevant to a conflict in which great war machines go toe-to-toe – were but a distant dream. Odds are extremely good that at least a sprinkling of each will make it into The Brothers’ War set. 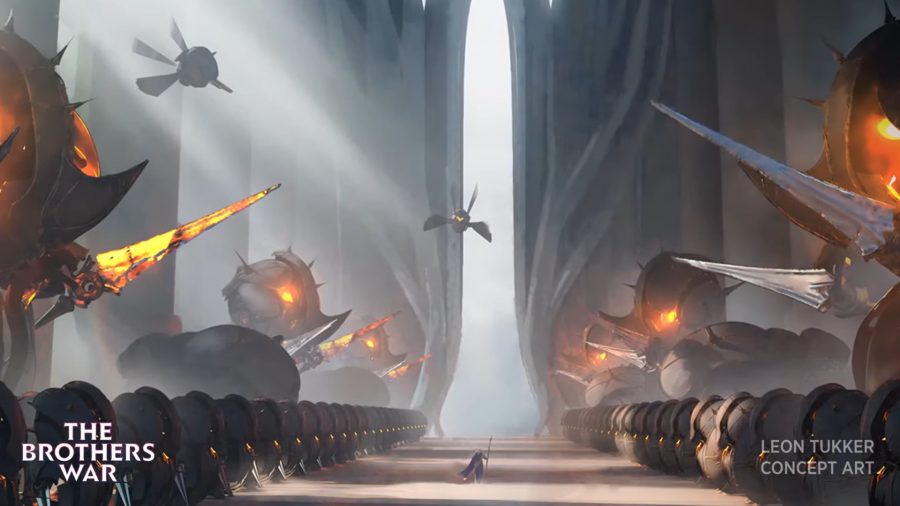 The main factions in The Brothers’ War will presumably be the forces led by the two brothers. They’re not just playing soldiers with robots; Urza controls the coastal kingdom of Yotia, and Mishra the desert empire of Fallaji. Neither faction has really been fleshed out much before, however, always playing second fiddle to the artifacts – relics left over from a fallen kingdom called the Thran Empire. There’s also the shady Brotherhood of Gix, led by Phyrexian demon Gix, who’s pulling strings behind the scenes and slowly corrupting Mishra.

The phyrexians are central to the story of The Brothers’ War

The Antiquities set and The Brothers’ War book feature the first appearance of perennial Magic villains, the Phyrexians. There’ve long been hints that the Phyrexian Praetors (big, mean robots who want to turn us all into littler mean robots) are setting up to return as MTG’s next big bads, after the events of War of the Spark took nasty Nicol Bolas out of the picture. The Phyrexian Vorinclex popped up in Kaldheim, Jin-Gitaxias showed up in Kamigawa: Neon Dynasty, and Urabrask is in Streets of New Capenna.

We’d say it’s quite likely the Phyrexian creature type will appear somewhere in The Brothers’ War set. Strong candidates include the Phyrexians’ creator, Yawgmoth. Or perhaps Gix will get a look-in; the poor demon’s never had a Constructed-legal card before. Or (tinfoil hat time) maybe there’ll be a time-travelling Praetor! Stranger things have happened.