Innistrad: Double Feature hasn’t had the best week. The upcoming Magic: The Gathering set, which will be the trading card game’s first release of next year, was finally fully revealed when Wizards uploaded its card list online. But this particular spoilers reveal – usually a time of frantic analysis by MTG fans, as they pore over a set’s cards to find its best pickings and synergies – fell rather flat.

Originally billed as a compilation set that will combine select cards from Innistrad: Midnight Hunt and Crimson Vow into a “unique draft experience”, Double Feature is instead shaping up to be quite a different beast. It will actually combine virtually every card from the two sets, rather than a curated selection that’s specifically tailored to draft. And, while the sets are thematically similar, simply mashing together their different mechanics doesn’t inspire confidence in its drafting potential.

Of course, the expansion offers a little more than that. It will reprint existing cards with alternative artworks. MTG head designer Mark Rosewater has even said the primary reason that all cards from Midnight Hunt and Crimson Vow have been included is so every one of them can be restyled with Double Feature’s new art treatment. It might not be a super-refined draft experience, the thought goes, but at least you’ll have a bunch of snazzy new card styles that “[echo] beloved horror films of the past.”

It’s a shame, then, that the expansion’s special art style is so unappealing. A plain, greyscale filter isn’t much of an inspired take on classic horror flicks, and does very little to distinguish the variants from the original prints. For a game like Magic, in which its art can be so gorgeous that people buy cards simply to display, monochrome filters seem a little lacklustre. There’s beauty in minimalism, though maybe not an entire table’s worth. 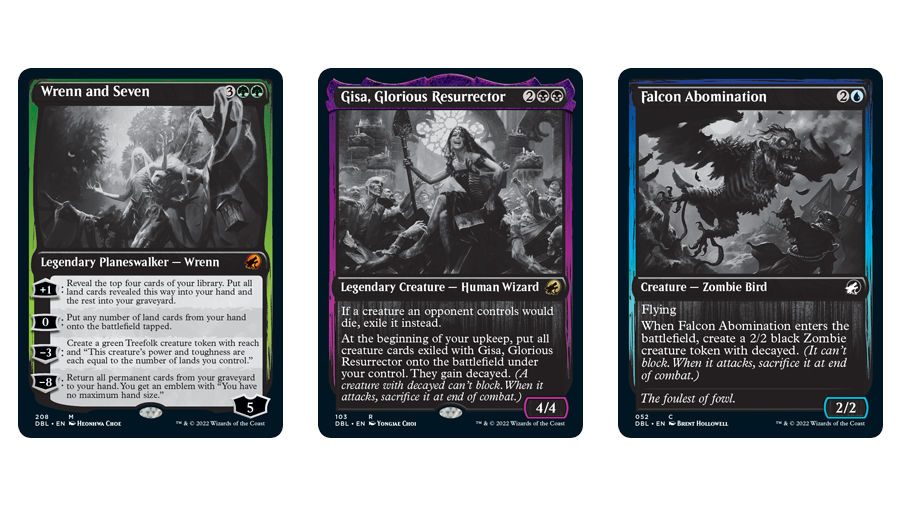 But Innistrad: Double Feature’s reveal is doubly a shame in light of another MTG release, one that demonstrates just what the set could have been. Last month, Wizards announced the Monster Movie Marathon Secret Lair box, an upcoming limited-print pack that contains four cards illustrated to look like the cinema posters of classic hammer horror films. And it looks brilliant.

Each card is based around a typical monster movie trope. There’s the occult worshippers on Blasphemous Act, robed and chanting as they summon some unspeakable horror. Grafdigger’s Cage is redrawn as a pulpy Ancient Egyptian adventure, while Beast Within features an anthropomorphic fish-monster fleeing the pitchforks of angry villagers. Dismember, meanwhile, is illustrated as a mad doctor, complete with severed limb, fearful damsel, and bonesaw in hand.

They look great, but they’re also worlds away from the original prints. They fully lean into the monster movie theme to create something that’s brand new, and worth grabbing for the art alone. It’s that uniqueness which is missing from Double Feature. Greyscale filters don’t make me think of classic monster movies; they make me think of any old movie produced before the invention of colour films. But cards that explicitly ape the aesthetics of cinema posters, that’ll do the trick. 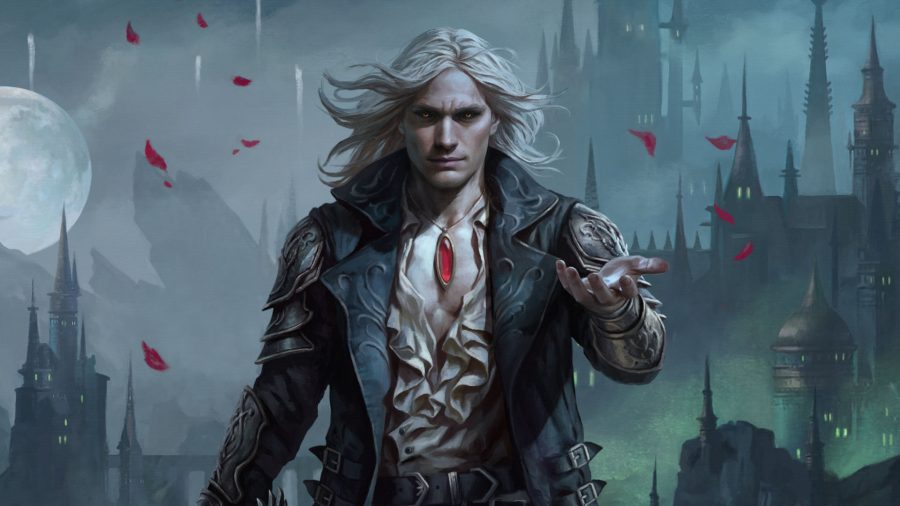 It doesn’t help that Double Feature’s cards look strikingly similar to some we’ve seen before. Midnight Hunt’s Eternal Night showcase Lands – meant to capture its gothic horror theme – were also black-and-white cards inspired by old monster movies. They great, but are, almost weirdly so, directly comparable to those in Double Feature.

It leaves the expansion in a strange place. Its cards aren’t any different from those in the latest two MTG sets, nor is its art style so different from what we’ve seen before. On top of that, its variant art treatment doesn’t live up to the thematically similar illustrations in Monster Movie Marathon.

EDH eduction: This how to build a MTG Commander deck

A compilation expansion might never meet the standards of a Secret Lair drop – after all, Secret Lair cards are produced especially for limited-print boxes, available only for a limited time, and sold at quite a significant price increase – but similarity between the sets raises the pivotal question: what exactly is Double Feature for?

We already got the best possible monster movie-themed MTG cards last month. Or rather, those lucky enough to bag the Secret Lair drop did. It’s hardly surprising that Double Feature’s reveal didn’t live up to expectations. When Wizards has been releasing monster-themed and monster movie-adjacent cards for the last few months, it was bound to stumble at some point. The strange thing is that they’d try to produce another batch of what they already nailed the first time.