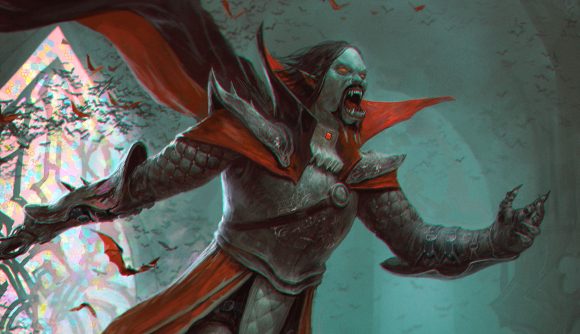 Magic: The Gathering head designer Mark Rosewater has responded to players’ disappointment over the reveal of Innistrad: Double Feature. Earlier this week, some fans were surprised to hear that the upcoming compilation expansion will contain nearly every card from the trading card game’s latest two sets, rather than a curated list of “select cards” as previously suggested by Wizards.

After one fan expressed their disappointment with Double Feature on Rosewater’s personal blog, explaining that they had been under the impression it would be finely curated to highlight the synergy between the two sets, rather than simply combining them into one lump release, Rosewater similarly expressed disappointment with how the set had been handled and publicly presented.

“I agree that I wish we’d done a better job when announcing it of making players understand what it is,” Rosewater wrote on his blog. “Midnight Hunt and Crimson Vow were made purposely to have a lot of overlapping themes, so we liked giving players a chance to play them together, and the black and white treatment which made them feel like 50s horror films felt like a cool way to do that visually.”

“I think the main reason all the cards were included was to let players have access to the treatment for all the cards,” he added in the post. “There’s a parallel universe where we didn’t print some of the cards where I’m getting complaints from players that their favourite card from one of the sets didn’t get the treatment.”

However, Double Feature’s black-and-white art treatment hasn’t been met with jubilation from the community, but rather proved a source of ire for some fans. Although the set was billed to have an “eye-catching black-and-white treatment, echoing beloved horror films of the past”, some have suggested that its cards – which are identical, greyscale reprints of Midnight Hunt and Crimson Vow’s cards – don’t lean into its monster movie aesthetic enough. 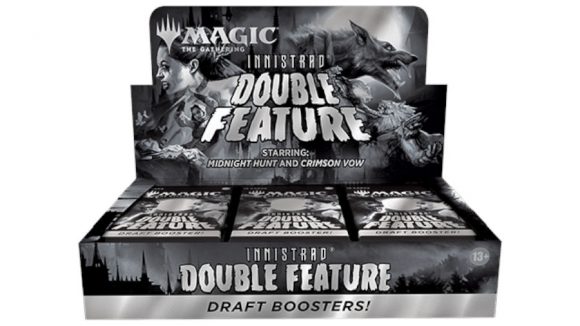 Innistrad: Double Feature is set to release on January 28, 2022, and will be sold solely in 15-card draft booster packs. They’ll contain an equal number of cards from Midnight Hunt and Crimson Vow, as well as a ‘silver screen’ foil card.

While you wait to ring in the new year, have a peek at the Magic: The Gathering 2022 release schedule to stay on top of the many, many sets coming next year. Or, check out our pick of the best deck boxes with which to store your card collection.