Looking for the best deck boxes? They’re a great way of storing your Magic: The Gathering or Pokémon trading cards. Designed specifically to keep your decks nice and snug, they’re a handy way of organising, storing, and safely transporting cards. Many are designed to also store other gaming accessories you might need to play trading card games, and a good few look as snazzy as they are practical.

We’ve compiled this list of the best MTG and Pokémon TCG deck boxes. From luxury brands that will have your opponents salivating with envy before you’ve even taken out your cards, to cheap and cheerful options that will store your cards without breaking the bank, we’ve got them all listed here. We’ve also thrown in some portable options, for those who will be travelling with their cards.

Deck boxes aren’t the only accessories when it comes to tabletop gaming. If you’re a fan of tabletop RPGs, have a look at our pick of the best D&D dice sets, or our selection of the best D&D miniatures to buy.

These are the best MTG and Pokémon deck boxes: 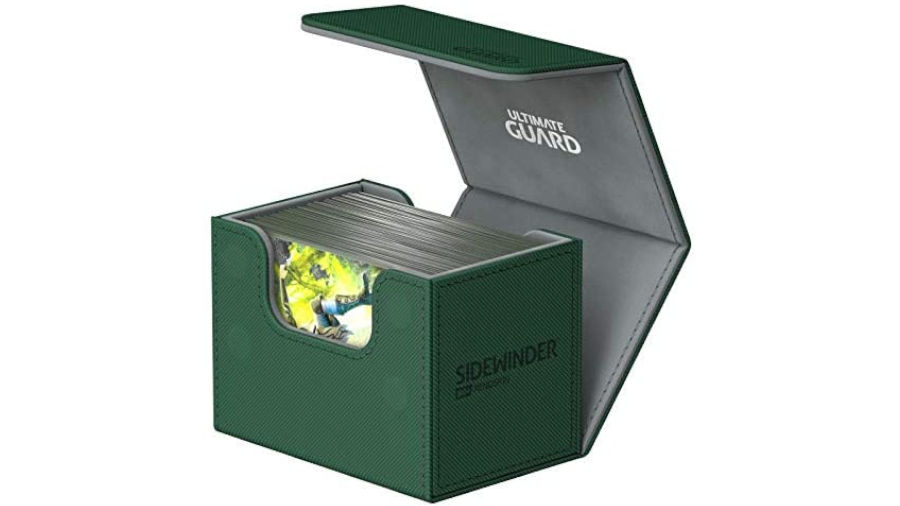 For a box that will store a Standard MTG deck, you could do little worse than the Ultimate Guard Sidewinder 80+. Its soft microfibre inner lining and strong magnetic clasp will keep your cards safe, and its construction is sturdy but snug. As with most Ultimate Guard products, quality isn’t an issue here, making this a fantastic mid-price option.

With space for 80 double-sleeved or 100 single-sleeved cards, it has more room than you’ll likely need for a Standard deck, but that’s no problem. The extra space gives you some wiggle room for when you inevitably rebuild your deck. If you need a little more room, check out the Sidewinder 100+, which is even more spacious. Both are available in several colours. 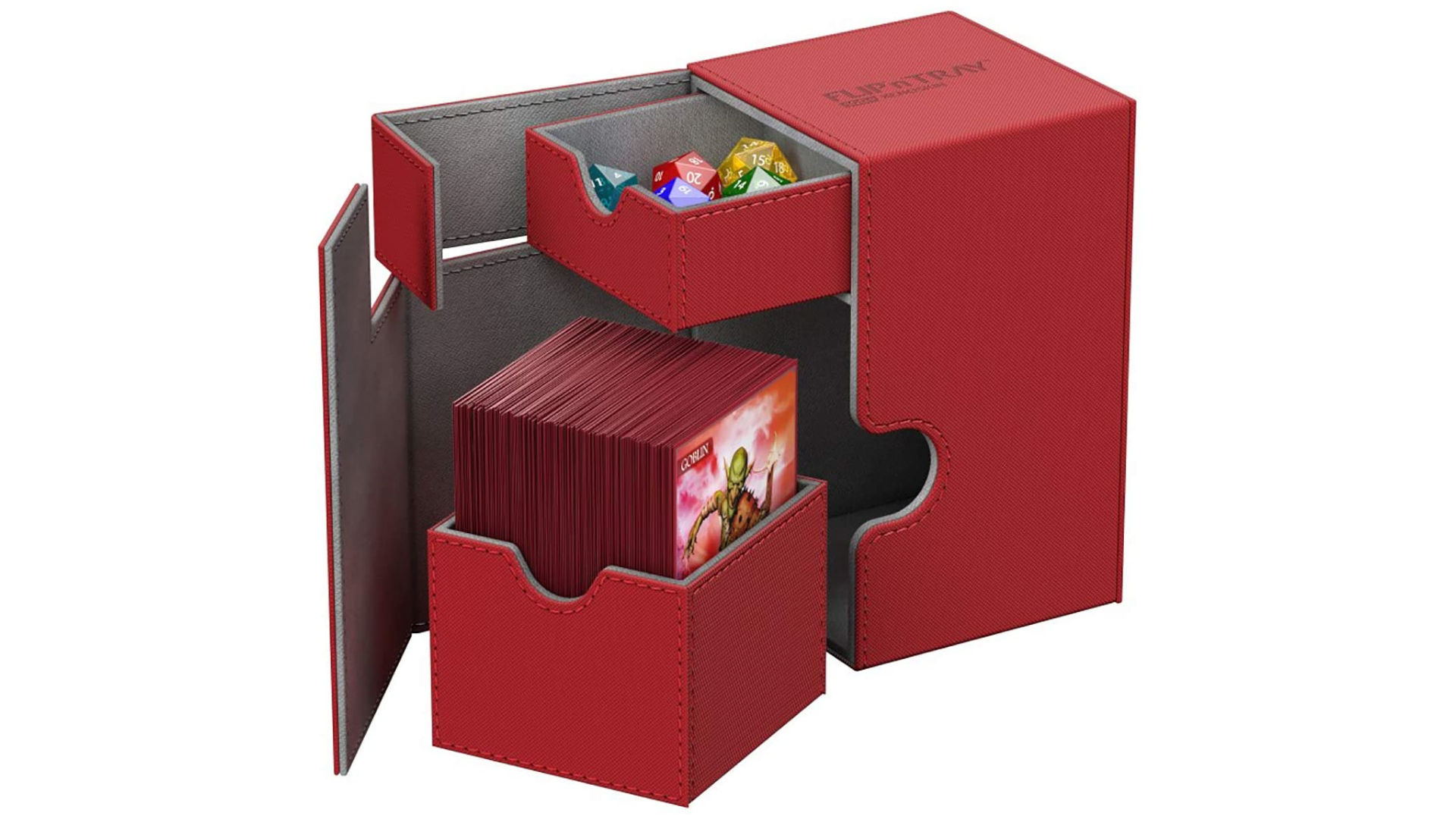 You’ll need a slightly larger deck box when playing MTG Commander. Also produced by Ultimate Guard, the Flip ‘N’ Tray is the best of the bunch. Its roomy interior holds 100 double-sleeved or 120+ single-sleeved cards, and its anti-slip microfibre lining fits the bill. Add to that a rigid design and a separate, pull-out tray for holding dice and counters, this deck box has everything you need.

It’s a little larger than the alternatives, but its sturdiness should be enough to convince you. Also, there’s plenty of colours to choose from. 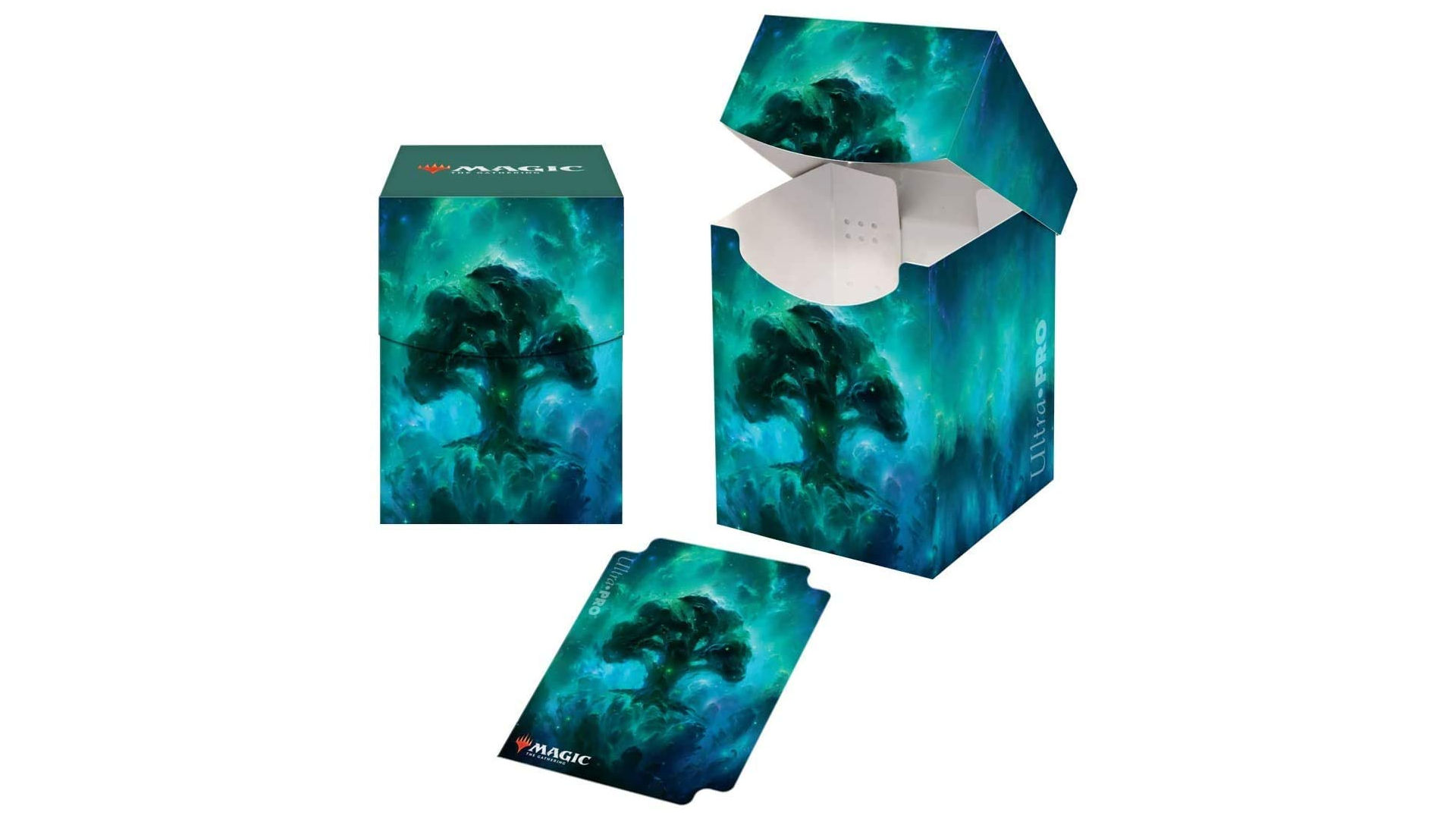 If you’re not after premium quality, then get acquainted with the Ultra Pro series of MTG deck boxes. Basic and cheap, there are no frills to them; they’re simple boxes that will fit Standard and Commander decks. For the price, you simply can’t complain. Plus, their various artworks aren’t half bad either. Who wouldn’t want a celestial tree to grace the side of their deck? 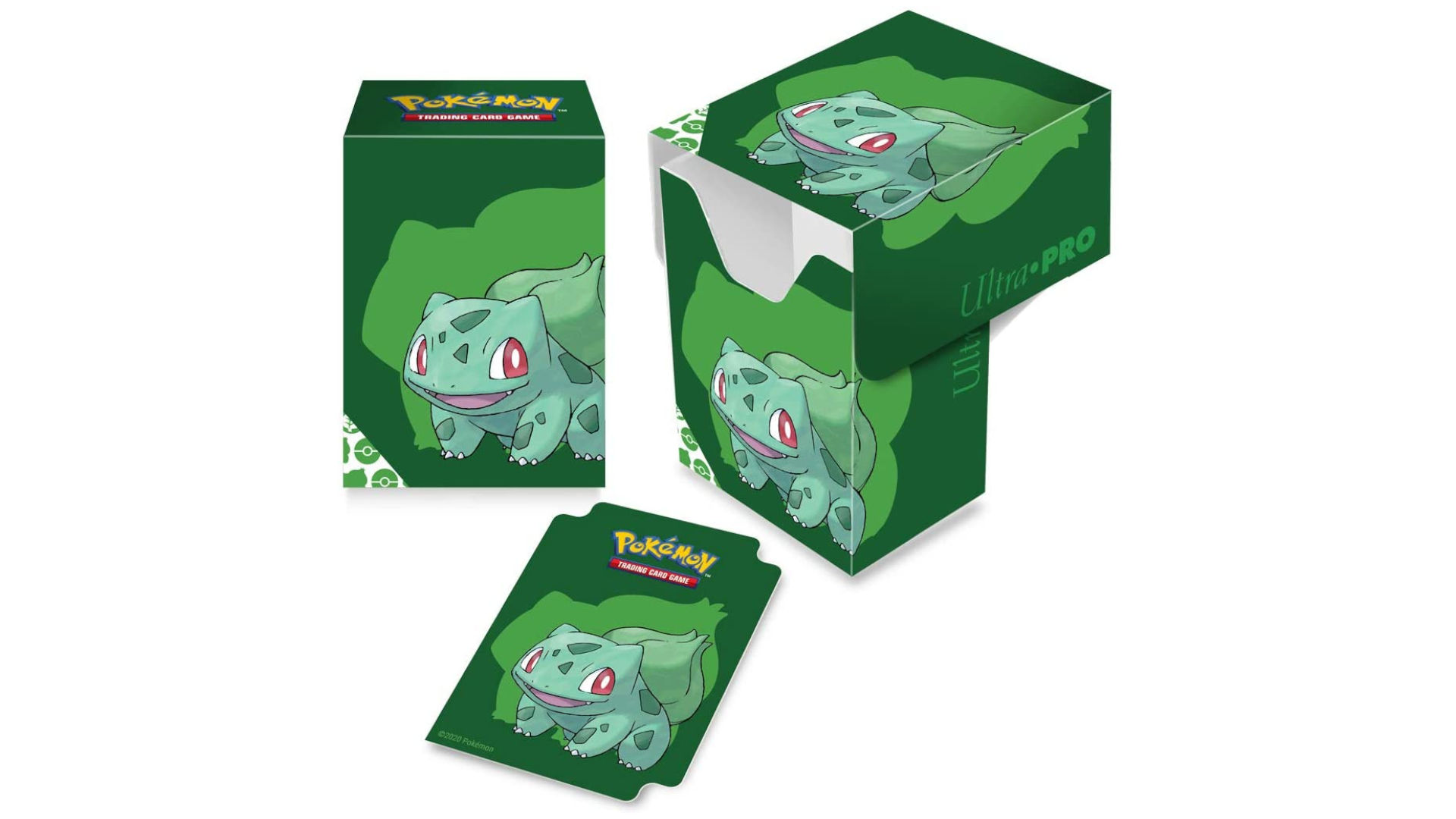 If you want an affordable deck box that screams Pokémon, check out Ultra Pro’s line. Like the MTG boxes above, there are no bells and whistles to these – their price is the main selling point. Pick out your favourite Pokémon – from Bulbasaur, Charizard, Mewtwo, and more – and grab yourself a bright, bold, sturdy deck box that will serve you well without costing a bomb. 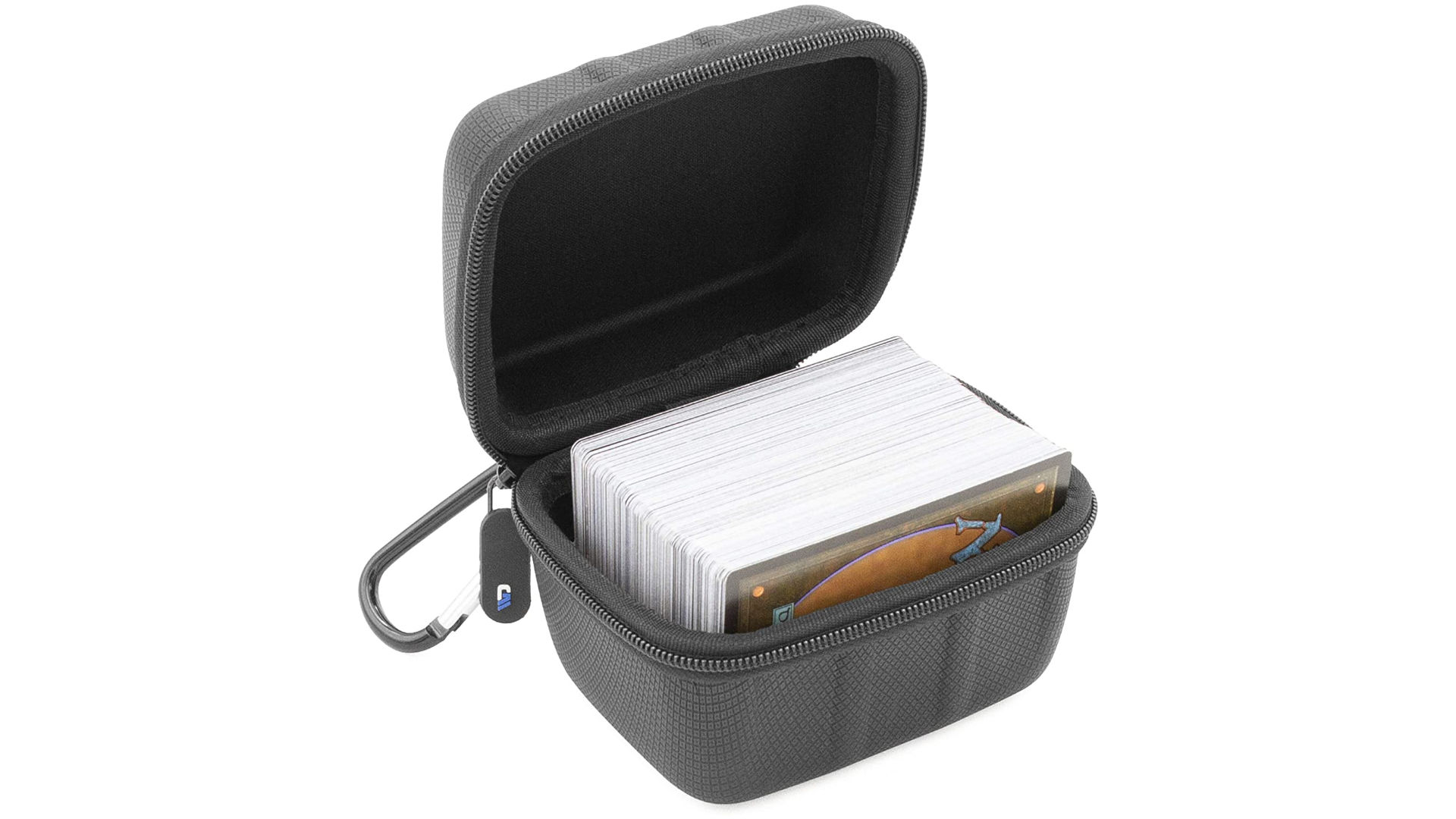 For a portable option, choose the Casematix travel deck case. Its hardshell case is thick, robust, and water-resistant, and its zipper means you can chuck it in your rucksack and forget about it, safe in the knowledge that your cards won’t be slipping around everywhere. It may not look all that nice, but if you’re travelling with your deck, protecting your cards should be your main priority.

Holding 200 non-sleeved or 120-sleeved cards, it will fit any-sized MTG or Pokémon deck inside. Its interior isn’t half bad, either, with its non-scratch fabric. Get this if want to protect your cards. 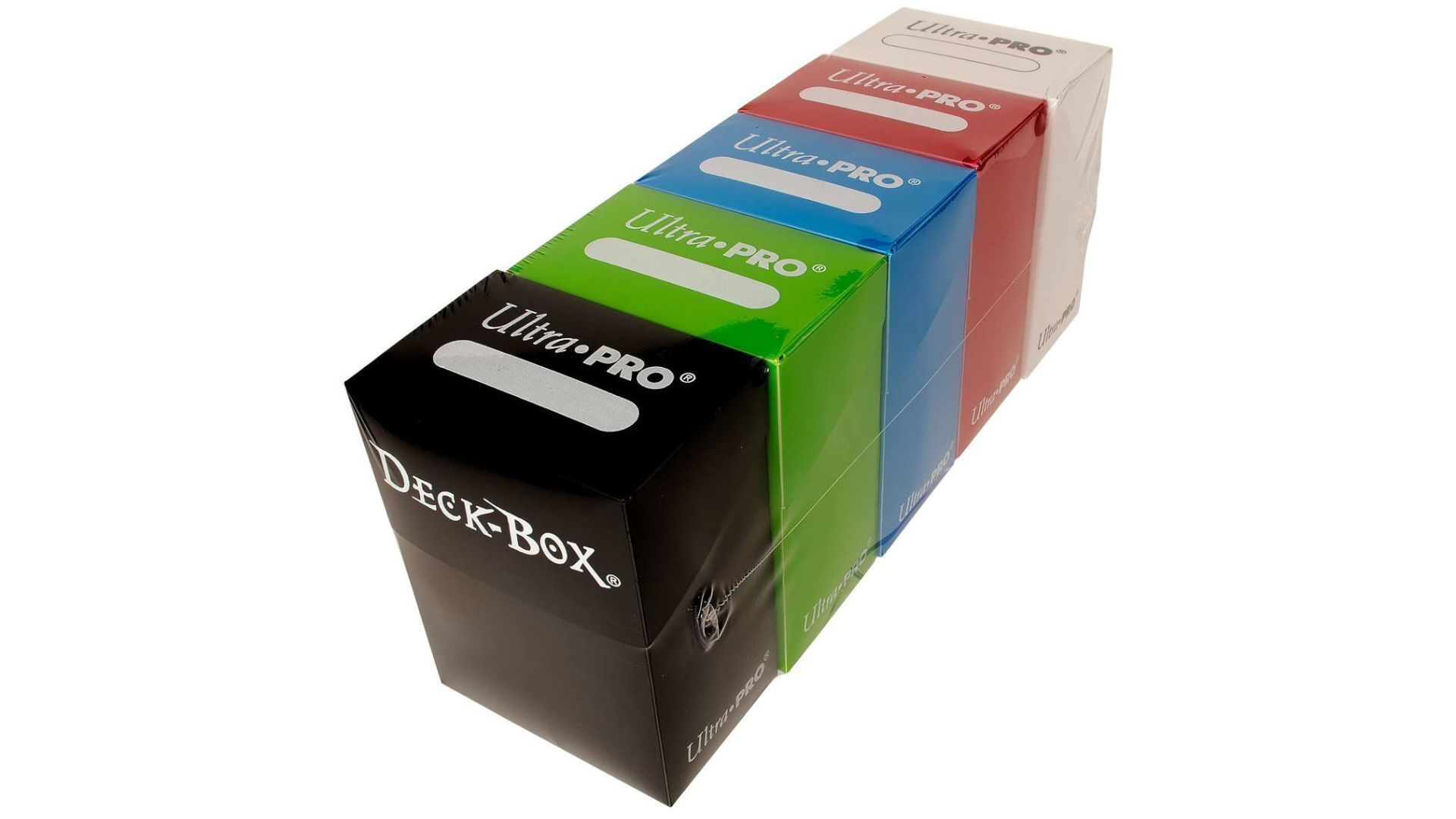 When you want to buy a load of deck boxes at once – such as if you’re buying for your friends, or boxing up an entire collection – grab a cheap multi-pack. This set from Ultra Pro is a solid option. Five boxes that hold 80-sleeved cards each, they don’t look pretty, and probably shouldn’t be relied upon to keep your most prized cards safe, but for the price, you really can’t go wrong. Look after them, and they’ll last you for years to come. 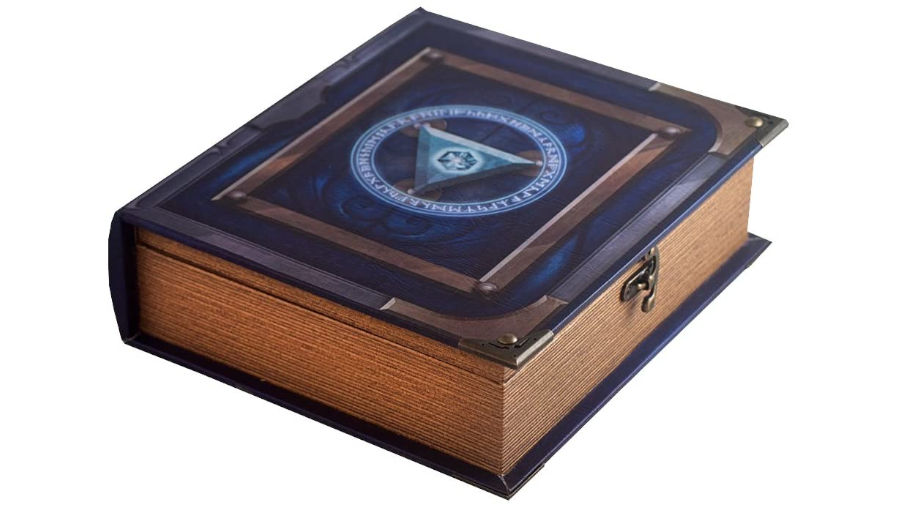 After you’ve amassed a large enough collection, you’ll have so many deck boxes that you’ll need another box just to consolidate them. This is where the Grimoire Deck Box comes in. A wooden chest that can store several deck boxes inside, it’s a convenient, and pretty, way of keeping your entire card collection together.

Many of the boxes from the standard box brands mentioned on this list, such as Ultra Pro and Ultimate Guard, fit snuggly inside, and you can always use the Grimoire to store single cards instead (800 double-sleeved or 1000 single-sleeved cards, to be precise). But, really, it’s the aesthetic that sells this thing. Covered in leather texturing and arcane symbols, it’s a fitting tome for any Planeswalker. 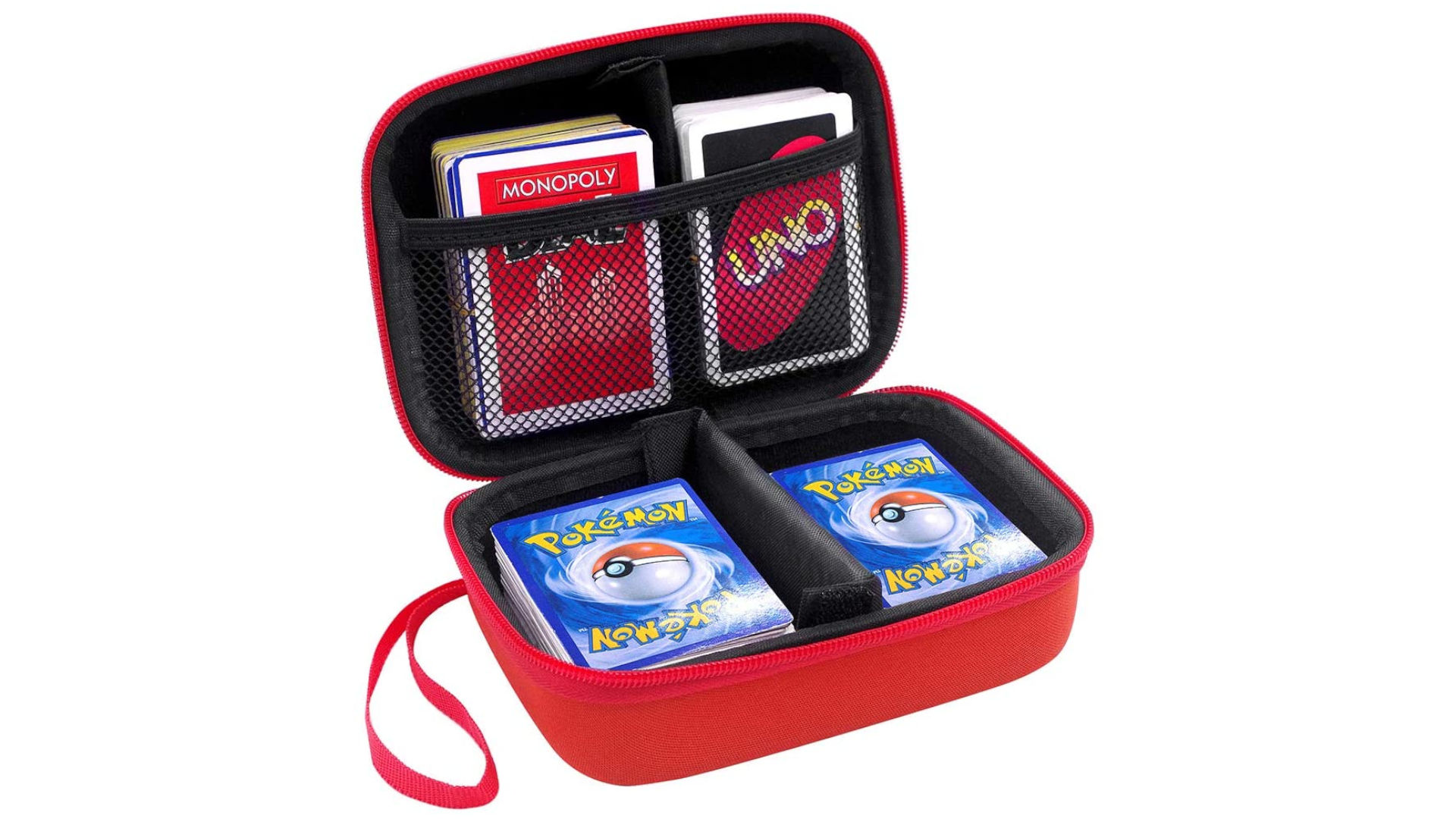 If you’re looking to store multiple Pokémon decks, check out this Comecase storage case. Specifically designed to suit the dimensions of Pokémon trading cards, it can store over 360 cards. Its removable dividers also let you split the area into four spaces, each for a separate deck. This one is perfect for competitive players who will be travelling with their deck and need some extra protection for their cards.