Jumpstart is a new Magic: The Gathering format that was introduced in 2020. A unique take on casual Magic, Jumpstart lets players skip over the tricky deck-building step of the game altogether and dive into a match right away. It’s therefore super fast, fun, and easy to jump into – hence the name.

MTG Jumpstart is an amazing beginner format, but it’s also proven to provide plenty of fun for long-time players. For many, Jumpstart is a breath of fresh air away from more established, high-powered formats like Commander or Standard. It appears Wizards of the Coast sees its potential, too. Starting from the release of Dominaria United, it is planning to produce new Jumpstart booster packs for every set. That’s on top of a dedicated Jumpstart set that’s also coming this year: Jumpstart 2022, expected to release in Q4 of 2022.

With some similarities to Keyforge, a card game designed by Magic’s original creator, Richard Garfield, MTG Jumpstart gets players to use cards that wouldn’t normally see play, in decks that mash up various themes to form wacky combinations. You could end up with a Jumpstart deck representing an unlikely alliance between Phyrexians and dogs, or an angels deck that’s looking to mill out the opponent. 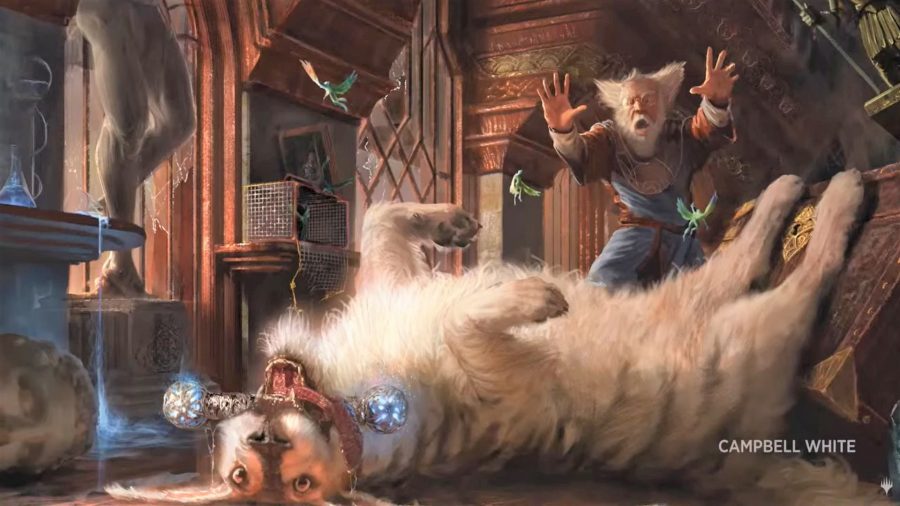 What is MTG Jumpstart?

So, what is MTG Jumpstart, exactly? Put simply, it’s a format where players use 40-card decks, which are randomly created using Jumpstart booster packs.

Jumpstart boosters each contain 20 cards, so you simply tear open two packs, shuffle the cards together and, hey presto, you’ve created a Jumpstart deck. That’s all that’s needed to make a Jumpstart deck with all the spells, creatures, and lands you need to play a game.

Each Jumpstart booster is assigned a theme based on a particular strategy, creature type, or topic from MTG history. So you could end up with pirate burn spells, cat angels, doctor garruk, and so on. With 46 themes in total in Jumpstart 2020, it’s almost guaranteed that no two Jumpstart decks are alike.

Want to deck-build: How to build an MTG Commander deck

Jumpstart decks usually come out a little janky. There are synergies within each theme, but it’s very rare that the two halves of your deck will gel together perfectly. This is half the charm of the format, however, as it’s fun to try and make bizarre combinations work, and surprising interactions between different themes pop up more often than you might expect.

Not all Jumpstart packs are created equal. They have a rarity that mirrors card rarity, ranging from common themes that crop up all the time, to mythic rare packs that are harder to come by. Most packs (all except for the mythic rare ones) have multiple variations. So your Jumpstart elves pack might have an Allosaurus Shepherd or a Craterhoof Behemoth – just depends on luck of the draw. 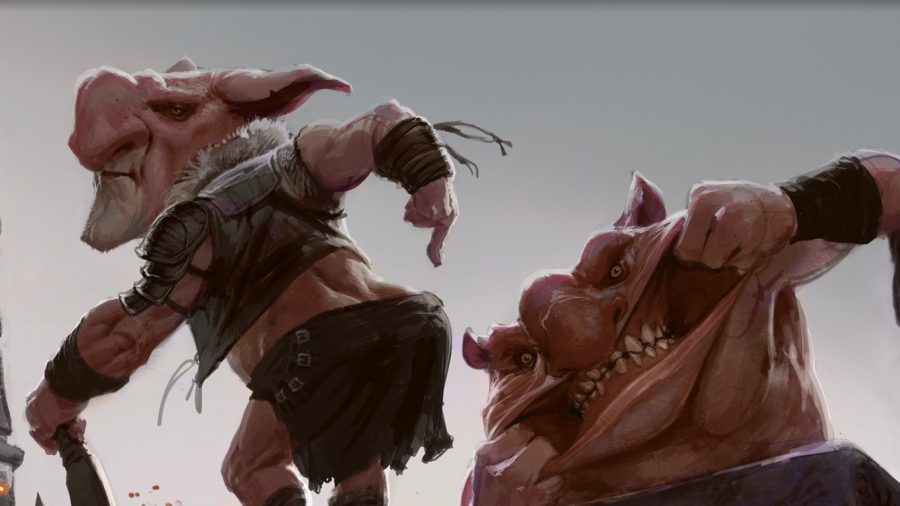 How is MTG Jumpstart released?

Jumpstart was initially released in 2020, in a big ol’ launch that had 42 different themes. This set was also released on MTG Arena, with each new card becoming legal in Historic.

Wizards clearly saw what a good way this was to get extra cards into the Historic format, so in 2021 they released Jumpstart Historic Horizons, a new batch of Jumpstart cards that could only be accessed on arena. Along with 46 new themes, this set introduced a number of new, digital only cards, with mechanics that could not be replicated in paper Magic.

In 2022, Wizards announced that it would replace theme boosters with set-specific Jumpstart boosters.

Also coming out this year is Jumpstart 2022, a new major Jumpstart release.

Jumpstart 2022 will have 46 different themes – the same number that Jumpstart 2020 had. Only two of those themes have been announced so far: Multi-headed creatures and Eldrazi.

Packs of Jumpstart 2022 will mostly contain reprints, but each pack will have one new card and one “booster fun card, in an anime style”. Jumpstart 2022 is slated for the back half of 2022, and it’s currently at the end of our MTG release schedule, expected to arrive in Q4 of this year.