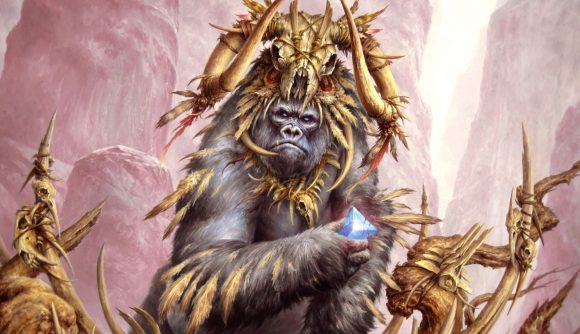 Magic: The Gathering Arena is receiving an exclusive set of cards for its Historic format, publisher Wizards of the Coast announced yesterday. Titled Jumpstart: Historic Horizons, the set will bundle cards from Modern Horizons and Modern Horizons 2, as well as introduce 31 brand new cards exclusive to MTG Arena. It will release on August 12.

As with last year’s original Jumpstart set, and Arena’s Jumpstart 2021 event last month, Historic Horizons will be split into 46 themed booster packs. You’ll select two packs and mash them together into a single deck, creating various thematic combinations in a simple, on-the-fly deck-building system. The thematic packs will be available as part of the Historic Horizons timed event, which lasts from August 12 to September 9. Outside of that time, the set’s cards can be crafted using Wildcards of the appropriate rarity.

Of the 782 cards included in Jumpstart: Historic Horizons, 372 are new to MTG Arena. While most of these are from previous MTG releases Modern Horizons and Modern Horizons 2, the set’s 31 new, exclusive-to-digital cards have been designed to extend MTG’s mechanics, and feature abilities that wouldn’t be possible on a physical tabletop. Wizards has revealed three of these abilities:

New Planeswalker card Davriel, Soul Broker, revealed by IGN, demonstrates these new mechanics. For -2 Loyalty, you can accept one of Davriel’s ‘offers’ and one of his ‘conditions’, from 16 possible options that range from drawing cards to losing life. On the tabletop, it would be cumbersome to list and sort through the many options, but the idea is that Arena makes such features smoother to implement. Similarly, his -3 ability lets you ‘perpetually’ add -3/-3 to a creature’s stats. 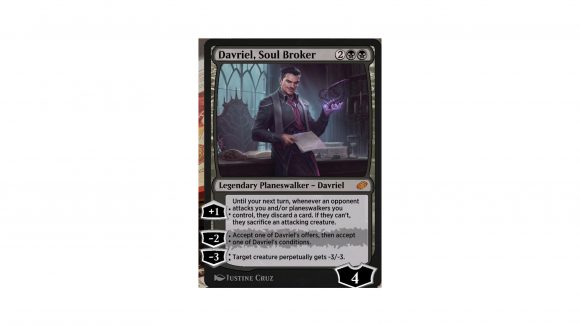 Unlike the original Jumpstart set, Wizards says, the cards in each Historic Horizons pack have different drop rates, meaning you won’t get a fixed stock of cards from booster. The idea is to add more variety to each pack, and ensure user-made decks offer greater variation. The set is also only playable in MTG Arena’s Historic format – a non-rotating format that allows players to use cards that are no longer available in Standard.

Jumpstart: Historic Horizons will launch on August 12, with entry to the event costing 2000 Gold or 400 gems.

This isn’t Arena’s first Jumpstart even. Jumpstart 2021 ran for a month over June and July, and introduced 41 unique Basic Land cards for you to grab simply by taking part. You could also earn one rare card from the event’s card list for winning your first game, and another for your second win.

If you’re keen to improve your MTG prowess, read our guide to creating an MTG Commander deck, or have a peek at our guide to building an MTG deck in Standard if you’re a total beginner.