MTG deck builders can be invaluable, because – believe it or not -building a Magic: The Gathering deck is hard work. Sorting through your collection, balancing its mana curve, honing its strategy, and following the restrictions of whichever format you’re playing all takes masses of brainpower. For old hands and new players alike, building a MTG deck can take a whole lot of time, and even more iteration.

It’s a good thing, then, that there are some brilliant online tools to streamline your brewing. These MTG deck builders let you search the trading card game’s many cards, and compile them into a legal deck that meets all the format requirements. Whether you’re playing physically or in MTG Arena, they’ll help you visualise your deck, keep tabs on all the important stats, and even estimate the price of buying each card as a single. They’re also a handy way of looking at other people’s decks if you need some inspiration.

We’ve created this list of the best MTG deck builders to kickstart your card-stacking. All of them are visually intuitive, fast, comprehensive, and up to date with the latest releases. Even better, they’re all free to use. 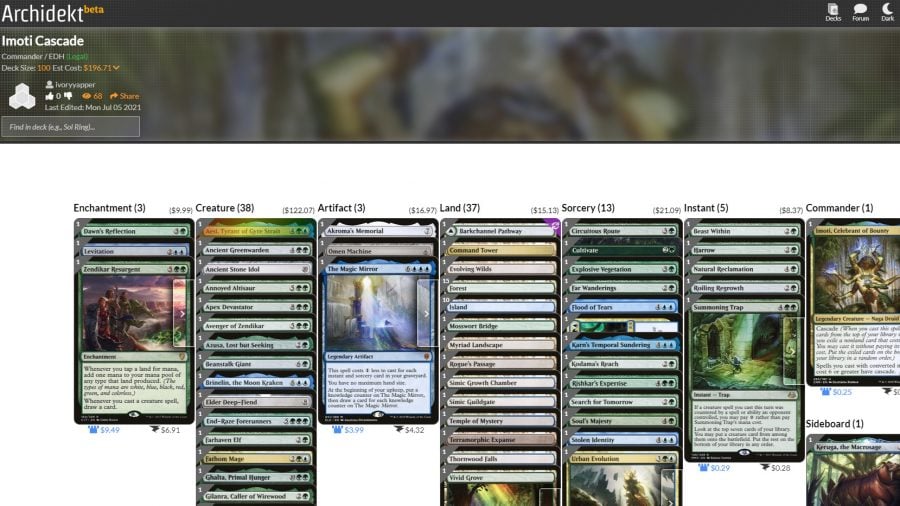 If you’re after a functionally replete MTG deck builder that doesn’t falter in the aesthetics department, look no further than Archidekt. Quick and intuitive, this tool does a good job of replicating that childhood feeling of rummaging through cards on your bedroom floor. It not only lists your deck’s cards by name, but shows their gorgeous artwork in all their glory. As you build, each card is stacked in a neat array, and categorised by type, so you can get a quick visual glimpse of your creation.

But it’s not all about looks. Archidekt will highlight any errors that break format rules, and let you import and export deck files from MTG Arena. While you’re brewing, it also shows the deck’s total mana cost, the distribution of card type, and will generate a mana curve, as well as estimating the total cost of buying each card as a single, bar the Lands.

The tool is still in beta, so prepare yourself for the odd bug now and then. But from our use, it already functions marvellously. 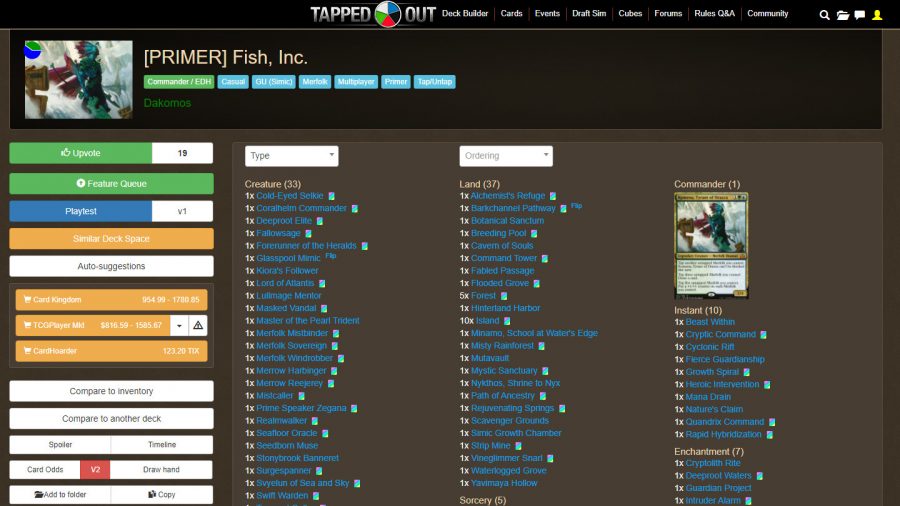 For a cheap and cheerful MTG deck builder, check out TappedOut. A favourite among the community for several years, its interface might look a little dated, but it’s perfectly suited to most people’s needs. Pick a format, and start adding cards through the search box. The tool will tell you if you’ve added an illegal card, and give you the option to share your deck publicly for feedback.

Change of format: How to build a MTG Commander deck

After you’re done, TappedOut will serve up some stats about your deck’s mana curve, mana cost, and rate it on a casual vs. competitive scale. Although nothing visually special, by simply listing the cards in your deck, you can quickly scour through and swap out any changes. Fast and streamlined, this MTG deck builder ticks all the boxes, with no frills attached. 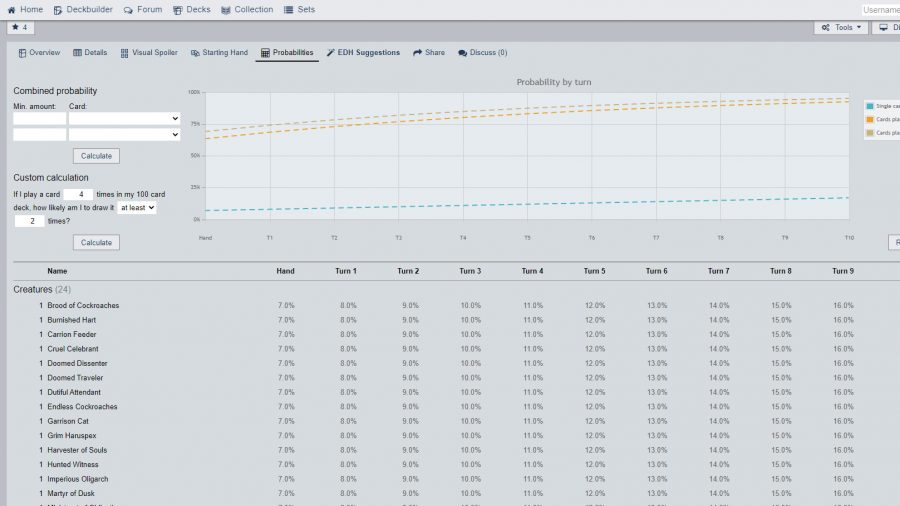 Deckstats is for those players who like to treat deck building as an empirical science. This MTG deck builder leans into the statistical side of things, and it leans hard. The main tool is fairly run-of-the-mill, letting you search for cards, drag-and-drop them into the main list, and build a sideboard. It’s all perfectly serviceable stuff.

But Deckstats really shines in post-creation. Aside from the usual calculations of mana curve and card type distribution, this tool calculates the probability of drawing specific cards throughout a game, as well as the chance of picking up specific combinations. It’s brilliant if you want to rigorously maximise your card drawing in competitive play.

It also includes some handy additional tools, such as the ability to track the changing value of your collection, or using public decks as a template. 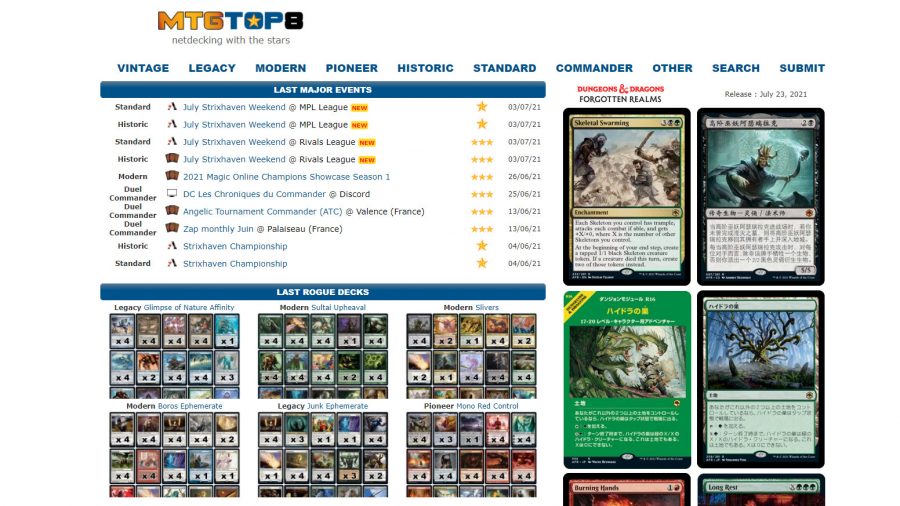 If you want to be the best, you have to learn from the best, and MTGTop8 will let you do just that. Posting the most recent deck lists used in major MTG events, it’s a great tool for finding out what the pros are using. It tells you what cards are being used together, card type distributions, and card prices, as well as interesting metagame stats, such as the most played cards and the current favoured strategies.

Multiverse muses: These are the best MTG Planeswalkers

MTGTop8 covers all the main formats, and takes its lists from both the biggest competitive events and those builds that perform well in fringe tournaments.