Double Masters 2022 is a Magic: The Gathering set releasing this Summer – it’s a compilation set, which means it doesn’t have new cards, but will be full of old favourites that are still very much worth getting excited about. This guide will fill you in on the set’s release dates and all the information that’s been shown off about it so far.

The first Double Masters set came out in 2020, and Wizards of the Coast used it as a vehicle to reprint all kinds of classic, powerful cards that were reaching ludicrous prices. We’re expecting exactly the same thing this year, and a fair few crowd pleasers from Double Masters 2022 have been teased already.

Ooh, while we’ve got you though, if you want to know more about Magic’s 2022 release schedule and upcoming MTG sets, don’t miss our guides to Dominaria United, The Brothers’ War and Warhammer 40k Universes Beyond. 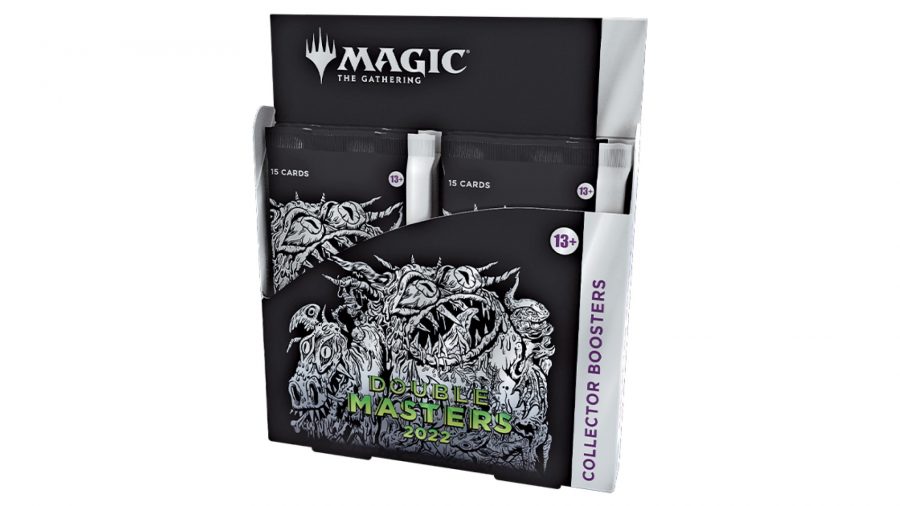 The release date for Double Masters 2022 is July 8. That’s when it’ll be available worldwide, but before that a lucky few will be able to take part in pre-release events in participating WPN game stores, from July 1 – 7.

Release the lists: All the MTG sets in order

Spoiler season will get started a month earlier, in June, with card previews arriving in force from June 16. It seems they’ll be coming thick and fast, because they’ll be all out of the way by June 24 – the entire Double Masters 2022 set being spoiled across just six days. 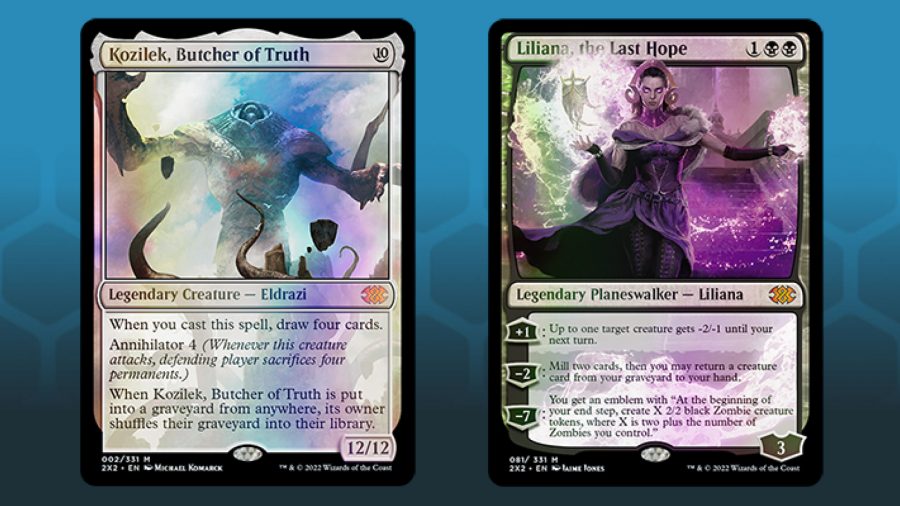 Double Masters 2022 spoilers are here! We’ve seen all sorts of valuable cards already, including such venerable crowd-pleasers as Imperial Seal and Dockside Extortionist.

Here’s a list of the most valuable Double Masters 2022 MTG spoilers revealed so far:

Even before spoiler season began, there were a smattering of card spoilers for Double Masters 2022. Back a month ago, we saw the infamous Kozilek, Butcher of Truth, and two planeswalkers: Liliana, the Last Hope, and Wrenn and Six. 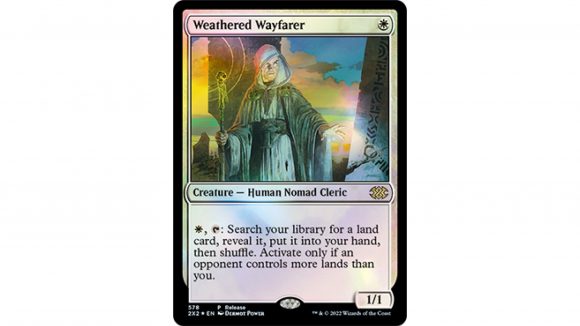 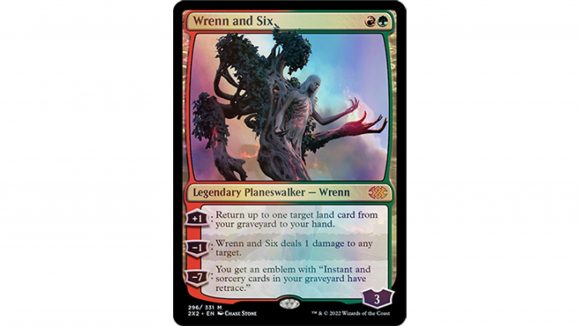 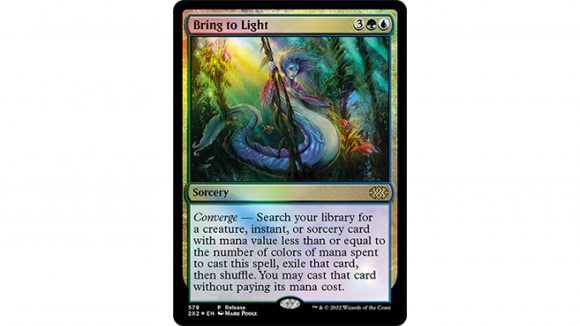 The planeswalker character Aminatou featured heavily on marketing material for the set, alongside Liliana. As this planeswalker has only ever appeared on one card – Aminatou, the Fateshifter – and indeed it’s now confirmed that this one will be getting a reprint.

The set’s promo cards, which players can obtain by attending a pre-release event, have also been spoiled. There are two of these (sticking with Double Masters’ doubling theme) – the cards Weathered Wayfarer and Bring to Light. 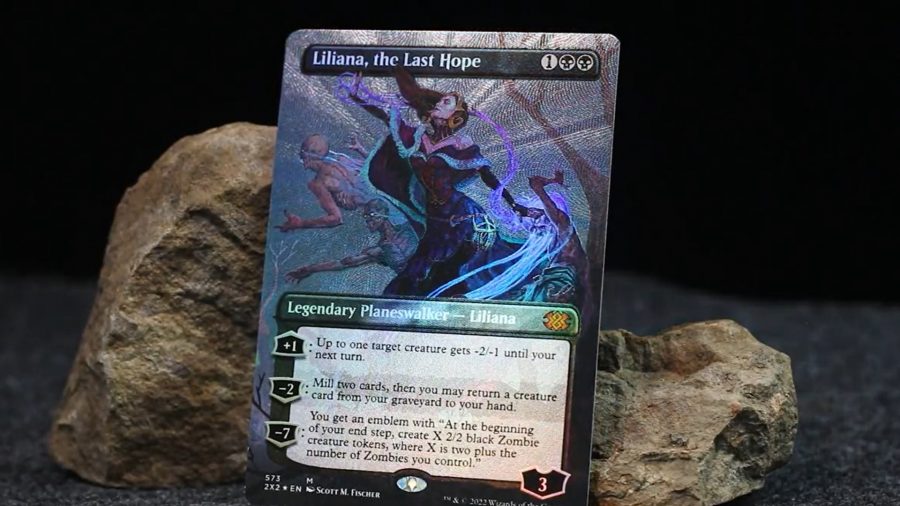 As seems to be the habit these days, Double Masters 2022 will feature some unusual card treatments and art styles – the sort of thing you might mistake for a Secret Lair at first glance.

In most MTG sets, Collector Boosters are marketed towards those looking to collect a set, and contain more rares than normal. But as the Draft Boosters in Double Masters 2022 already have multiple rares, it seems Wizards has found another way to make them stand out. They’re promised to be “filled to the brim with beautiful versions of iconic and incredible cards”.

We’ve already seen that there’ll be borderless versions of many cards with alternate artwork, as well as a new foil-etched 3D look that we’ve already seen in Commander Legends Battle for Baldur’s Gate. There’s also a brand new treatment, ‘textured foil’, shown above on this very pretty copy of Liliana, the Last Hope.