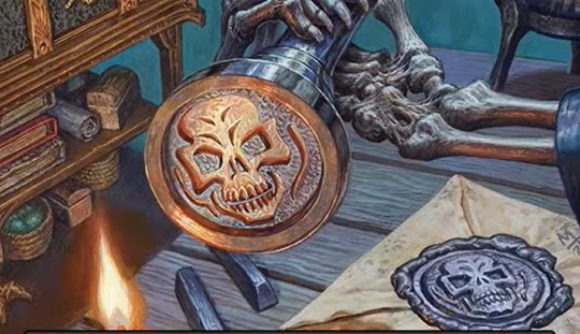 On Thursday, June 16, Wizards of the Coast dropped the first Double Masters 2022 spoilers on Blake Rasmussen’s Weekly MTG stream, revealing a number of cards that can be found in this reprint-filled Magic: The Gathering set. Now previews are fully underway, and we’ve already seen many valuable cards from the upcoming set, which releases July 8.

The Double Masters 2022 spoilers revealed so far include plenty of cards around the five-dollar mark, from Muldrotha the Gravetide, who just about makes our best MTG commanders list, to the planeswalker card Aminatou, the Fateshifter. But there have also been some real big hitters – truly rare and expensive Magic cards that were badly in need of reprinting.

The biggest news is that the one mana tutor card Imperial Seal is in Double Masters 2022. With even this newly reprinted version valued at an enormous $475 on MTGGoldfish, Imperial Seal is among the most expensive Magic cards outside of the Reserved List. This card is so rare because it hails from the MTG set Portal Three Kingdoms – which had a very limited print run.

Other notable cards in the current crop of Double Masters 2022 spoilers include Mana Vault, and Cavern of Souls, both cards which are valued at over $50. Sensei’s Divining Top, an artifact card that’s a staple in Commander decks worldwide, is also in the set. 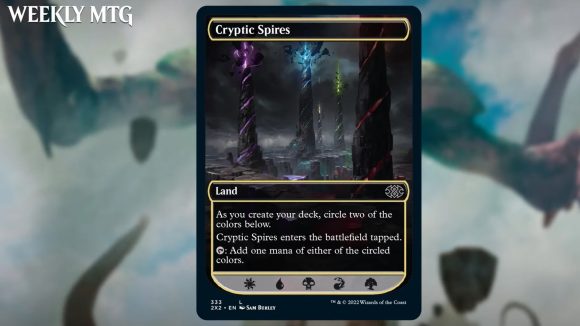 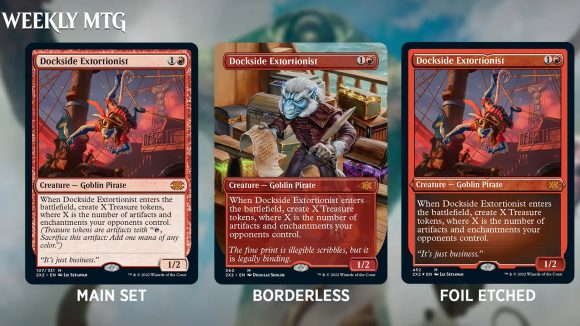 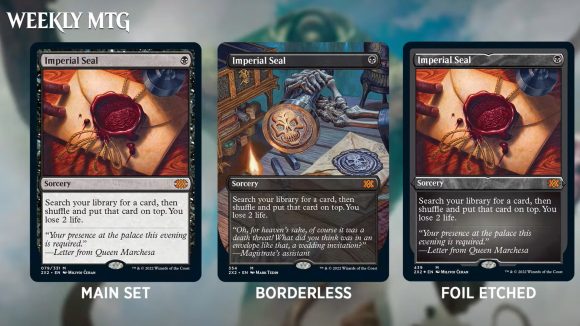 Dockside Extortionist is another pricey reprint announced in the first wave of spoilers. This goblin creature has been quite the controversial card of late. There have been calls to put the card on the Commander banlist by EDH players, and some were disgruntled that it didn’t appear in the more affordable (and clearly flavour-fitting) Commander Legends Battle for Baldur’s Gate set. At least it’s showing up in Double Masters 2022, even if it is upshifted to Mythic rarity. 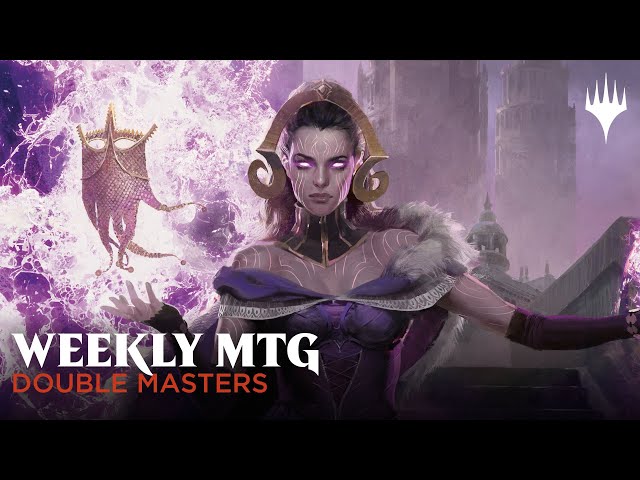 All the cards in Double Masters 2022 will be reprints, with the exception of one new MTG land card, which was also spoiled June 16. Named Cryptic Spires, this card is truly bizarre, requiring you to circle two mana symbols with a pen or pencil when you make your deck and essentially ‘build your own land’. It’s the sort of thing you’d expect to find in an un-set like Unfinity, not a black-border Magic card.

Double Masters 2022 spoiler season is set to run for precisely one week, with new cards revealed each day up until June 23, a fortnight before the set releases. Wizards has published a handy cheat sheet showing where to find previews. And don’t miss our Double Masters 2022 set guide, which will keep you up-to-date on all the latest details.