MTG lands are the most exciting part of nobody’s Magic: The Gathering deck, but they are an absolutely essential card type nonetheless. No matter what format you’re playing, whether you’re selecting 100 cards for a Commander deck, or 60 for a Standard or Modern deck, a good proportion of your picks are gonna have to be lands. Otherwise you’ll be left with a handful of gas, but no mana to play your exciting spells. Before you can have dessert, you’ve got to eat your vegetables.

A crucial step in building a deck in Magic is ensuring you have the mana base to support your cards. Multicolour decks can be powerful, but if you don’t put the right kind of lands in your deck, there’s a strong chance you’ll be stuck with cards you can’t pay for. But how do you find the best MTG lands? There are all kinds of different land cards available – and not all are made equal.

Many of the more famous (and often the strongest) MTG lands have colloquial names that can be quite confusing to the uninitiated – you’ve got tap lands, snow lands, pain lands, gain lands, and so on. This guide will walk you the best Magic: The Gathering lands – the ones you should know about. 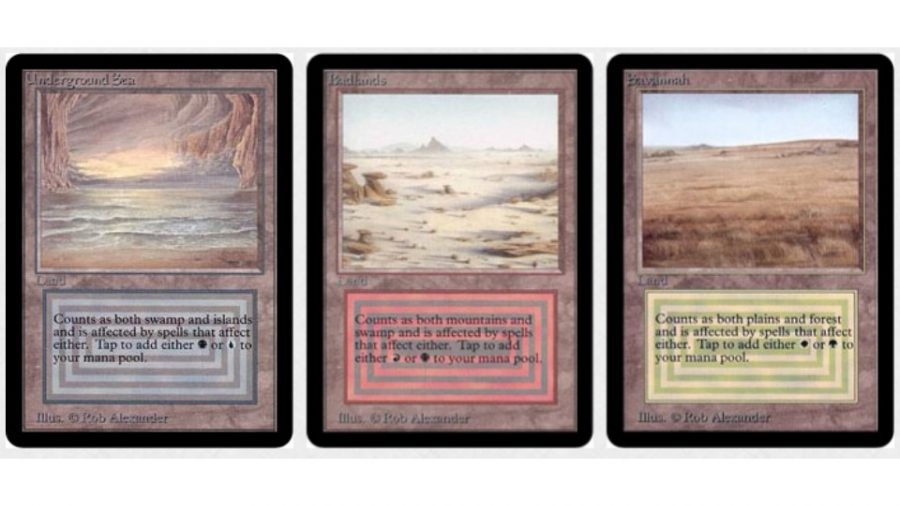 Let’s start with what are arguably the best land cards ever. The original dual lands from Alpha and Beta, printed in 1993, offer amazing flexibility that has never been topped. They let you play two colours of mana, for literally zero downside; you play them untapped and they have no other cost. They also count as land types – so for instance Tropical Island is a forest and an island – which is relevant for a bunch of other land cards and spell effects (as we’ll see shortly). You’ll always want to use them in any format they’re legal.

The only downside is that the dual lands fall on Magic’s Reserved List, a set of cards that can never be reprinted. That means these are some seriously ludicrously expensive MTG cards, each one costing hundreds of dollars. At least for Commander, you’ll only need one copy! 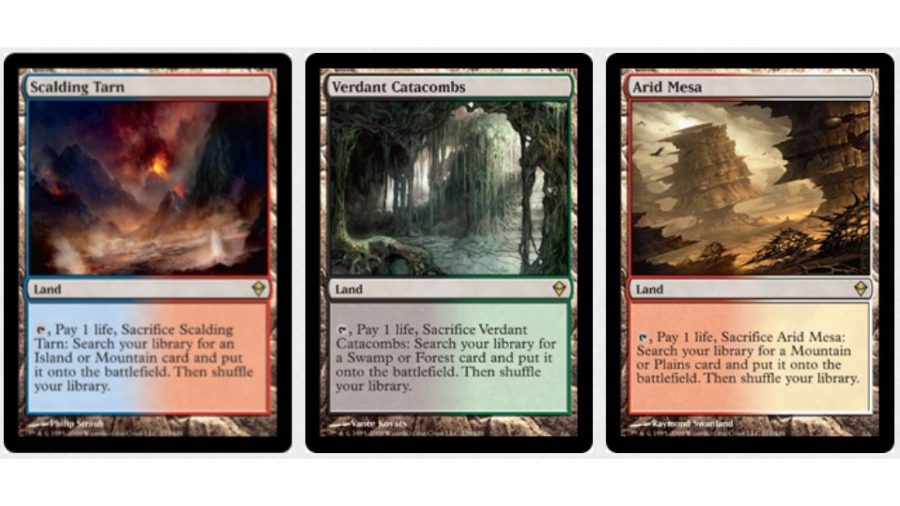 A somewhat more affordable, and still extremely powerful land type are the fetch lands printed in the Onslaught and Zendikar sets. These lands might at first appear innocuous – you can pay a life to fetch one of two different land types, so what? The fetch lands are great though, because of their flexibility. You can use them to grab a triome, a dual land, a shock land (coming up next) and you’re not forced to bring your new land in tapped unless the card you fetch instructs you to do so.

The other great thing about fetch lands is they thin out your deck, removing extra land cards that you’d otherwise end up drawing when you really need a big creature or crucial kill spell. In the formats you’ll use these lands cards like Brainstorm, which let you mess with the top card of your deck, are fairly common. It’s therefore actually quite handy to be able to use a fetch land to shuffle your deck at will. 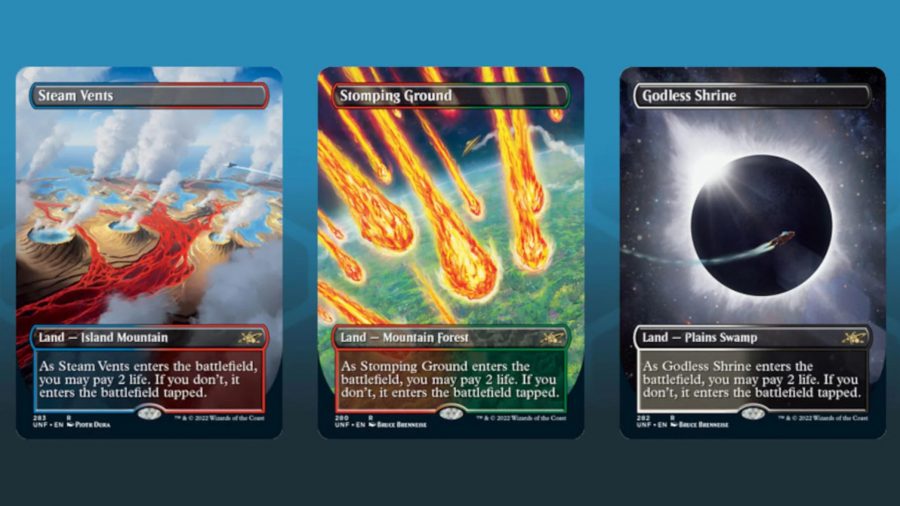 Ouch! Being zapped for two in order to play your lands untapped doesn’t feel great, but shock lands are nonetheless a powerful land type, offering good flexibility. They’re basically somewhat worse dual lands, but with the none-too-shabby benefit of not leaving you penniless. You have to be a bit strategic about when you pay to have these lands come in untapped, but early on in the game when you need the fixing, you can usually spare a couple life. 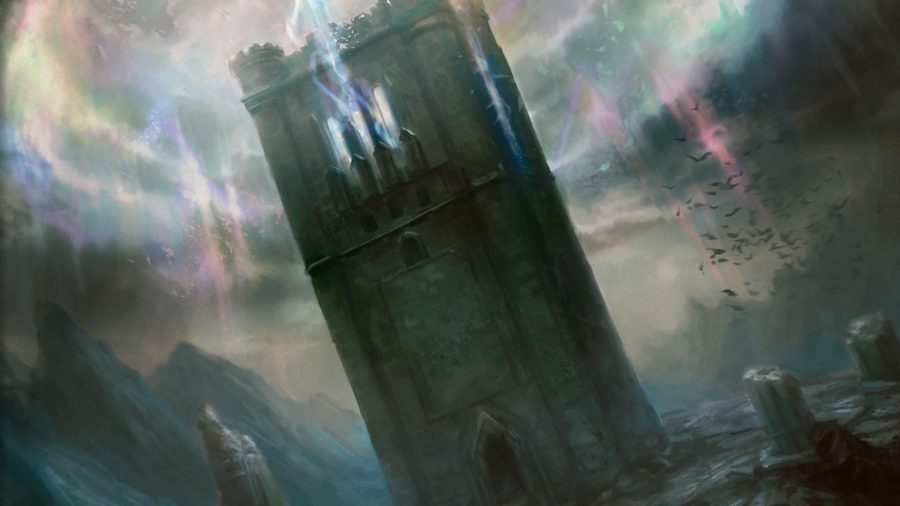 When Command Tower was printed in 2011, it became that little bit easier to build a Commander deck. Now you don’t have to come up with 99 cards (plus a commander), just 98.

Too good: The MTG Commander banlist

Able to play any type of mana your deck needs, almost by definition, there’s pretty much no reason not to pop a Command Tower in every Commander deck you ever build. The only exception, perhaps, is if your deck is colourless and just wants a load of utility lands with special abilities. 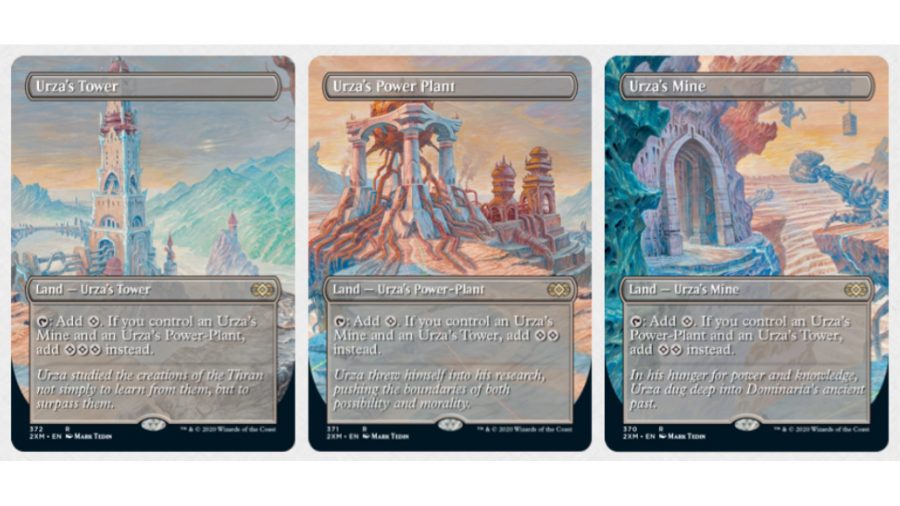 The Tron lands, Urza’s Tower, Urza’s Power Plant, and Urza’s Mine are pretty pants on their own, but they’re strong when you use their powers combined (much like Voltron which, believe it not, is where this trio of lands gets its nickname). When you have all three on the field, you can get seven mana using just three cards, letting you rush out some mighty mighty cards.

You’re not likely to use these MTG lands in Commander, but they have a well-earned and well-respected place in formats like Modern and Pauper.