MTG Modern is a Constructed format that’s diverse and unique – but it can also be expensive and highly competitive. The format doesn’t rotate out of play like Standard, and many of its best MTG decks still play cards introduced to the trading card game nearly a decade ago. This means there’s an enormous number of ways to play.

Despite the huge variety of cards available, MTG Modern games are fast-paced. Deck sizes start at 60 cards, but they can be as large as you want (as long as you’re still able to shuffle your deck by hand). Two players start out with 20 life, can arguably suss out what type of deck their opponent has in a few turns, and a winner is decided in roughly 20 minutes.

If you’re new to the MTG Modern format, you may appreciate having a guide. We can take you through all the essentials you need to start playing Modern, including its MTG banlist and some of the most competitive decks in play right now.

Here’s our guide to MTG Modern: 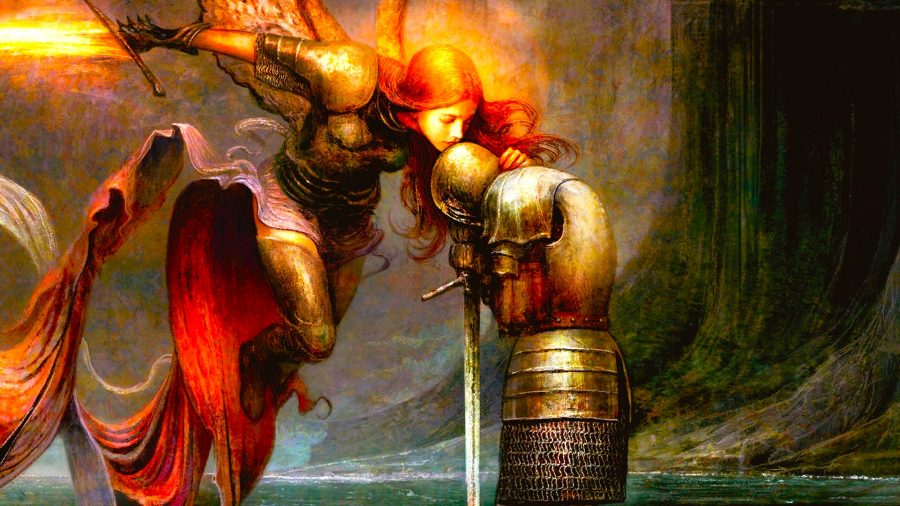 How to play MTG Modern

As we already said, the minimum size for an MTG Modern deck is 60 cards, with its max size limited to as many cards you can shuffle without assistance. You can have up to 15 cards in your sideboard. There are four general ‘types’ of Modern deck (more on these below), so it can help to choose sideboard cards that counter these decks and can be shuffled in once you know what you’re up against.

Your Modern deck and sideboard can include no more than four of the same card type. This excludes basic lands – so throw in those Swamps, Mountains, and Planes to your heart’s delight.

Up next: Check out the MTG set release dates 2022

The four core ‘types’ of competitive MTG Modern decks are named after the strategy they use to win. You have aggro decks that are all about dealing lots of swift damage, and control decks which control opponents by defending and reacting to their moves. Combo decks use card drawing, engines, and mana acceleration to find powerful cards as fast as possible; and midrange decks start out using control techniques, then pivot to dealing damage through creatures and MTG planeswalkers.

For a more in-depth tutorial for playing MTG, you might find our How to Play Magic: The Gathering guide useful. 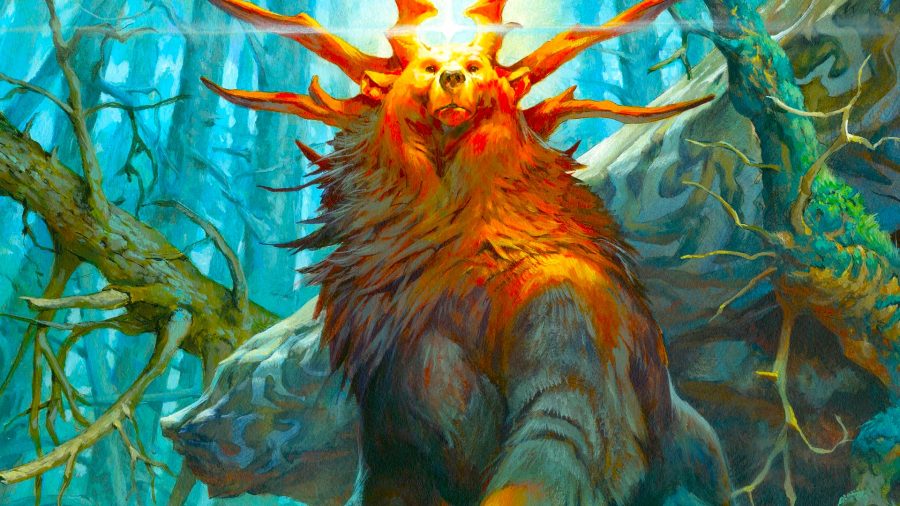 With a non-rotating format and a huge number of legal cards to work with, you’d think the list of best MTG Modern decks would be endless. However, the format’s meta (essentially which decks are popular right now) is narrowed down by one core idea – the best MTG Modern decks are those that have the most powerful effect for the lowest mana cost. One-mana spells like Lightning Bolt are still hugely popular for good reason.

Below are a handful of the best MTG decks in play right now: 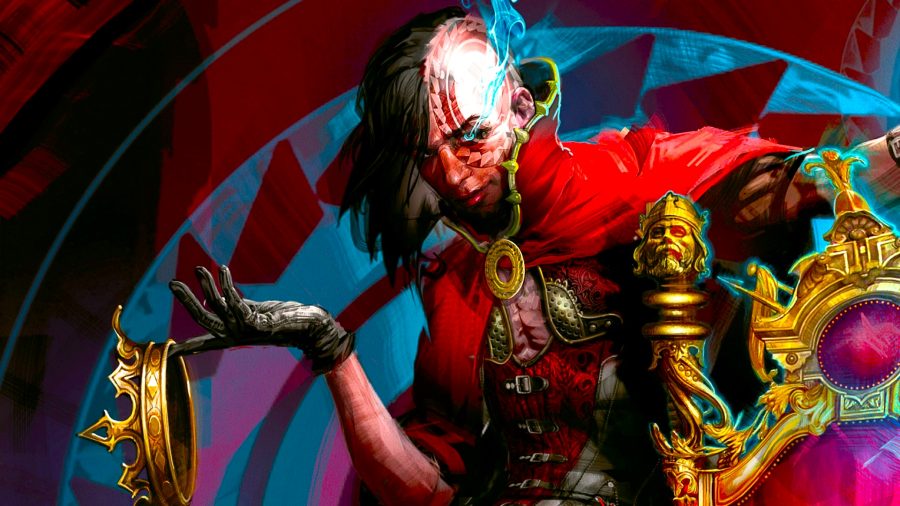 Often also called Amulet Combo, Amulet Titan uses Amulet of Vigour and bounce lands like Selesnya Sanctuary and Gruul Turf. The aim is to generate six mana as quickly as possible to get green creature Primeval Titan on the board and attacking.

Prints and the pauper: A guide to MTG Pauper

Because you’re looking to land a specific combo, it’s important to know what opening hands are most effective, as well as when to mulligan to find the cards you need. Amulet of Vigour and Simic Growth Chamber are often essential to a starting hand, and you’ll need to have a Primeval Titan to actually play once you’ve generated your mana. There’s no guarantee you’ll always pull what you need at the perfect time, though, so playing Amulet Titan often requires you to think on your feet. 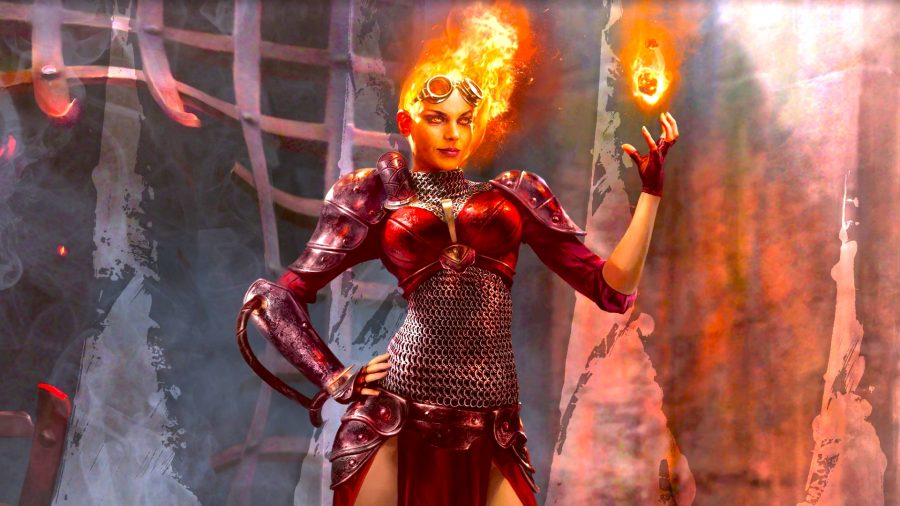 Burn is a classic red aggro deck that’s relatively inexpensive and easy to learn. With this deck, you’re aiming to deal as much direct damage to your opponent as possible with cheap red spells like Lightning Bolt and Lava Spike. You can also throw in a few creatures for the same effect – Goblin Guide and Monastery Swiftspear have been popular choices in the past. It helps to get creatures on the board as early as possible to maximise the damage they can do.

In command: These are the best MTG Commanders

This deck is all about mana efficiency, and it quickly punishes players who don’t take heed. Because of this, you’re unlikely to want cards that cost more than two mana in your Burn deck. 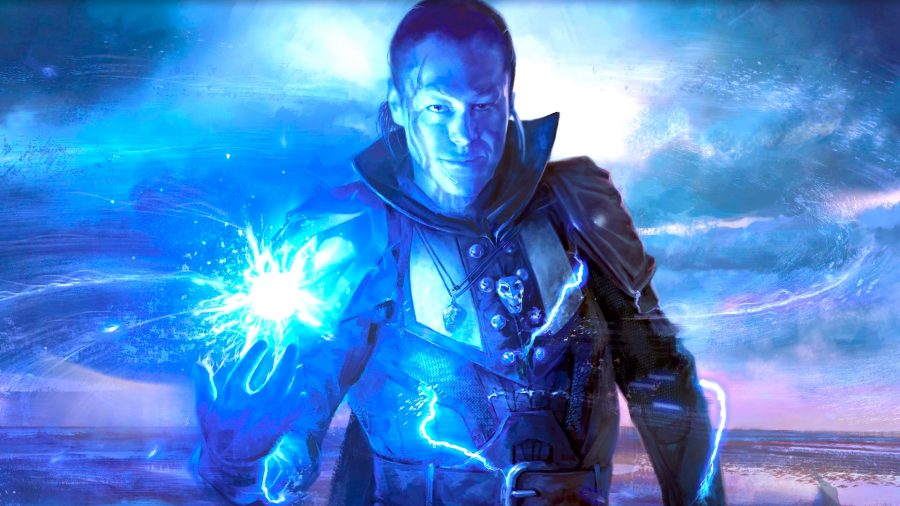 This is a largely green/black deck that focuses on Yawgmoth, Thran Physician and undying creatures like Young Wolf and Strangleroot Geist. The result is a sometimes infinite cycle of creatures coming back under your control, able to deal more and more damage to your opponent.

On the horizon: The best MTG Modern Horizons 2 cards

There are several different combo kills you can achieve with this deck. For example, having a Blood Artist on the battlefield means you’ll also be dealing damage and gaining life as your creatures die (and then come back thanks to undying) – suddenly the one life you pay to activate Yawgmoth’s powers isn’t that much of a sacrifice. These combos can be incredibly powerful and satisfying, but they do make Yawgmoth a Modern deck that requires a lot of research and a thorough understanding of your deck. 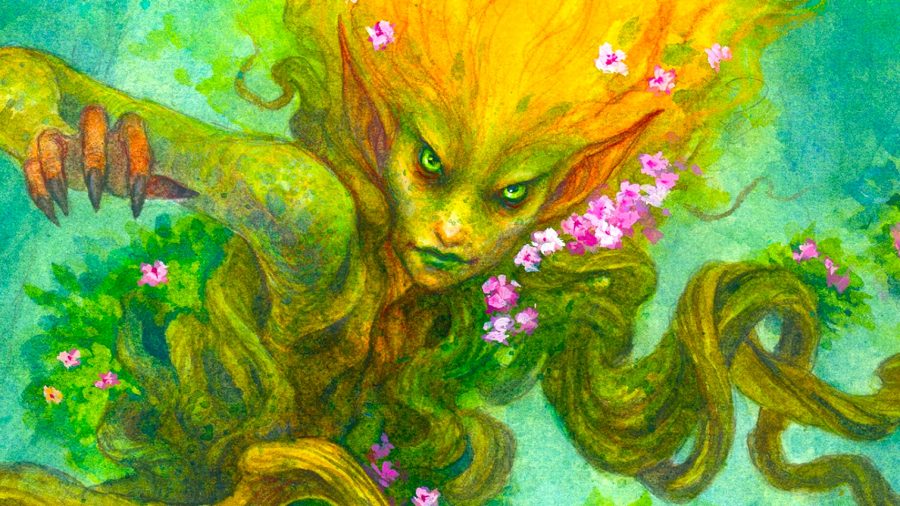 Like all formats, Modern has its own section in the MTG banlist. As well as all universally banned cards, these cards make up the MTG Modern banlist:

The most recently banned Modern card is Lurrus of the Dream-Den, which was added to the Modern banlist (as well as the Pioneer banlist) on March 7, 2022. When explaining the ban, Wizards of the Coast said “Lurrus’s play rate (31% in Magic Online League decks that started with four wins) points to a card that is contributing to the homogenisation of the Modern play experience”. “There is not a significant enough deck-building cost to incorporate it into a wide variety of strategies.”