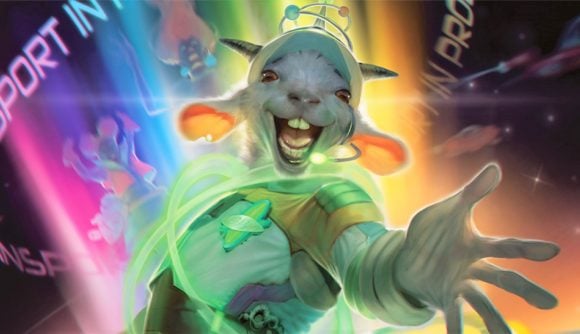 MTG Unfinity is the Magic: The Gathering un-set releasing in 2022. An un-set means it’s not a mainline Magic release, but a supplemental set that plays with Magic: The Gathering mechanics and tropes, often parodying them for laughs. Set in a zany space carnival, we can expect Unfinity to be filled with aliens, robots, clowns, balloons, and all of the fun of the fairground. In this guide, we’ll go over the set’s release date, and everything else we know about Unfinity so far.

Whereas previous un-sets have been silver-bordered, meaning the cards are only playable in casual games, MTG Unfinity breaks the un-set mould. Its cards are all black-bordered, which means many can be used in ‘eternal’ formats like Commander and Legacy. The Unfinity cards deemed too ‘silly’ for other formats, with mechanics that wouldn’t work in normal play, will now sport an attractive acorn stamp, marking them out as casual-only cards.

MTG Unfinity is still a few months away, but we’ve already learnt a fair bit about the set, and seen a few Unfinity cards, including a load of truly gorgeous space-themed land cards. Here’s everything you need to know about the set. 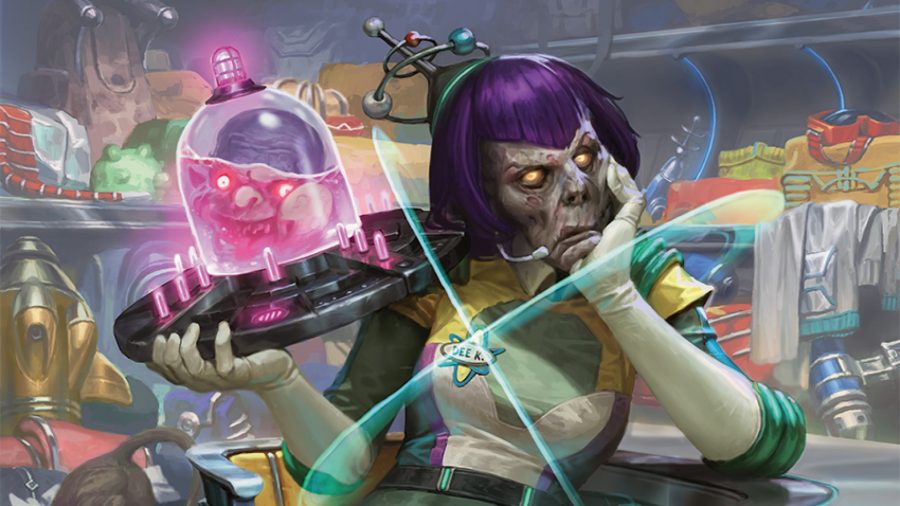 The global release date for MTG Unfinity is October 7. The set was originally slated for release much earlier in the year, intended to come out on ye Fool’s Day of April 1. However, pesky COVID-19 led to a delay, due to “supply chain complications”.

Unfinity’s new release date in October puts it between two premier MTG sets: Dominaria United, arriving in September, and The Brothers’ War, due in November. 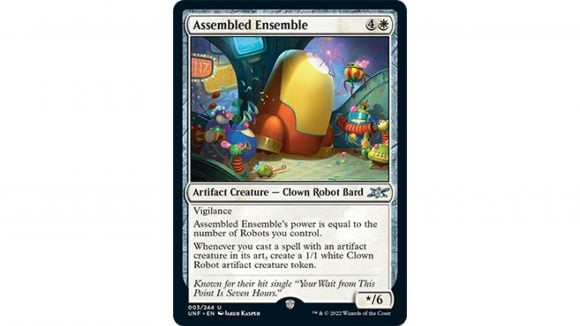 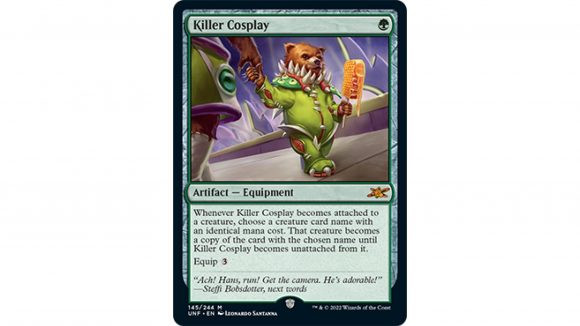 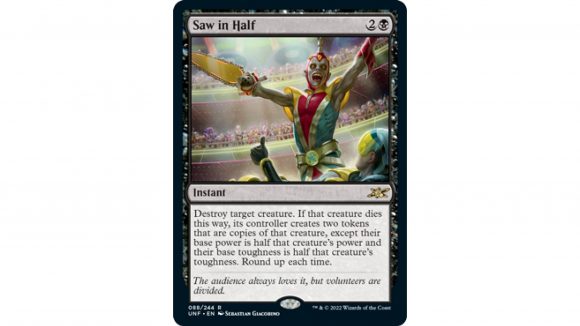 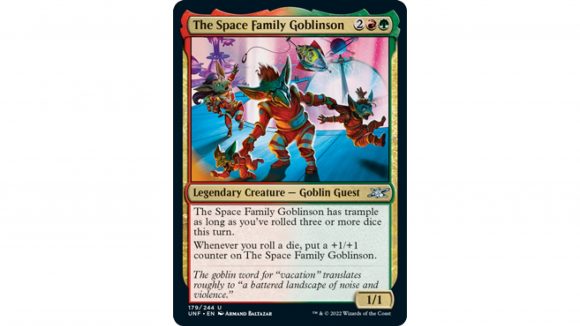 Only four non-land MTG Unfinity cards have been spoiled so far. These cards include Assembled Ensemble, a robot artifact creature card that teases the existence of robot clown tokens. There’s also Killer Cosplay, a really neat equipment that lets you turn its wearer into any creature in Magic, provided it has the same mana-cost. Who needs proxies anymore?

Those are both acorn cards. Eternal, Commander playable Unfinity cards include Saw in Half, a copy spell that’s masquerading as a kill spell. It essentially lets you turn one creature into two smaller copies of itself. Then there’s The Space Family Goblinson, a card with a very silly name but quite a standard effect as un-set cards go – it’s just a Gruul 1/1 that gets bigger and tramplier that more dice you roll.

Also worth noting, the promo card for the set, handed out to players who participate in an Unfinity launch party event at WPN stores, is Water Gun Balloon Game, an un-set reprint, originally from Unhinged. 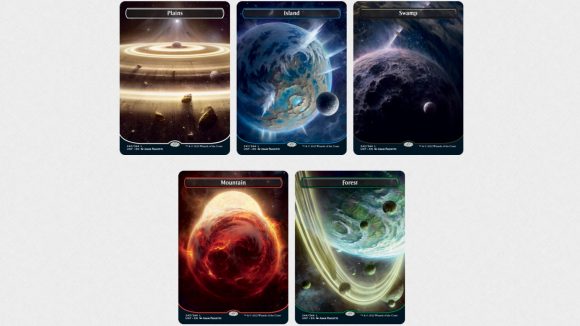 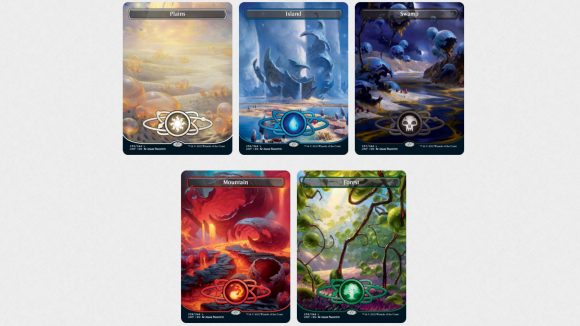 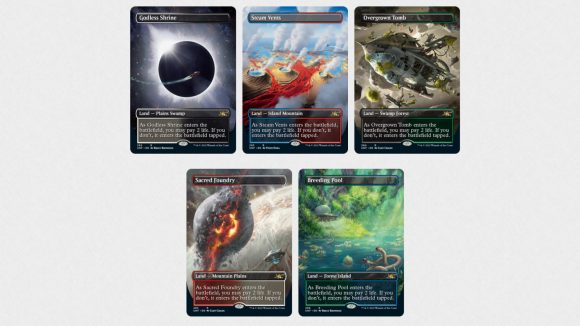 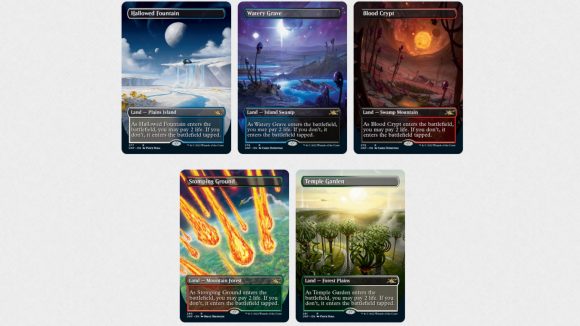 Before we got to see any new Unfinity cards with actual rules text, a number of land cards from the set were shown off. These include a beautiful set of 10 borderless, full-art Unfinity basic lands showing off planets seen from afar, along with alien landscapes.

Even more snazzy, and perhaps a reason for non-casual players to crack Unfinity packs, are the shocklands. These are reprints of the Ravnica shocklands, some of the best MTG land cards in existence. Like the basic lands, the Unfinity shocklands feature sci-fi artwork showing everything from space wreckage to meteor showers.

Wizards of the Coast says there’ll be one land in every Unfinity draft booster, and two in every collector booster.