In Magic: The Gathering, a proxy is a substitute used in the place of an official Magic card. Simple as that. Wizards of the Coast prefers to call them ‘playtest cards’, but among the MTG community, proxy is the name that’s stuck.

Contrary to popular belief, it doesn’t matter what form this substitute takes. An MTG proxy could be an Island with the world ‘Black Lotus’ scrawled onto it in sharpie, a pokemon card covered with a post-it note, or just a red piece of paper pretending to be a mountain. Even a d20 that you’ve turned to ‘19’ to represent the horde of 1/1 deathtouch snake tokens your Hapatra, Vizier of Poisons Commander deck has churned out could reasonably be described as a proxy.

Proxying is a rather controversial topic among Magic fans (then again, what isn’t? We’re a fractious bunch.) with many disagreeing on when proxies should be used, if at all. Some argue that you should only use proxies for cards that, due to scarcity, have reached a ludicrous price on the secondary market (check out our guide to the most expensive magic cards for some of those) or for Reserved List cards that are almost impossible to get hold of. Others don’t bat an eye at the notion of proxying any card that strikes your fancy.

For now at least, we’re gonna carefully skirt right around the whole ethical debate and stick to the facts. The number one question raised time and time again whenever the subject of MTG proxies comes up is: what does Magic: The Gathering creator Wizards of the Coast think of proxying? In other words, are you allowed to make proxies, or could doing so land you in legal hot water? So, let’s discuss… 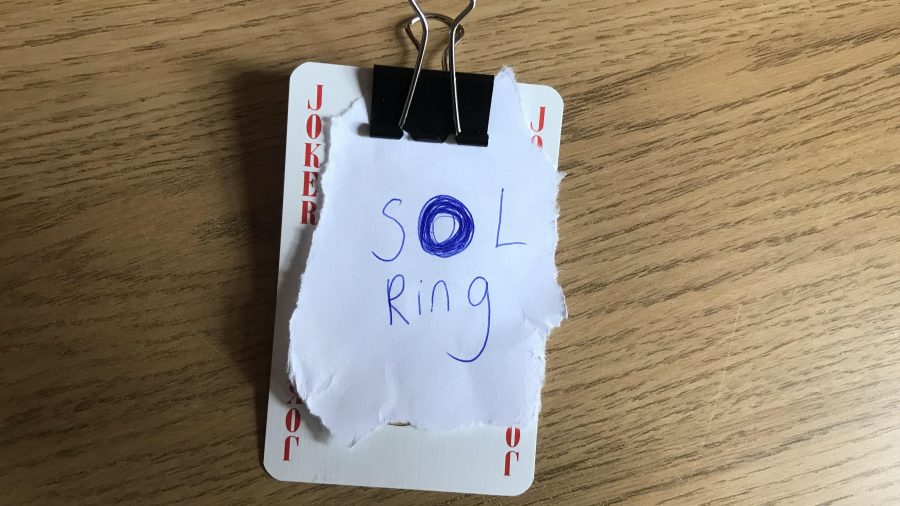 Does Wizards of the Coast allow MTG proxies?

Wizards of the Coast doesn’t often talk about proxying, but fortunately, in its last official statement on the subject, made in 2016, the company made its stance pretty clear. When it comes to proxies, Wizards doesn’t care about what it calls ‘playtest’ cards, outside of sanctioned tournaments and events. Indeed, according to its own article: “Wizards of the Coast has no desire to police playtest cards made for personal, non-commercial use, even if that usage takes place in a store.”

But what does get Wizards of the Coast in a tizzy is ‘counterfeit cards’. Indeed, the company says it’ll “work quickly and decisively with law enforcement agencies around the globe to protect against the creation or distribution of counterfeit Magic cards.”

So, what’s the difference between playtest cards and counterfeit cards? As Wizards itself admits, the term ‘proxy’ can sometimes be used colloquially for either. 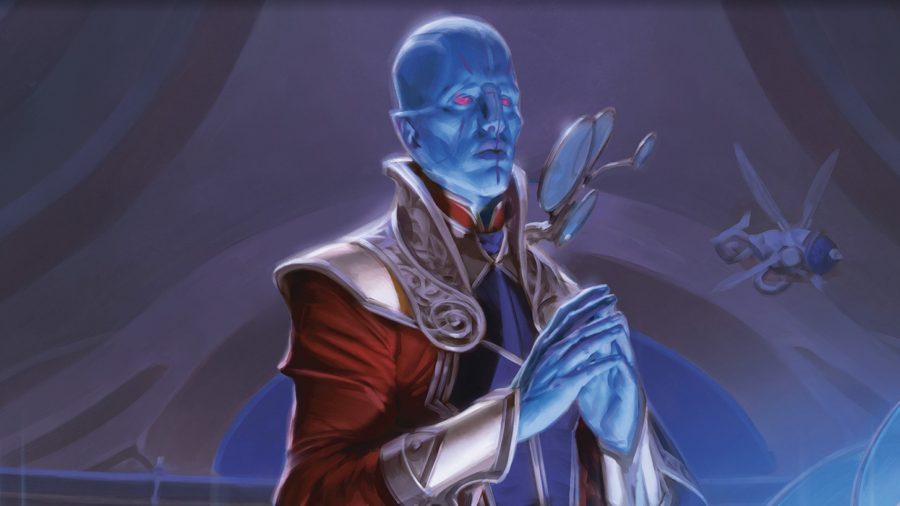 The difference can be hard to ascertain at times, but the main thing that marks a proxy as acceptable to Magic’s creators is if it couldn’t be passed off as an official Magic card. From Wizards’ definition: “Playtest cards aren’t trying to be reproductions of real Magic cards; they don’t have official art and they wouldn’t pass even as the real thing under the most cursory glance.”

Therefore, if you want to make or print MTG proxies for your own, personal use, make sure you’re not creating a close facsimile of a real card.

The other golden rule is that you cannot sell proxies. If money is changing hands, that’s a whole other kettle of fish. Buying and selling proxies is crossing the Rubicon into counterfeiting territory, and will definitely upset Wizards. And you never want to upset a Wizard; you could get turned into a frog. Or hit with a cease and desist.

To be clear, it doesn’t matter if your proxy looks nothing like an official card. It could even be a lovingly crafted piece of original artwork. If it uses mana symbols, official fonts, card names, or anything else that Wizards of the Coast holds copyright to, you still can’t sell it. The first rule of Wizards’ Fan Content Policy is that fan made content using its IP must be free. 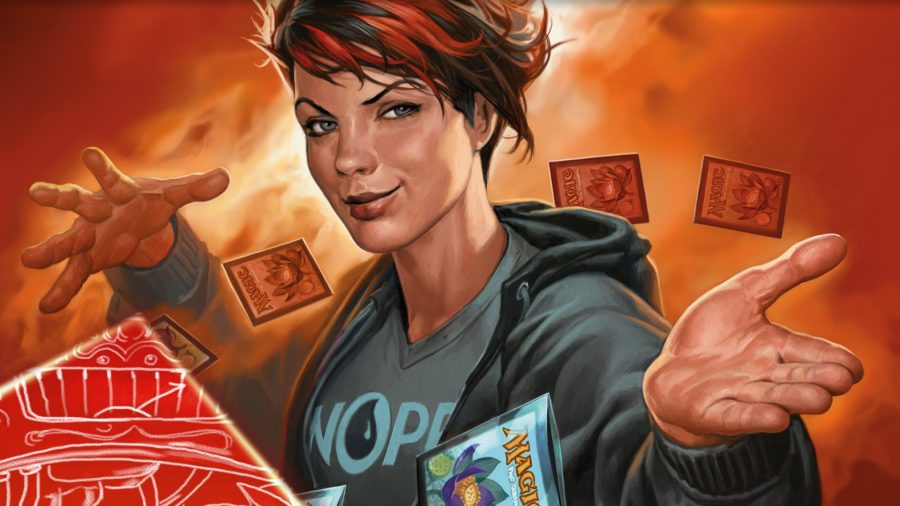 Can MTG proxies be used in tournaments?

Short answer: no. Long answer: noooooo. Proxies are perfectly fine for personal use in kitchen table Magic or friendly Standard or EDH games, but you can’t take one to an official tournament.

That said, if an official Magic card being used in a tournament is bent, scratched, wettened, lightly charred, or otherwise marked in such a way that its inclusion in a deck is deemed unfair, a judge may grant a temporary proxy. According to the official MTG tournament rules: “When a judge creates a proxy, it is included in the player’s deck and must be denoted as a proxy in a clear and conspicuous manner.”

But although a proxy made in this way is considered an ‘official proxy’, you can’t turn up to your next tournament using it. “A proxy is valid only for the duration of the tournament in which it was originally issued.” 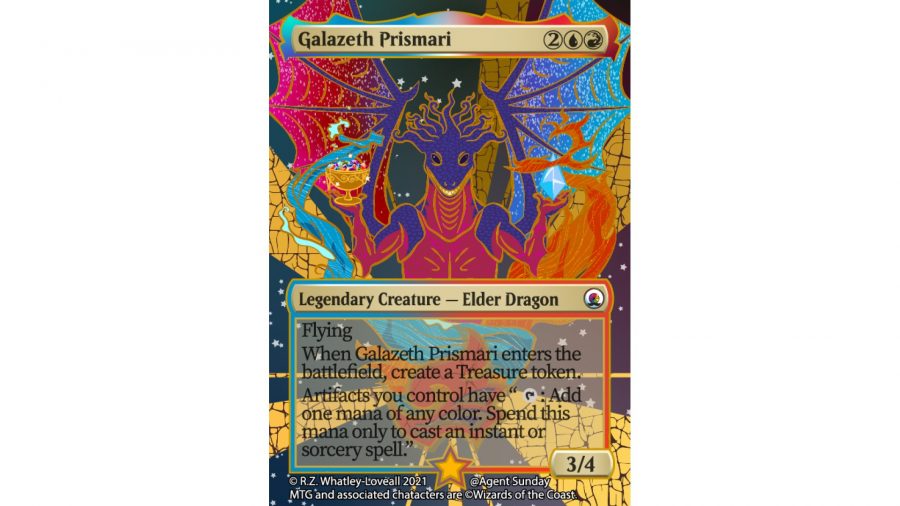 With tons of unique worlds, straddling multiple genres, a (often) decent story, and a cast of visually interesting planeswalker characters, it only makes sense that there’s plenty of Magic: The Gathering fan art floating around. There’s some serious talent among the MTG community and art is one of the main ways it bubbles to the surface.

For an MTG fan artist, what could be better than sticking your own work on a card and using it in your Magic games? Not much, we assume. As such, there are tons of MTG proxy artists using their skills to produce creative and vibrant proxies, like the piece above by Reddit user Agent Sunday.

Order of play: All MTG sets in order

It’s pretty clear that Wizards of the Coast pays attention to the wide range of interesting art styles used by proxy artists. We know this to be true because, in 2022, the company asked a proxy artist to produce a Secret Lair. Ben Schnuck is a proxy artist who became an official Magic artist when he was hired to draw synthwave lands in the Shades Not Included Secret Lair, part of the February Secret Lair Superdrop.

As they’re the two main ways that fans like to get artsy with Magic cards, there’s often some confusion between proxies and alters. To clear things up, alters use an MTG card as a base. If you scraped off the paint or the pastel, you’d find the original card underneath. MTG proxies are made from scratch.