Looking for the best Pokémon cards? There’s a lot to choose from. Played for nearly 25 years, with new expansions releasing all the time, the sheer numbers of pocket monsters has never been higher. They’ve become so overwhelmingly numerous that filling your Pokédex is a lifetime achievement. But throughout all the playground trades and professional battles, some have cemented themselves as the best ever.

Deciding what makes a card one of the best Pokémon cards is tricky. You could pick the most powerful Pokémon, the most popular, the most visually creative, or the rarest Pokémon cards that can be flipped for a high price on the second-hand market. All viable, and all important to Pokémon TCG players.

But we’ve opted for a more all-encompassing approach. For us, the best cards are those that perform to their brief. That might be bolstering your deck with a battle-defining ability so unrivalled it shifts the game’s meta for years to come. Or it could simply be having such a brilliant artwork you’d rather keep it framed on your desk than take it to a tournament table. Like Pokémon themselves, there’s a lot of variety.

These are the best Pokémon cards: 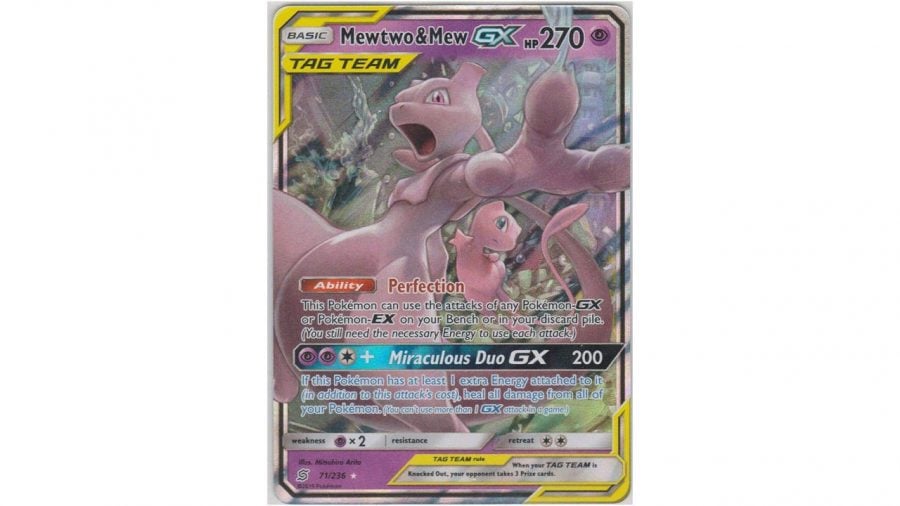 Pokemon’s Tag Team cards became a quick favourite following their release in Sun & Moon’s Team Up expansion. Combining two much-loved Pokémon into a single, potent duo, the powerful cards bag a pair of familiar faces in one. There’s the hilariously mismatched Magikarp and Wailord, the romantic pairing of Latias and Latios, and the fire-themed Reshiram & Charizard. But no pair stands a chance against Mew and Mewtwo.

Damage dealers: These are the most powerful Pokémon

Legends in their own right, the card’s Perfection Ability is one of the most versatile in the whole TCG, letting you use the attacks of any Pokémon-GX or Pokémon-EX sitting on your bench, or languishing in your discard pile. Fill your deck with high damage dealers, and discard them as soon as you can, and you’ll be rewarded with a wide array of effective abilities that can knock out your enemy in no time. 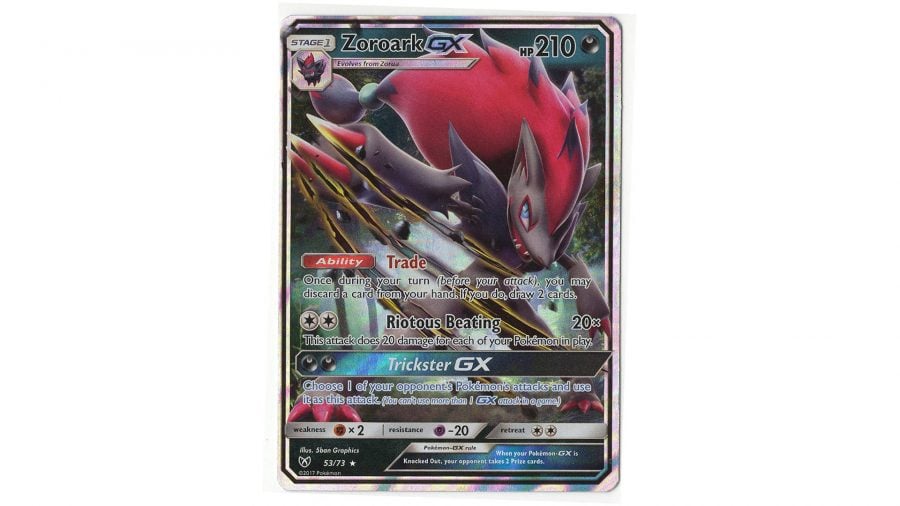 Following its release in 2017’s Shining Legends expansion, no Pokémon deck was complete without Zoroark. It dominated the meta as quickly as it could knock out your opponent’s Pokémon. And to be clear, that was very quick. Its Riotous Beating attack dealt 20 damage for each of your Pokémon in play, while its Trade ability let you draw two cards after discarding one. Combined, you could beef up Zoroark with key Trainers, and swat back your opponent’s creatures, in a single blow.

It was a staple of all decks, and any that didn’t use Zoraoark were built entirely to counter it. Attempting to treat it like any other powerful Pokémon was futile, and many existing strategies and builds were made obsolete overnight upon its release. It dictated the game so much that popular sentiment to Zoroark is mixed to this day. Some see it as a fabled card that earnt all the fear surrounding it, while, for others, it was simply a game-breaking addition. Either way, in its time, it was a powerhouse-Pokémon like no other. 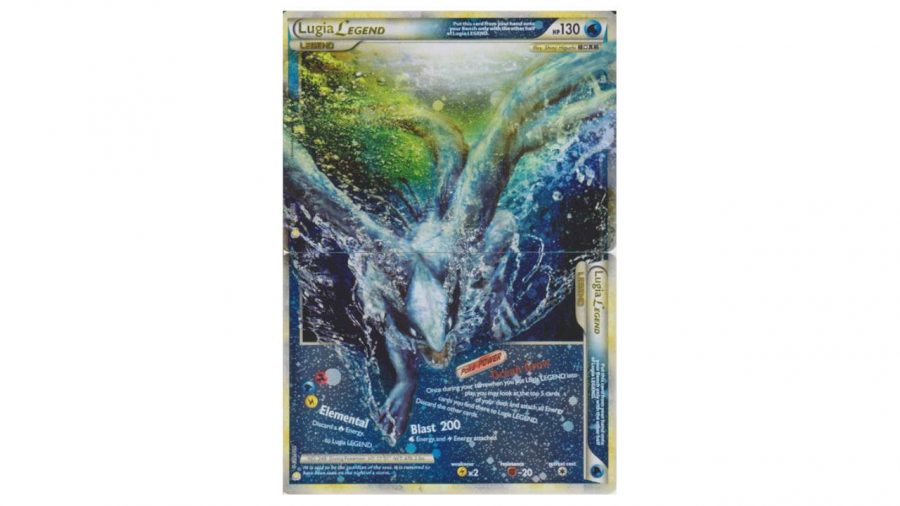 There’s a lot of pretty Pokémon cards. The husky mystique of Hydriegon-EX, the vivid cuteness of Surfing Pikachu, or the tangible wonderment of Cubone. But for our money, the best looking card is Lugia Legend, of 2010’s HeartGold & SoulSilver series. All merging hues, pronounced features, and hand-drawn water effects, few cards have ever looked so appealing. And the artwork is split across two cards for maximium artistic potential (probably).

Costly collection: These are the most valuable Pokémon cards

Is it the most beautiful card? Well, it’s certainly not to everyone’s taste, and it ain’t redefining any aesthetic tenets of the art world. But if you’re in the mood for hanging a vicious flying sea creature on your wall – one that firmly captures all the spirit of Pokémon – you could do little better than Lugia. Slightly psychedelic in design, with a hint of gaudiness, you certainly won’t be forgetting it any time soon. 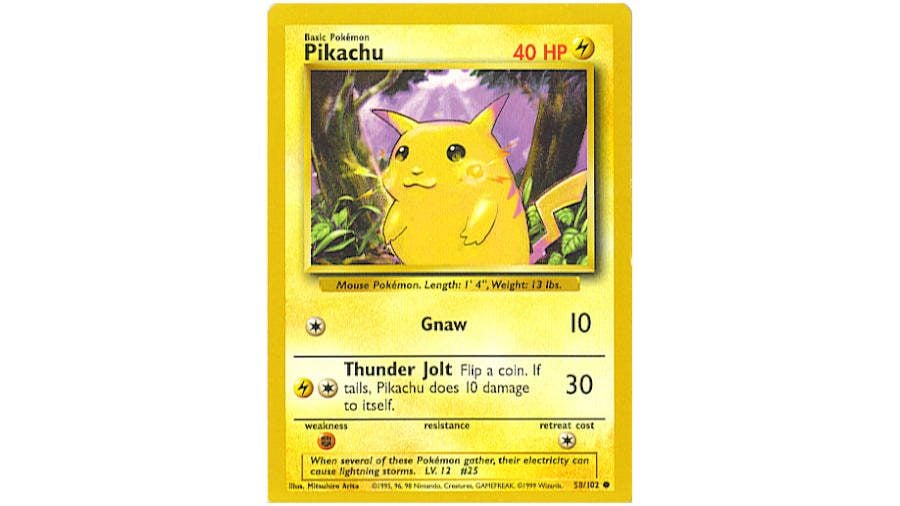 Pikachu was sure to appear on this list. Pokémon’s principal mascot and a familiar cuddly toy the world over, name recognition alone has earned Pikachu a high status among the cream of the imaginary-creature crop. But for us, the best showing of Pikachu was the first, on the original Japanese Pikachu card.

And that’s largely because of the art. Pikachu’s not fighting, not running around, and not really doing anything at all. It’s sitting with a slightly gormless expression on its face, while lightning bolts shoot from its chubby cheeks, and two stubby arms protrude above its rotund belly. This is Pikachu at its cutest. Why would anyone want to face off against this fella? Much better to lean in for a good hug. 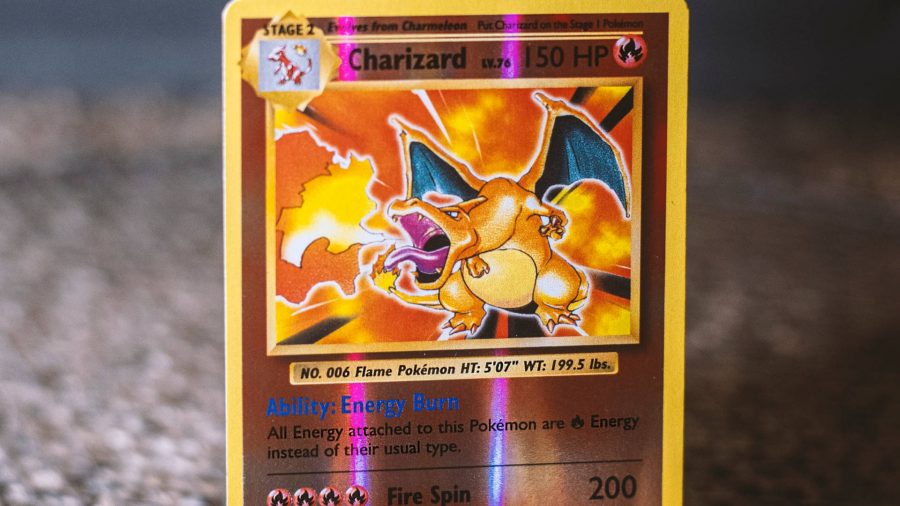 The classic. The original. The essential card in any player’s collection. The shiny Charizard has been tantalising children in the playground and turning the heads of collectors for over twenty years. Charizard remains one of the most recognisable mascots of the entire franchise, and the holographic (or shiny) version has only expanded in mythos as it’s aged.

Counterfeit cards: This how to identify fake Pokémon cards

But the very best, the one to really rave about, is a first edition shadowless shiny Charizard. Printed in error, the card doesn’t include the shadow around its image box. While most were corrected or removed from sale, some slipped through, with their printing fault only adding to their uniqueness, as well as their price. In November 2020, a mint condition first edition shadowless holographic Charizard sold for £295,000 / £210,000, making it the second most expensive Pokémon card ever sold. 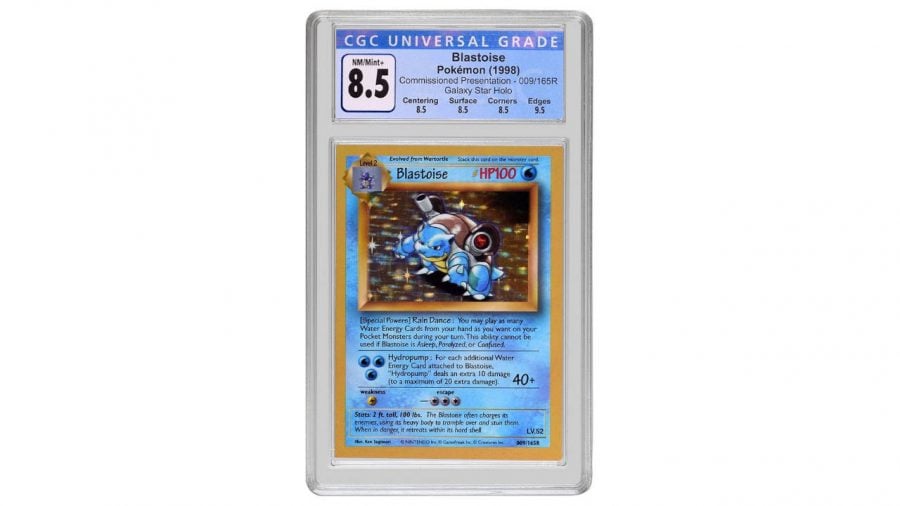 If pure rarity is your preferred metric for testing a card’s bestness, it’s not Charizard that should be the apple of your eye, but its watery Generation I cousin, Blastoise. The ‘Presentation’ Blastoise card sold in January 2021 for a cool $360,000 / £260,000 at auction, clinching the title for most expensive Pokemon card ever sold. Created for Wizards of the Coast as a demonstration piece, and used as part of their pitch to Nintendo for producing an English variant of the TCG, only two were ever printed.

But besides its rarity and printing peculiarities (including a missing energy symbol, different fonts, and misspellings), the card also carries a certain gravitas. This is an artefact from the days before the Pokémon TCG existed outside of Japan, and played a role in bringing the game to an international audience. Any card with such a role in the TCG’s history deserves a spot on this list. 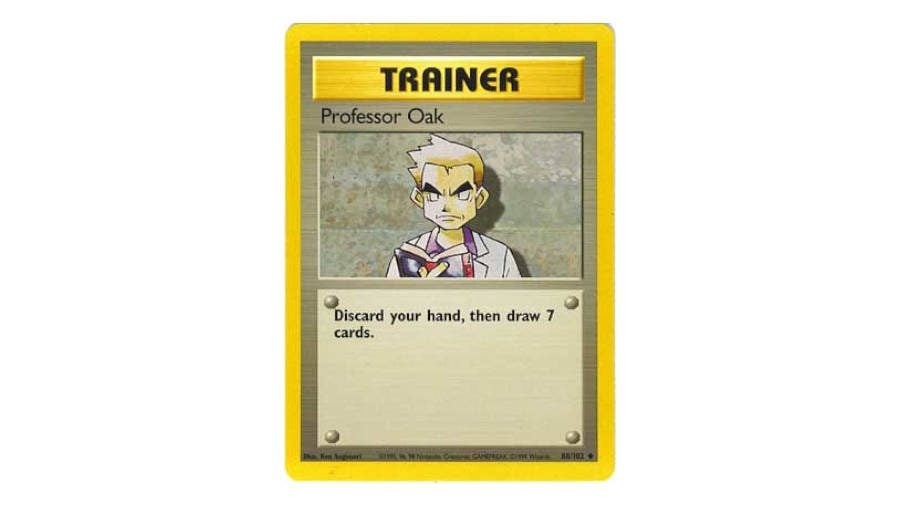 With his stern expression and slightly drab appearance, you could be forgiven for dismissing Professor Oak as an old fuddy-duddy. A card that’s more amusing for its dated artwork than actually useful. But, although it was rotated out of the meta years ago, you shouldn’t go casting shade on it too soon. Back in the day, this was /the/ trainer to have.

Training day: This how to play the Pokémon TCG

Letting you discard your hand, and draw seven cards in its place, Professor Oak was vital to cycling through your deck, chucking out the duds, and beelining that frightening Gyrados sitting at its heart. Combined with his fatherly role in the anime TV series, Professor Oak cemented himself as the most iconic trainer card in the whole TCG. 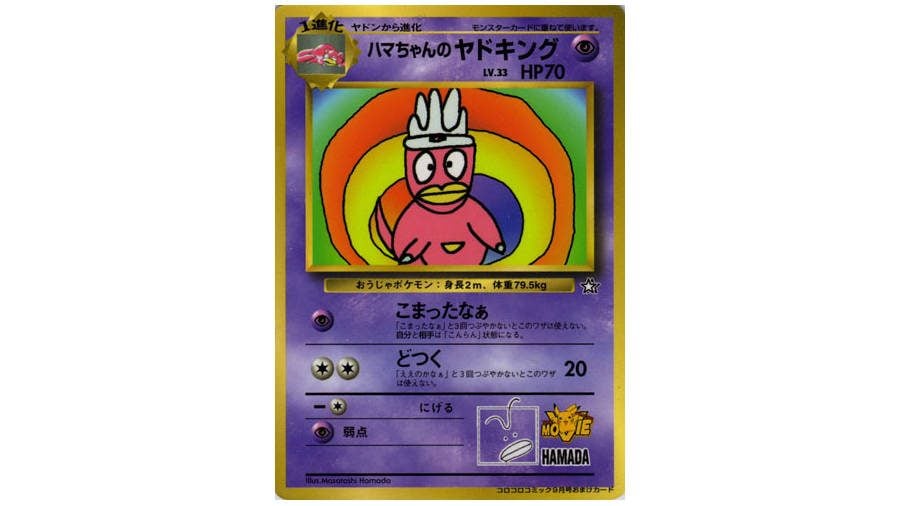 As for the weirdest card that can’t be measured by any usual metric of the TCG, look no further than Hama-Chan’s Slowking. Printed as a promotional card in the September 1999 issue of Japanese toys and manga magazine CoroCoro Comic, the card is more of a child’s drawing of Slowking, than a serious card. Not artistically incredible, and certainly not useful in-game, it nevertheless deserves praise as the best spoof card to ever grace the game.