One of the greatest joys of the Pokémon TCG is building a collection of pocket monsters. Many players come to the game just to chase tantalising shinies, look for rare cards, and rip open booster packs with giddy excitement. But even if you’re determined to catch ‘em all, once you’ve learnt how to play Pokémon cards, you also want to win.

And Pokémon are far from equal. Some stand proud as the most powerful cards to have graced the TCG, making others look little more than useless deck-fillers. Some are loved, while others are infamous. Some are still in use, while others have been banned.

We’ve combed the vaults and created this list of the strongest Pokémon cards, spanning contemporary releases that still hold their own, and older cards that were once staples of the meta, but have since been surpassed or rotated out. Like many trading card games, power creep is very much alive in the Pokémon TCG, and the most powerful cards change with each major release. Keep your eyes peeled as we update this list.

Pokéballs at the ready. 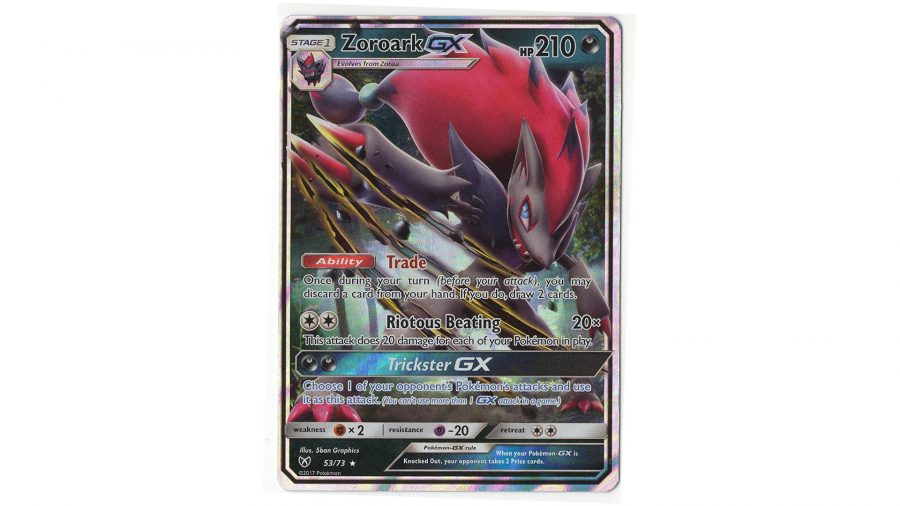 Something of a staple of Expanded format decks, Zoroark has become a familiar face in Pokémon battles since its release in the Shining Legends expansion. Its Trade ability, which lets you discard a card to draw two more, is especially useful for removing duds from your hand and finding key Trainer cards. Use them to boost its already-powerful Riotous Beating attack, dealing 20 damage for each of your Pokémon in play, and be knocking your opponents with ease.

Precious goods: These are the rarest Pokémon cards

Capable of dealing massive damage through straightforward abilities that complement a variety of decks, many builds that couldn’t cater to Zoroark became largely obsolete when this Pokémon came along. Others focused entirely on countering it, but, either way, Zoroark came to dictate the game. The power creep of newer sets has since meant players can no longer rely on Zoroark for a comfortable win, but it’s enjoyed unmatched longevity, and sheer popularity as the go-to powerhouse-Pokémon for years. 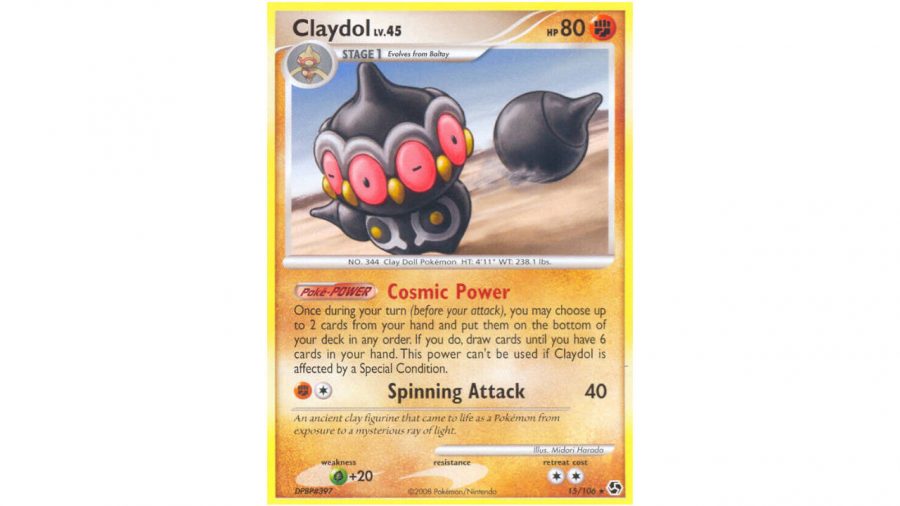 If any Pokémon has earned the mantle of single-handedly carrying every deck of which it was part, Claydol would be the clear winner. Released in 2008’s Great Encounters, the Pokémon was so critical to the meta, if you didn’t have a Claydol to stick in your deck, your opponent was guaranteed to run rings around you. Its Cosmic Power ability let you discard two cards to the bottom of your deck, and refill your hand up to six cards.

Numbers Game: How many pokémon are there?

A fantastic draw engine, Claydol let you churn through cards, getting rid of the poorer showings, and slowly amassing the best of the bunch in a single hand. All of your opponent’s focus would be drawn to this one Pokémon, as they desperately try to prevent you from recycling, letting you quickly finish them off. Later releases tempered Claydol’s abilities, and it never regained the same importance as those earlier years. But when Claydol shined, it really shined. 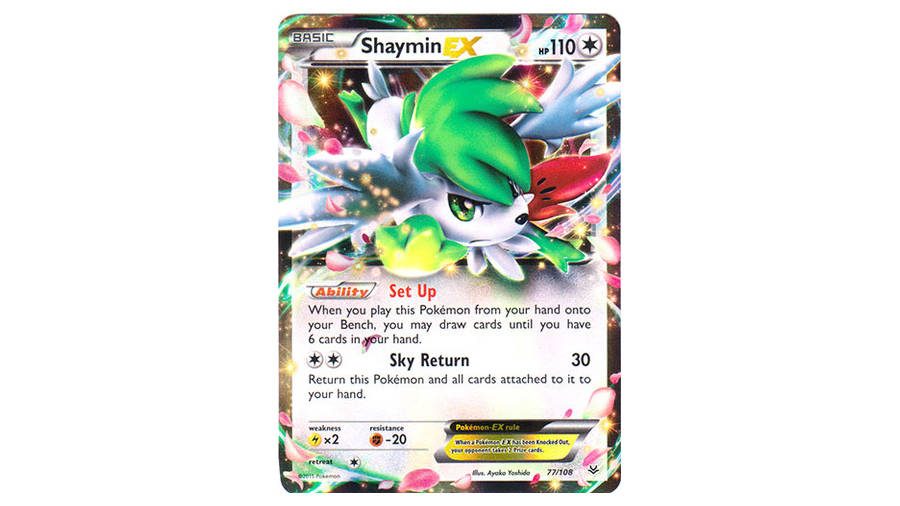 Released as part of the Roaring Skies expansion, Shaymin-EX quickly became a standard card in Pokémon battles everywhere. Very similar to other famed Pokémon Uxie, its Set Up ability lets you fill your hand with up to six cards when played to your bench. Hugely useful for quickly boring through your deck, handing yourself an advantage, and swarming your enemy before they have a chance to catch up.

Trainer: This is how to play the Pokémon TCG

Shaymin-EX is all about speed, instantly tilting the balance of play in your favour, which must be quickly leveraged before your opponent can recover. It quickly became a prized card among professional and amateur players alike, but was banned from official Pokémon TCG Expanded format tournaments in 2020, because using Set Up ability in conjunction with the Scoop Up Net card (which allows you to place a Pokémon-GX card back into your hand) was deemed to be too powerful a combination. 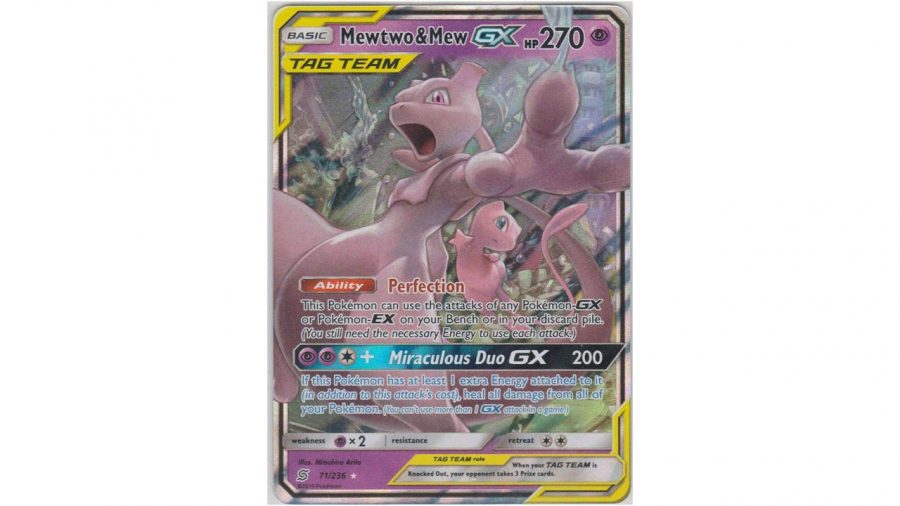 Mewtwo might be a stalwart of Poké-power, but there’s one thing that’s always better than a single Pokémon in your hand: two, in a single card. Introduced during Sun & Moon’s Team Up expansion, Tag Team cards feature two famous Pokémon in a potent duo. There are a lot of competent tag team options out there, but none match the sheer power of Mewtwo and Mew-GX.

This card excels for its versatility. Its Perfection Ability lets you use the attacks of any Pokémon-GX or Pokémon-EX on your bench, or in your discard pile. Discard a bunch of powerful Pokémon as soon as you can, and you’ll essentially never be without a good attack option. Just make sure to fill your deck with heavy hitters, so you can replicate the best attacks possible. Massively popular when it released, it’s still prized among tournament-goers. 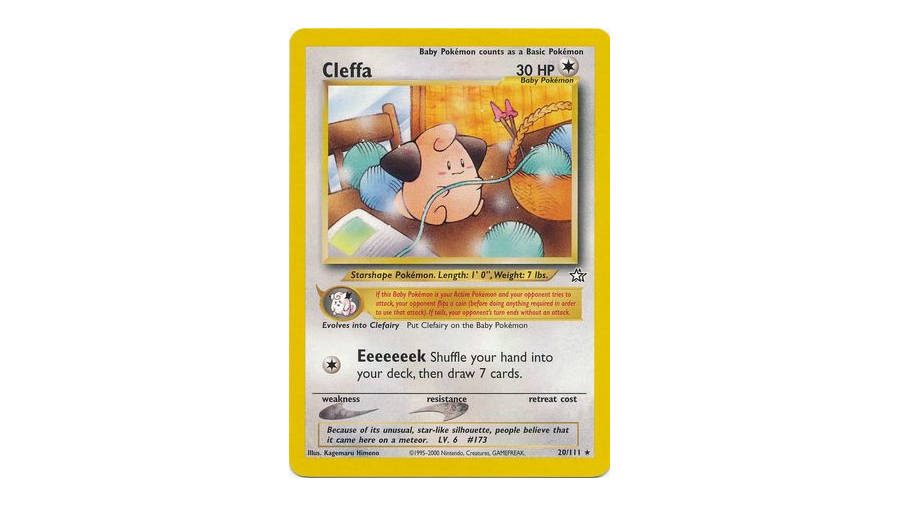 Back in the good old days of second-generation Pokémon , the best players in the world wouldn’t be seen without the humble Cleffa. Although a cutesy, baby-type, pink blob, don’t be fooled by its cuddly appearance. Cleffa could stall an opponent with ease. Its passive ability lets you flip a coin anytime your opponent attacks. If the coin lands tails, the attack is cancelled, and your opponent’s turn ends.

And its basic attack, hilariously entitled “Eeeeeeek”, lets you shuffle your hand into your deck, and draw seven new cards. Cycle through your deck for an optimum hand, all the while preventing your opponent from landing a hit. Combined with no weaknesses, and no retreat cost, it’s easy to see why Cleffa was unrivalled in the early days of the Pokémon TCG, and isn’t half bad, even now. 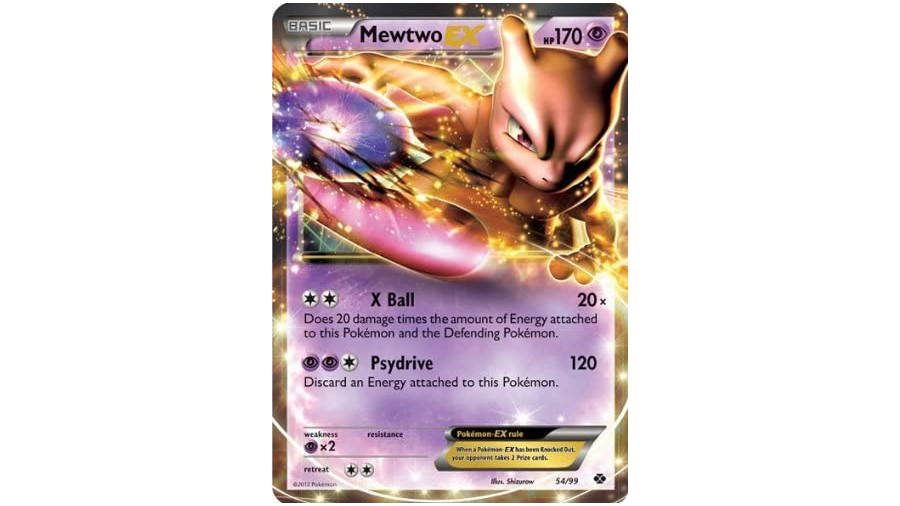 The most iconic of all the powerful Pokémon, Mewtwo has been a staple of the franchise since Generation I. The Mewtwo-EX card quickly came to dominate the TCG’s meta when it released as part of the Next Destinies expansion, and with good reason. Unmatched in strength, the only way to defeat a Mewtwo-EX was to play one of your own. Battles soon descended into Mewtwo fights, as players tried to hold out long enough to play their version of the card before their opponent.

Get out there: A pro Pokémon TCG player’s story

Years later, after a lot of bittersweet sentiments, Mewtwo-EX doesn’t hold the same unrivalled prestige it once did – but some players still think the card is viable for deckbuilding. Regardless, Mewtwo-EX defined the TCG’s meta when it was top of the pile, and has become something of the poster boy for powerful Pokémon cards. 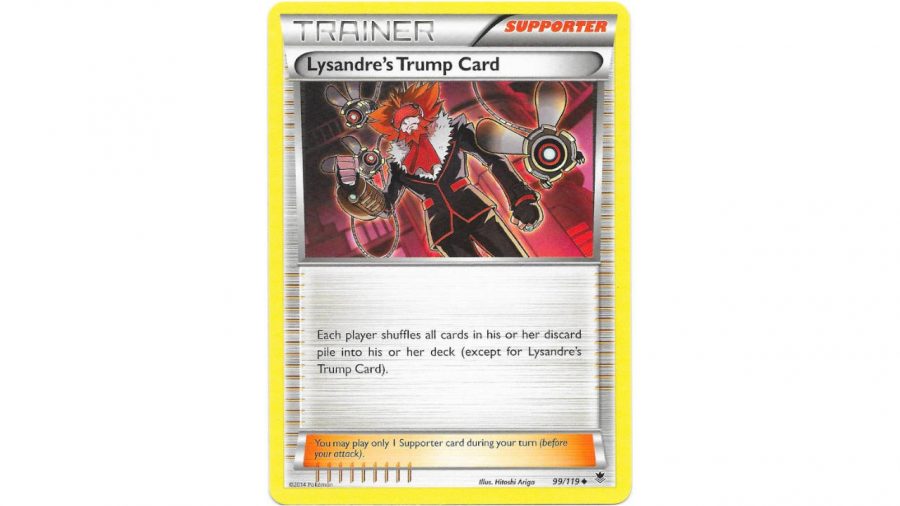 Although not a Pokémon, Lysandre’s Trump Card certainly deserves a mention. Infamous and widely hated, it didn’t take long for this support card to be deemed a little overpowered. Forcing each player to shuffle their entire discard piles back into their decks, Lysandre’s Trump Card effectively eliminated the possibility that a player would run out of cards, which would otherwise mean victory for their opponent.

With an entire win condition removed from the game, matches descended into players racing through their decks as fast as possible, discarding frivolously in the knowledge that everything would eventually be reset. It’s no surprise that Lysandre’s Trump Card was banned from competitive Pokémon TCG tournaments in 2015 for unbalancing play.