The Pokémon TCG (Trading Card Game) was not the first collectible card game to be released. But twenty-five years later it’s one of only a handful of 90s era TCGs that have survived. The game’s complexity and card synergies are a little lighter than Magic: The Gathering or Yu-Gi-Oh.

However, there are still enough tactical and strategic elements within the game to keep older audiences engaged. Indeed, fans of the Pokémon franchise, regardless of age, will enjoy the TCG’s ability to capture both the spirit and theme of the anime. Pokémon battle, grow in power, gain new abilities and evolve. Beloved characters, locations, and items from the show all appear in card form. Even the idea of capturing Pokémon (or filling a Pokédex), is mimicked in the game’s card-collecting aspect.

With a quarter-century’s worth of expansions behind it, and multiple products available for purchase, it can be devilishly difficult to know where to start. That’s where this guide comes in; it aims to start you off on your journey to being the very best Pokémon trainer, like no one ever was.

With no more ado, then, let’s get straight into that long grass and meet some wild Pokémon! 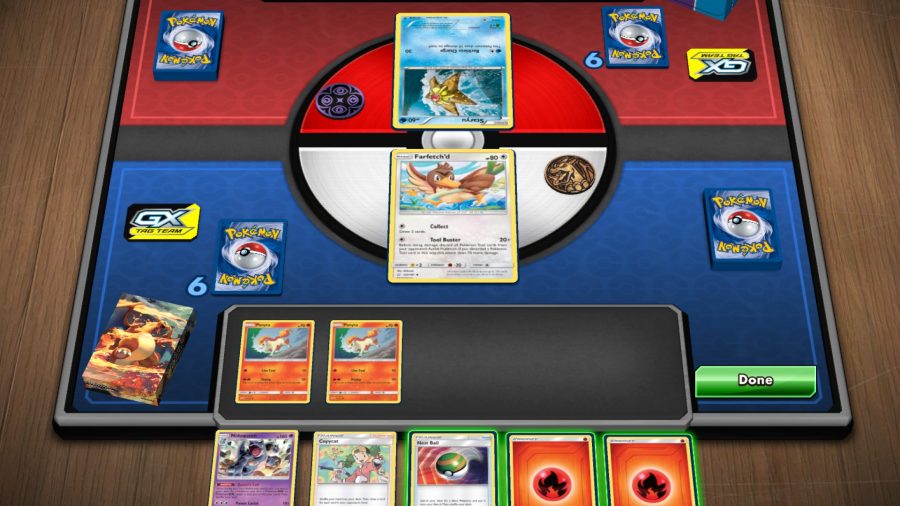 HOW TO START PLAYING POKEMON TCG

We’ll cover both digital and physical play (for few collectible card games are limited to the real-world tabletop these days), and take a tour through all the basic rules and tactics, as well as dropping some sage tips on which sets and decks might be best to pick up as a new player.

Let’s begin with the quickest, most accessible path into Pokémon cards:

The best way to get started with the Pokémon TCG is to download the game’s digital client, available on PC, Mac, and iOS or Android tablets. It’s playable on mobiles too – in some territories at least – but it’s pretty fiddly on the small screen, so we’d advise playing on computer or tablet for now.

Your first aim is to get yourself a Theme Deck

The digital client steps you through the rules of the game via a neat tutorial. New players are also given three basic decks for use against the AI. Defeating the AI, through a series of ‘Trainer Challenges’ – then rewards the player with more cards, coins and booster packs.

Your aim should be to acquire 500 PokéCoins, which can be used to purchase your first Theme Deck: a ready-to-play, preconstructed deck with a tightly focused strategy. From here, players can compete against others in Theme format battles. The Theme format restricts players to using unaltered theme decks against each other. 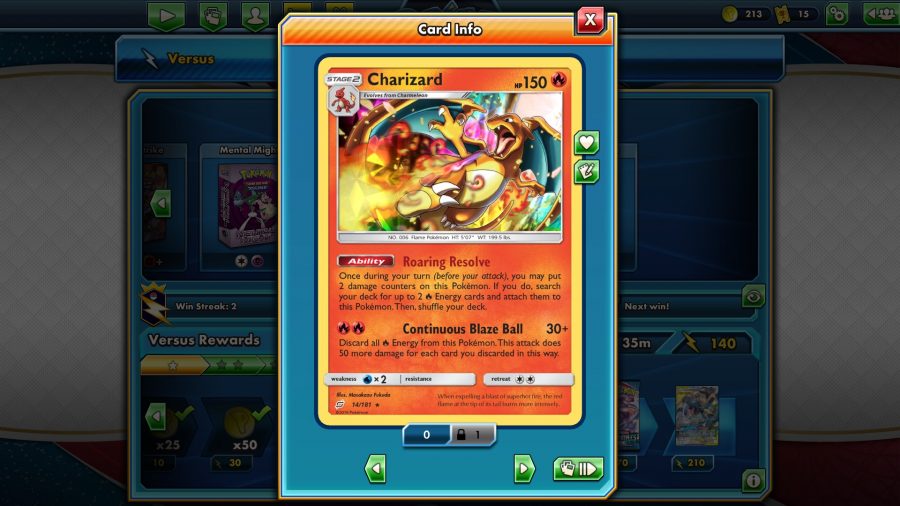 The benefit of starting out in the Theme format is that you’ll be facing decks of a similar power level. If you try to play a Theme Deck against a Standard or Expanded constructed deck, you’ll almost certainly lose.

While it's not an officially sanctioned format in paper, ‘Theme’ is a popular format played within the Pokémon TCG digital client. Whilst all Theme Decks are legal, some are stronger than others within the Theme format metagame. As of writing, some of the more competitive decks include: Unseen Depths, Soaring Storm, Relentless Flame, Storm Caller and Laser Focus.

Moreover, gaining victories in Theme format events will reward you with more coins, booster packs and event tickets — which can, in turn, be used to enter competitive events – and those offer much larger quantities of prizes.

The main benefit to using the digital client (apart from conveniently teaching and enforcing the game’s rules), is that it offers a free-to-play route into the game.

Plus, if you decide to continue playing, and buy yourself some physical products (such as booster packs or Battle Decks), each pack will give you a code, which you can redeem online to add the equivalent booster pack/deck to your digital collection. It’s a slick system. 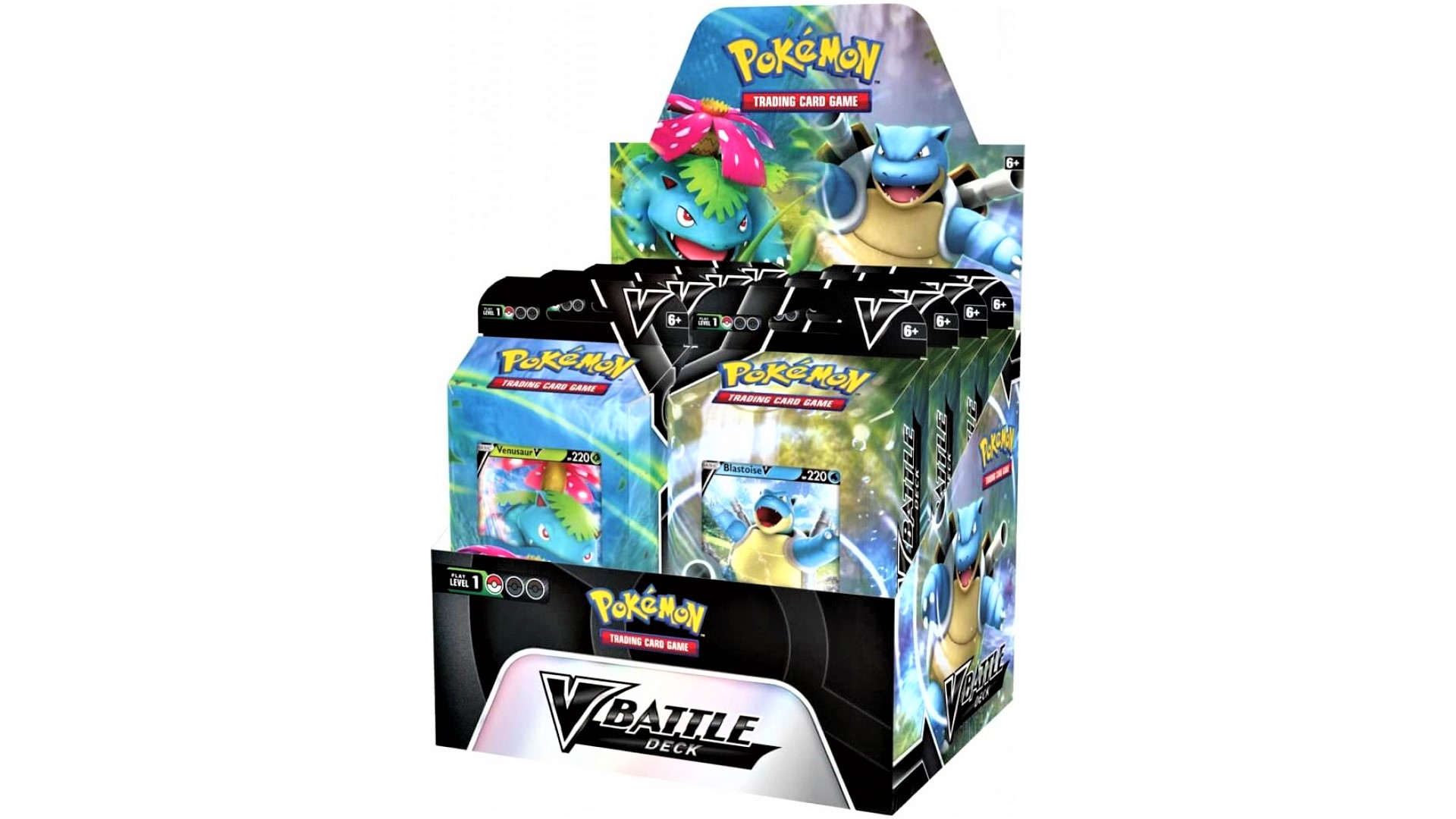 The digital route is by no means the only way to get into the Pokémon TCG. The game itself is easy to learn, even without a digital tutorial holding your hand. The Pokémon TCG website offers new players a How to Play series of videos. They are quick, easy to understand and will have you up and running within minutes. 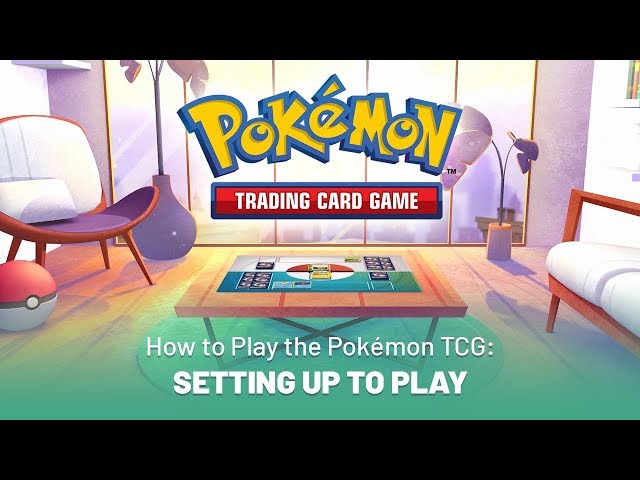 The best way to start your physical Pokémon TCG journey is by purchasing a Battle Deck—as of the Sword and Shield expansion, theme decks have been replaced by V Battle Decks. These products are a little more helpful to newer players, as they include V type Pokémon, which are prevalent in modern decks. Battle decks can still be redeemed online.

However, as of writing, they do not seem to be legal in online Theme format sanctioned events. If you are playing with a partner or a youngster, you might also consider getting a ‘vs’ Battle Pack, which includes two Battle Decks that can be used against each other. 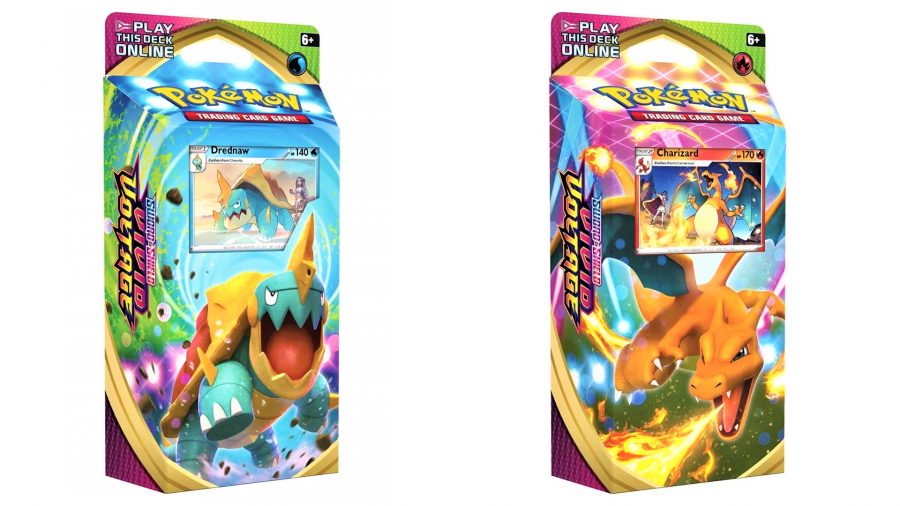 These decks will not win you a tournament, and will struggle against another player who has constructed their own deck.

However, they are good for casual play, especially against other people who also bring a Battle Deck to the table. If you have a group of friends, buy a few different decks, shuffle up and start playing.

Spell it out: How to build a Magic: The Gathering deck

And, despite not being the most competitive decks available, these products can provide useful support cards that’ll come in handy if you later decide to build your own Standard or Expanded format legal deck. Essentially, these are a cost-effective way to see if you like the game, while also retaining some incidental use if you decide to keep playing.

So: now you know what you need to start playing the Pokémon TCG – let’s take a look at the basic rules.

HOW TO SET UP THE POKEMON TCG

Players shuffle their 60-card deck and draw a hand of seven cards. Each player then places a Basic-level Pokémon (identified in the top left hand corner of a card), face down. This is their active Pokémon, which can battle and take damage.

After drawing your hand, you draw and put aside six ’prize’ cards

If a player does not have a Basic-level Pokémon available, they must reveal their hand to their opponent, shuffle their cards back into their deck, and draw seven new cards. This is called a mulligan. Each time a mulligan is performed, the opposite player may elect to draw an extra card. Players can then place up to five Basic-level Pokémon, face down, onto their bench area. Next, players draw another six cards from the top of their deck and place them face down to the side of the play area. These are your Prize Cards. 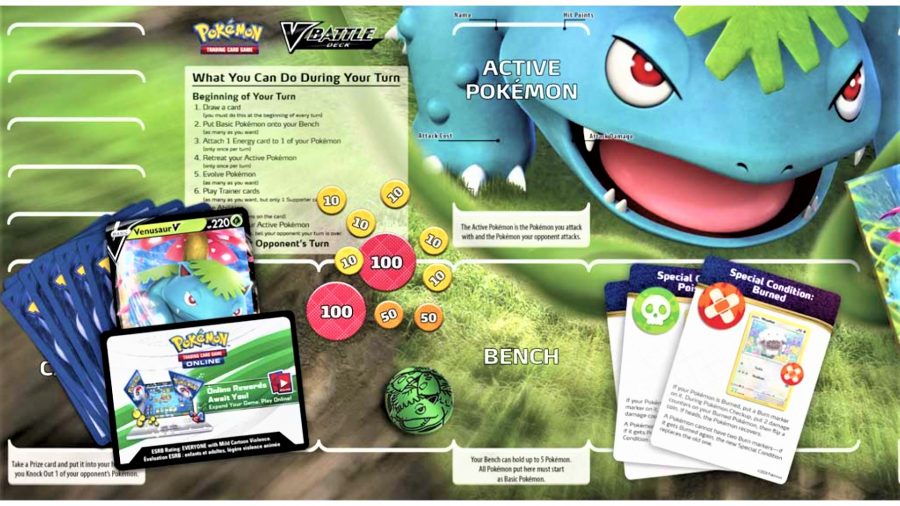 Each turn consists of three phases.

2) You can do any of the following, in any order.

3) Attack, using one of your active Pokémon’s attacks, for which you have enough Energy attached to meet the printed cost (this ends your turn).

How do you Win in the Pokemon TCG?

Each time you knock out an opposing player’s Pokémon, you draw one of your six Prize Cards: the ones placed reverently to the side of the play area during setup. This the first way to win a game: the first player to take all of their prize cards wins the game.

The other two ways are: 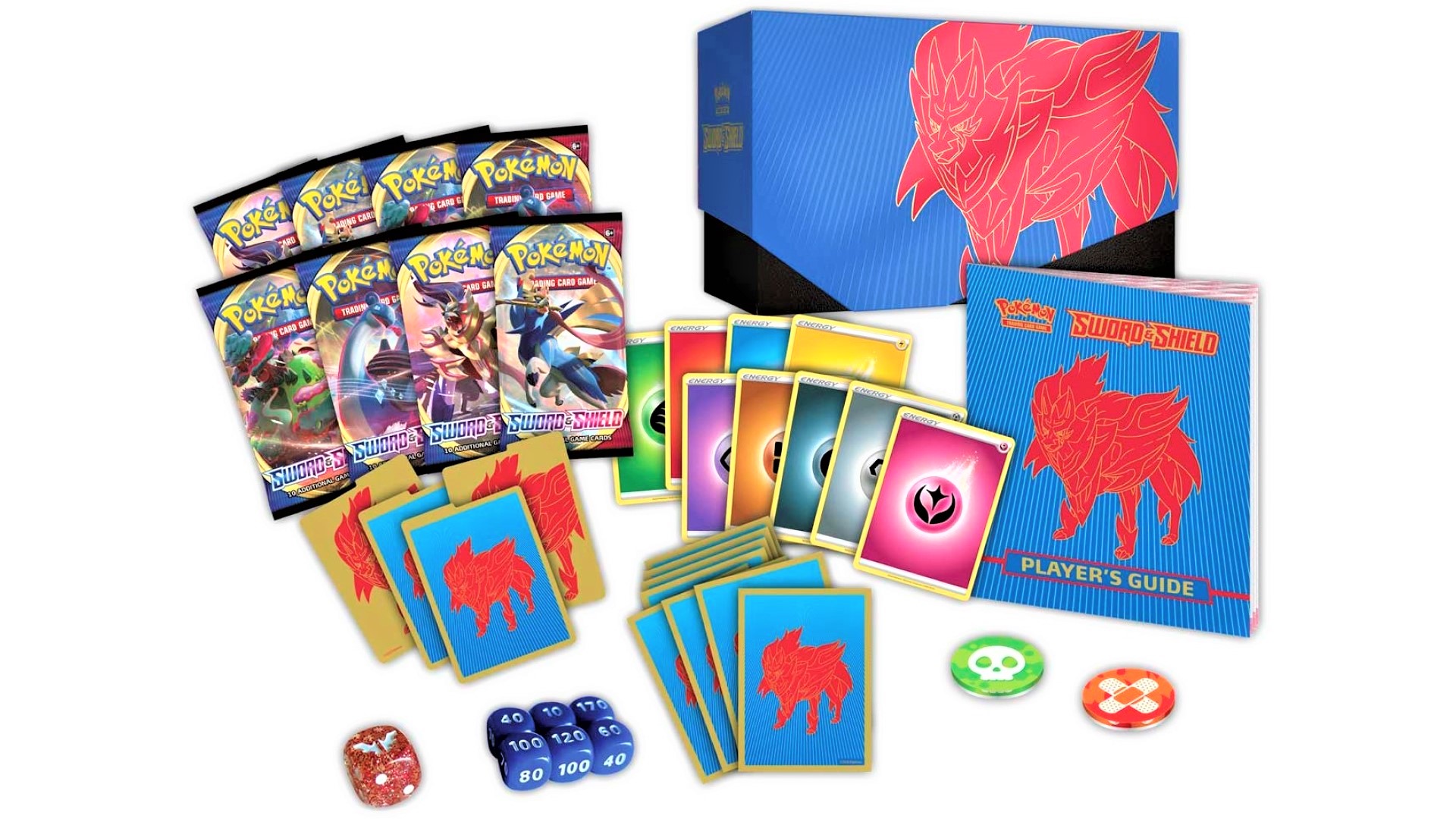 Once you have some battles under your belt, and feel like delving deeper into the game, you can look into purchasing an Elite Trainer Box.

These products are a broad-based upgrade to your collection, to help with both games and building new decks – you’ll get some booster packs, Energy cards (which are used in all decks), card sleeves and condition markers (to show when a Pokémon is asleep, burned, confused, paralysed or poisoned). After that, it depends on what you want from the game.

Catch ’em all: These are the rarest Pokémon cards in the world

If you want to start playing a bit more seriously, then you should find a competitive deck within the current meta (using websites such as LimitlessTCG).

You can then start buying single cards (singles), from online stores to assemble the deck. Buying singles is always cheaper, and more efficient, than trying to create a deck by opening randomised booster packs. 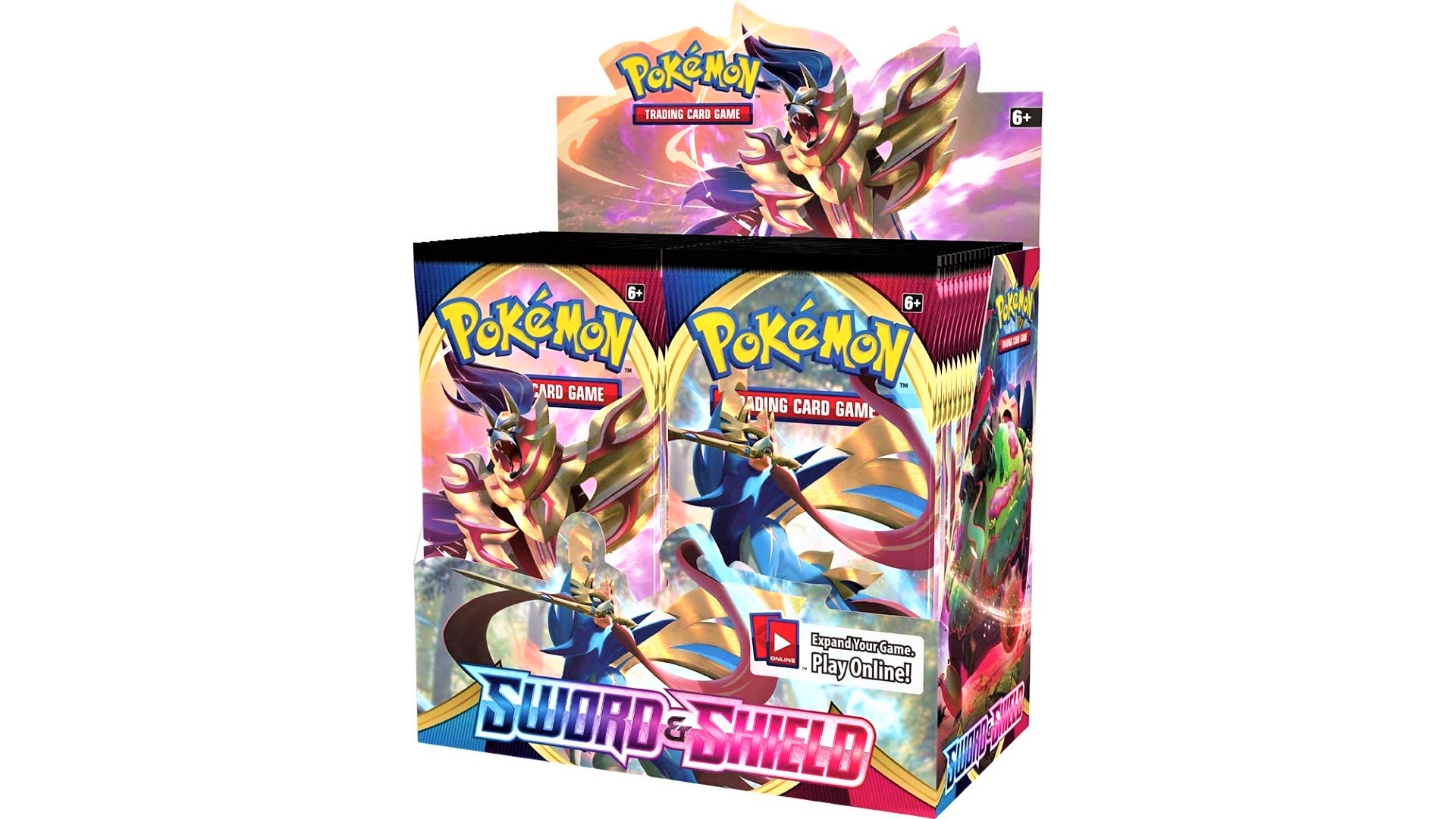 You might also buy a booster box (which contains 36 booster packs). This is useful if you just want to amass a large number of random cards—at the lowest possible price per pack (or if you just want to experience the inimitable serotonin waterfall of cracking open 36 delicious foil packets full of brand new cards, one after another).

’Cracking packs is fun’ is always a legitimate argument

However, new players are unlikely to open all the cards they need to make a Standard legal deck this way. Ultimately, booster boxes tend to be geared towards collectors or entrenched players, as it offers them a more even distribution of cards within a set. With that all said, “cracking packs is fun” is, and always will be, a perfectly legitimate reason to buy a box. Take it from us.

So there you have it… whether you decide to play physical, digital or both, the extraordinary world of Pokémon awaits. What are you waiting for? Go grab yourself a Theme or Battle Deck, and start battling.

Want to know what else is new in CCGs? Why not take a gander at our preview of Strixhaven, the new Magic: The Gathering set – or go back to basics with our MTG deck-building guide.

Or broaden your CCG horizons with our guide to the best Trading Card Games.

Leon is a freelance journalist, history fanatic, armchair general and TCG tragic. If it’s a strategy game, chances are he’s played it