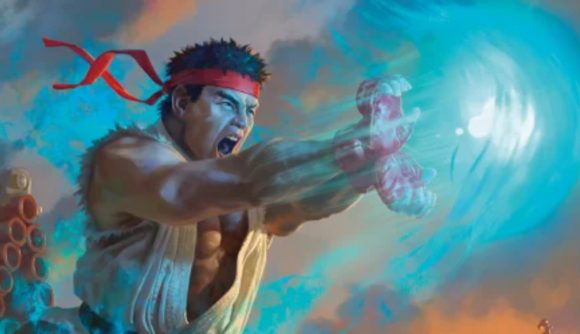 Magic: the Gathering’s February Secret Lair superdrop appeared on Wizards of the Coast’s Secret Lair website on Thursday, revealing the TCG’s latest set of premium, limited availability cards with out-there artwork. There are eight Secret Lairs in total, featuring a range of art styles from woodcut to synthwave. Pride of place among them is the Street Fighter crossover Secret Lair, featuring popular characters from the classic fighting game series reimagined as Magic: the Gathering cards.

The Street Fighter cards include eight Legendary Creatures, such as a Ryu card with a Hadoken ability, and a Chun-Li with ‘multikicker’ – a playful nod to her Lightning Kick special move. A ninth card, which currently remains unspoiled, will be revealed by Street Fighter creator Capcom at the weekend.

Shades Not Included has five funky synthwave interpretations of the basic Land cards, while Introducing: Kaito Shizuki contains five Instants and Sorceries like Brain Freeze and Bribery, each one with artwork showing brand new Planeswalker Kaito in action. 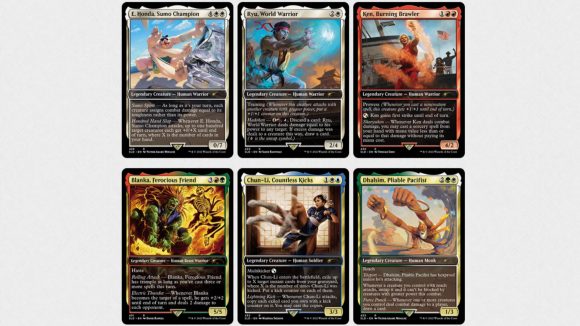 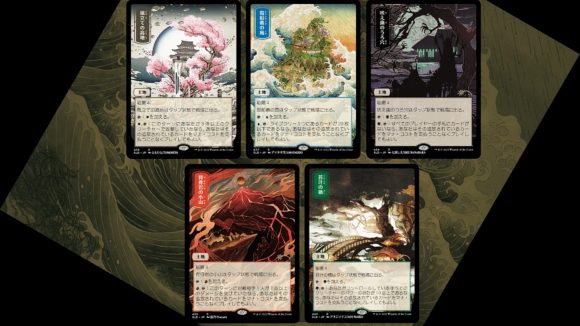 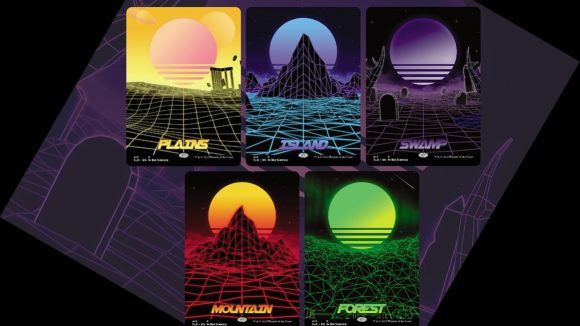 Two Secret Lairs showcasing traditional Japanese art styles round out the Secret Lair superdrop. Pictures of the Floating Wind has five land cards in Ukiyo-e style (the woodcut print method used, for example, in The Great Wave off Kanagawa), while Special Guest: Yuko Shimizu is a set with four powerful spirit creatures drawn by the titular award-winning Japanese Illustrator.

To recap, the eight Secret Lair sets are:

All of them will be available to purchase, along with various bundles and foil editions, on the Secret Lair website from Friday 9am PST (5pm GMT for you Brits). As with all of Magic’s Secret Lairs, they’ll only be available for a limited time (until March 18, according to IGN).

A bunch of sleeves based on the new Secret Lairs are also being sold on MTG Arena. You can get sleeve versions of all the artwork found in the  Secret Lairs, from Street Fighter, to Li’l Walkers, to Shades Not Included.

If you’re keen on trading cards that cost a pretty penny, here’s our guide to the rarest Yu-Gi-Oh cards in 2022. If you just want cards that pack raw power, you might be more interested in the strongest Magic cards of 2021.