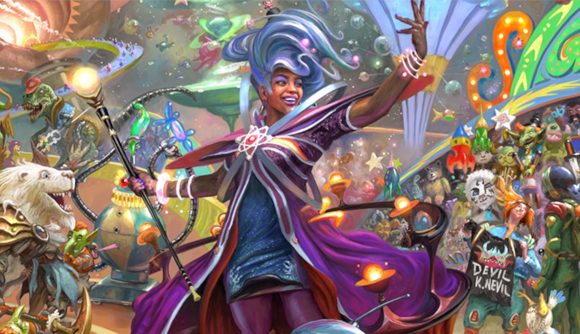 Magic: The Gathering’s new ‘acorn cards’ have caused quite a stir since their reveal last month. Coming in next year’s Unfinity set – the trading card game’s first black-bordered un-set – they’ll replace silver-bordered cards, designating those releases that are too wacky to be used in regular MTG formats. But since their reveal, some fans have been stuck on the same question: why introduce acorn cards at all, rather than splitting the set between a mixture of black- and silver-bordered cards?

Asked that very question on his personal blog, MTG head designer Mark Rosewater suggested that production limitations prevented the set from containing a combination of border types. While possible in theory, the short timeframe in which MTG sets need to be finalised meant introducing the uniform black border alongside a new stamp was more practical.

“With proper preparation and additional printing requirements, it can be done,” Rosewater said about combining border types within a set. “We made the decision to do it late enough that we didn’t have the preparation. For example, you have to do a printing process called gutter cutting which changes the number of cards per sheet, which alters set numbers.”

His explanation suggests that combining black- and silver-bordered cards within Unfinity was never off the table entirely, but rather derailed by a creative decision made late in the day. However, he’s elsewhere suggested that the use of non-black borders in supplemental MTG sets is often avoided to sidestep the negative connotations player’s associate with them.

“We talked about having another border colour,” Rosewater said in another blog post about the Universes Beyond line earlier this year. “The ultimate problem was the audience reaction to the silver border. It most often doesn’t get treated as ‘this is a different subset of Magic’, but rather ‘this isn’t a real Magic card’. 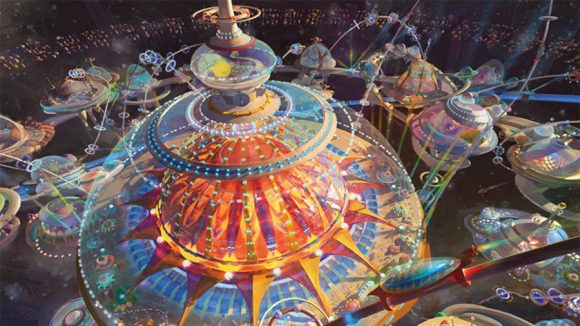 “Our original goal of having different colour borders was to make them easy to identify, so people can tell what group the card belongs to. In the end, it often became a mark of banishment, a reason to dismiss the card as being something ‘less than’.”

While it’s possible that black- and silver-bordered cards might appear together in a future set, Rosewater’s take on non-black borders, as well as Wizards’ positioning of acorn cards as their replacement, signals it probably won’t happen anytime soon.

Check out our guide to the MTG 2022 release schedule to stay on top of the latest news about next year’s sets. Or, take a look at all the free MTG Arena codes you can snag now.