Comic books aren’t often used as source material for tabletop RPGs. Their rigidly panelled presentation sits at odds with the free-flowing narration of collective storytelling. A medium that focuses so heavily on visual art can seem a world away from one that’s primarily carried out in the imaginations of its players.

But tabletop RPG writer Andrew Gaska sees things differently. “Comics and roleplaying games really have a lot more in common than people tend to realise,” he tells Wargamer. “And there’s a connect, but a disconnect between their audiences, for some reason.”

A writer of 2019’s Alien RPG and forthcoming Terminator roleplaying game, Gaska’s recent work has focused heavily on discerning the similarities between the two mediums. His latest RPG release is an adaptation of Carbon Grey, a comic-book mini-series set in an alternate-history timeline that apes the fractured global order of the First World War. It’s an ambitious romp following two sisters through military conflict, technological strife, and paranormal activity.

Gaska had the task of designing an equally ambitious game that not only reflects this source material but provides all the creative freedom players expect of a tabletop RPG. Through leveraging their similarities, he found ways in which the mediums worked to each other’s favour – chiefly, their mode of consumption. 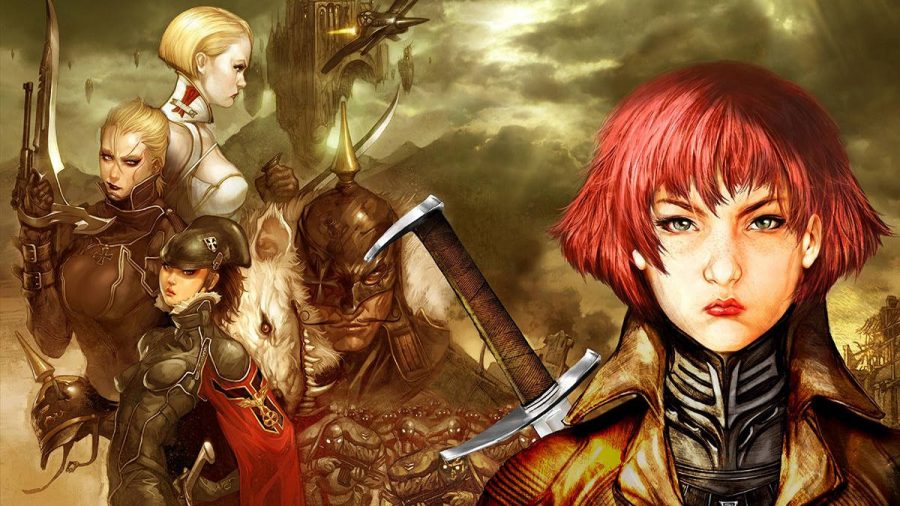 “The serialised content of both is the number one thing,” Gaska says. Just as a comic’s story arc might be told across several issues, a roleplaying adventure is played across several sessions. The narratives of graphic novels lend themselves to stopping and starting, as readers dip in and out weeks at a time.

From a creation standpoint, writing a comic and creating an adventure are the same thing

“The storytelling is the same in both,” he says, “because you’re taking the same characters, and you’re applying them to their next adventure. If you’re building a campaign, you’re, you’re putting seeds in that are going to take root later on. Just from a creation standpoint, if you look at writing a comic and creating an adventure, it’s the same thing.”

“What’s great about gaming, which takes it to the next level, is that it allows people who aren’t the writers and aren’t the artists to become part of that. They can express their creativity and create the adventure alongside the GM, so it becomes a collaborative process.” 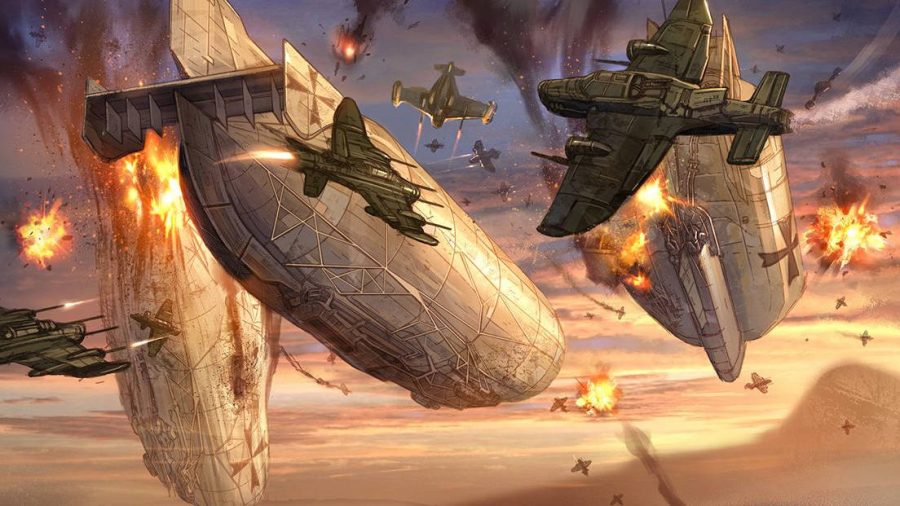 While Gaska found this shared format narratively rooted the Carbon Grey RPG in its source material, it was the comic’s artwork that provided more substantial inspiration. Its imagery offered an abundant supply of world-building and characters to explore, which would later be implemented in the final game.

Roleplaying’s finest: These are the best tabletop RPGs

Playing the RPG, players create their character based on one of 24 ‘archetypes’. These act as templates dictating their characters’ abilities and personalities, akin to D&D’s character classes. While some were based on the comic’s main characters – the heroes and villains that many players would want to imitate in-game – others were entirely inspired by the stray images that Gaska came across while flicking through its pages. 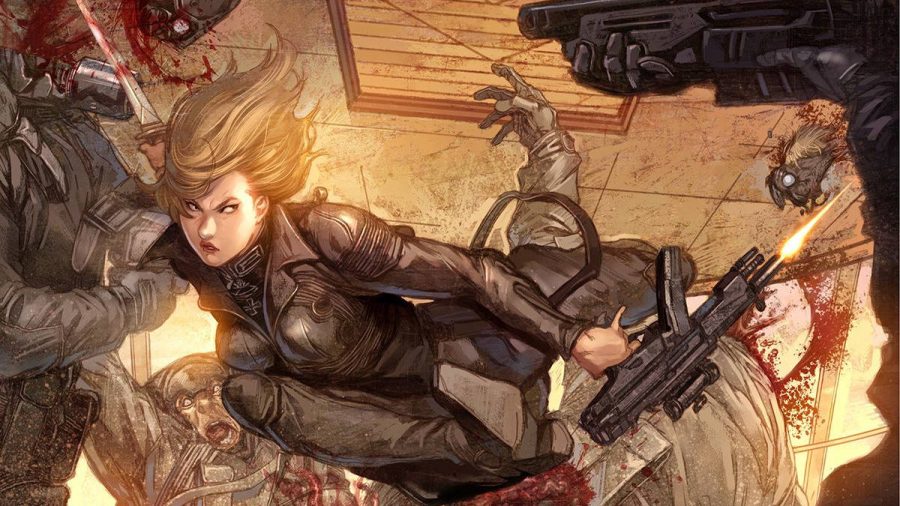 “There was so much awesome reference art that we could pull from,” he says. “Like there’s this Darth Vader-ish type guy. He’s been burnt to a crisp, and he’s got life support gear on. Looking at that inspired us to create this whole class: the Reluctant Mentor. They used to belong to a house, which was executed, but were kept on because they were useful. They’re put through the wringer and made dependent on this life support system, and then used to train the next generation of their people.

“It’s this cool, weird backstory that came completely out of looking at that piece of art. So the art is a huge influence on all this.”

It helped, too, that the Carbon Grey universe boasts such breadth. Although the short comic series follows a linear story of two sisters grappling with their personal fates, it touches on enough surrounding lore from which a wider, populated world could be built. Factions, houses, ancient conflicts, distant locations, and all the staples of RPG world-building were already in place, waiting to be fleshed out.

“When I was first told about the project without looking [at the original comic], I was reluctant about it”, Gaska says. “A lot of times, a graphic novel tells a very tight story, so really there’s no room for people to create their own world.” 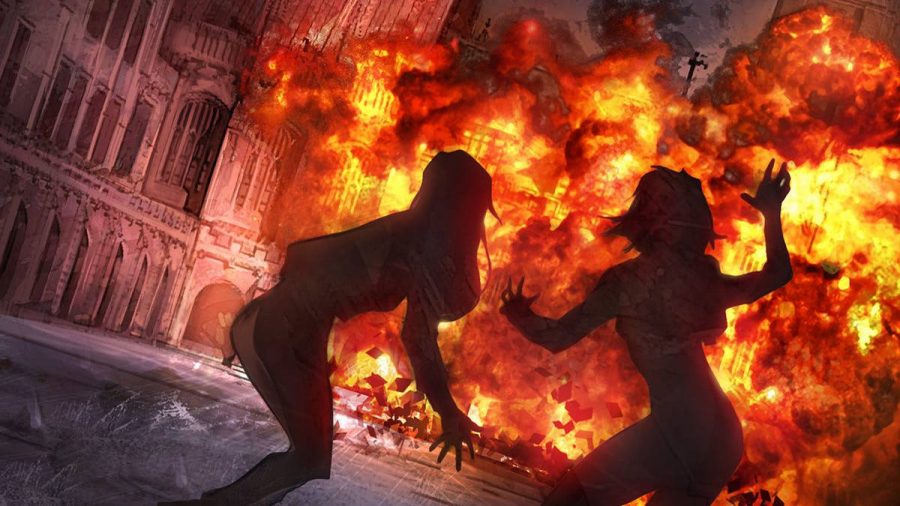 “While there is a tight story that is specific to the characters that are in the graphic novel, the world around them is exploding in every panel. It’s such a big world, and there’s so much we could do to play with that.”

Following the timeline of the comics, the Carbon Grey RPG places you in a dieselpunk world that soon plunges into war, following the death of the dominant Kaiser. Mike Kennedy, CEO of Magnetic Press Play (Carbon Grey: The Role-playing Game’s publisher), says the World War One-esque setting already supplies enough conflict to make roleplaying interesting, but the addition of alternate-history technology, political intrigue, and a dollop of the supernatural adds some essential gameplay variety.

“It’s not just another dwarves, dragons, and elves scenario,” Kennedy says. “So it’s a very unique setting, but there’s also a lot of layers to this onion; there are different ways to play it. 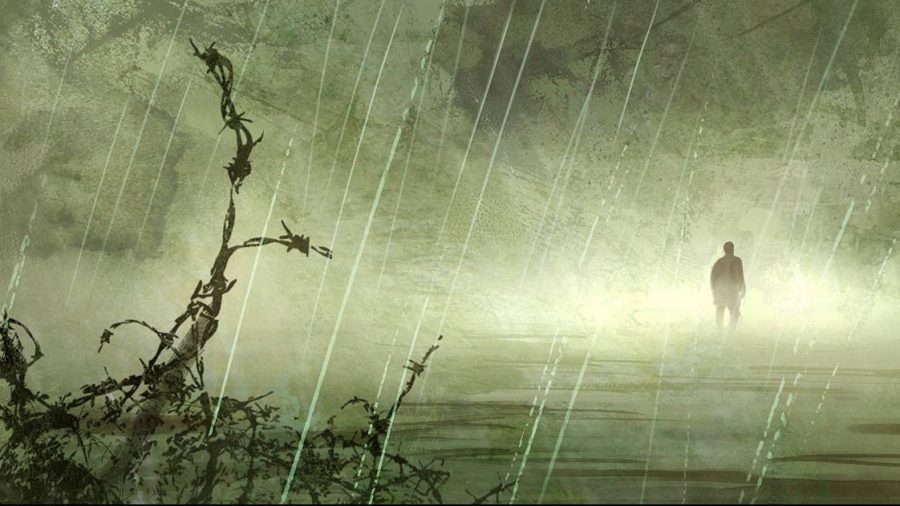 As important as it was for the source material to provide fertile ground for roleplaying, the mechanical system on which the game was based also proved no less essential. Opting for the D6 System, which served as the core rules for West End Games’ Star Wars and Ghostbusters tabletop RPGs of the ‘80s, Gaska says the ruleset has a certain “vintageness”. But it also has a malleability that let him appropriately capture Carbon Grey’s bombastic action.

I can’t call Ridley Scott on speed dial, but I can call Hoang

“There’s some crazy feats that the characters do in that comic,” he says. “Giselle, one of the main characters, is up on an airship and jumps off to ride a bomb, before landing on a plane and kills the copilot, then jumps to another plane – ridiculous stuff that you only ever see in anime or a giant, crazy Japanese live-action movie.”

Through a system of ‘hero points’, players can replicate these ludicrous performances in the RPG, whether that’s dodging bullets, riding missiles, or acting out any other kind of heroic display they might think of. Handed a bundle of hero points at the start of the game, and rewarded with more as you progress through your adventure, you’re encouraged to use them generously, rather than hoard them until the late game. Everything is tailored to replicate the exuberant action of the comic. 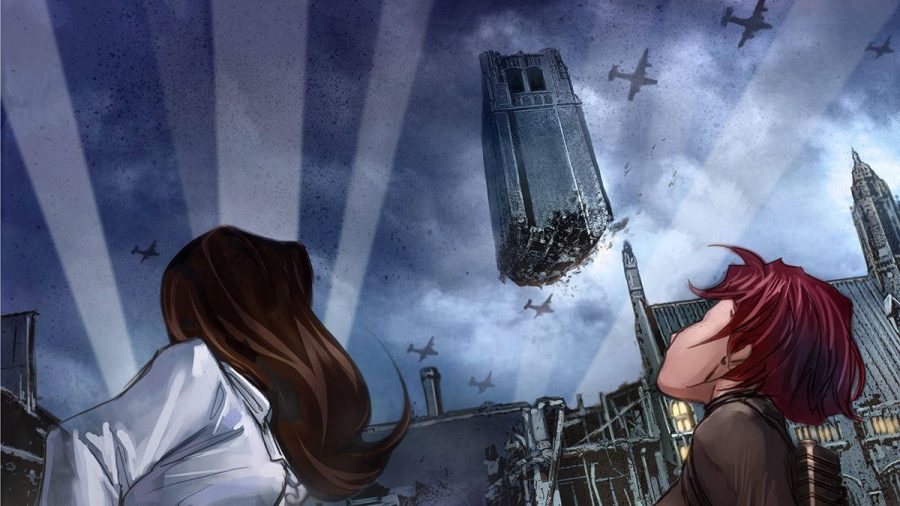 Creating licensed tabletop RPGs has been something of a theme in Gaska’s past work, but he highlights one major contrast between designing the Carbon Grey RPG and his work on Alien.

“The biggest difference was access to the creator,” he says. “Dealing with Hoang [Nguyen, creator of Carbon Grey] directly was really wonderful. It was a lot of fun being able to ask him specifically ‘Hey, so what does this really mean in the graphic novel?’, instead of having to figure it out on my own, which is what happens when you have a 30-year-old property. I can’t call Ridley Scott on speed dial, but I can call Hoang.”

“What was also great is that Hoang was very open to new ideas. One of the things we created was this species called Fenris Wolves, which are sentient wolves that have been displaced by the war. It was a totally different angle that I was inspired by when I read about exactly what making these trenches did to Europe,”

“All that stuff inspired me to come up with this other angle, which wasn’t in the graphic novel, and Hoang was all about it. It was very interesting to work on that level with someone.”