The Marvel Universe is hitting the tabletop in the new Marvel Multiverse Role-Playing Game. Revealed by Marvel Entertainment in a statement last Friday, the upcoming tabletop roleplaying game will let you play as many famous characters from the classic comic books, or create your own superhero to thwart evil. The game is scheduled to first release as a playtest rulebook in March 2022, with the full release coming in 2023.

The upcoming TTRPG will see you pick or design a superhero, and face off against infamous villains from across the Marvel Universe. Characters will include those of The Avengers and X-Men, with the Marvel Multiverse Role-Playing Game: Playtest Rulebook including builds for many recognisable names, such as: Spider-Man, Black Panther, Captain America, Wolverine, Captain Marvel, Thor, Ms. Marvel, Storm, and more. The book will also include illustrations from several Marvel comic book artists.

Marvel Multiverse will use a ‘D616 system’ designed by Matt Forbeck, who previously penned the popular Dungeons & Dragons: Endless Quest, Shotguns & Sorcery: The Roleplaying Game, and The Marvel Encylopedia, as well as contributing writing to recently-released, genre-mixing RPG videogame Biomutant.

While details of how the D616 system functions in-game are sparse, Marvel said player stats will include Might, Agility, Resilience, Vigilance, Ego, and Logic, and described the rules system as “an accessible and easy-to-learn system for newcomers to tabletop RPGs and a natural evolution for those familiar with the most popular tabletop role-playing games on the market.”

Players who pick up the Playtest Rulebook will also have the opportunity to feed back their experience of playing the game before its full release. 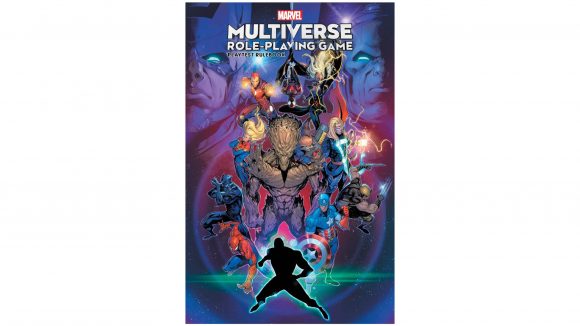 “As a lifelong Marvel fan and gamer, this project is a dream come true,” said Forbeck in the statement.

“Fortunately, after writing a couple editions of The Marvel Encyclopedia and designing tabletop games professionally for over 30 years, I feel ready to help make this the best Marvel TTRPG experience ever. I can’t wait for everyone to have the chance to play it!”

This isn’t the first Marvel TTRPG to release. Marvel Super Heroes released in 1984, designed by veteran RPG creator Jeff Grubb and published by original D&D distributor TSR. Since then, a few other roleplaying adaptations of the Marvel Universe have cropped up, including 2003’s Marvel Universe Roleplaying Game, which included resource management and was cancelled a few years after first publication.

If you’re looking to expand your collection of TTRPGs, or are jumping into the genre for the first time, read our guide to the best tabletop roleplaying games, and start expanding the theatre of your mind.