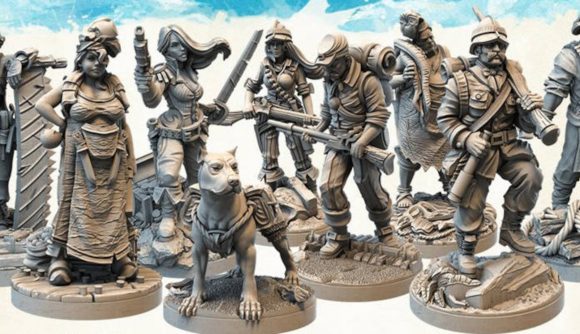 A collector’s edition of adventure-survival board game Robinson Crusoe hit crowdfunding platform Gamefound today, bringing a slew of extra components and a new expansion. The collector’s edition includes 18 original miniatures, a companion app, and a new tutorial campaign intended to broaden the game to new players, while the Book of Adventures expansion adds over 20 new scenarios. The crowdfunding campaign will run until April 5.

Perhaps the most exciting edition is the new 35mm miniatures in the previously mini-free game. Created in collaboration with Awaken Games – the publisher of other miniatures board games, such as Kickstarter success Nemesis and the board game adaptation of war-survival videogame This War of Mine – the new miniatures are available for each player character. Your canine assistant gets a little mini of their own, too.

The optional companion app includes over 300 new adventure and event cards to use in-game – touching on pirate treasure-hunts and zombie attacks – alongside an audio element intended to heighten the atmosphere and increase the immersion of your sessions. Publisher Portal Games said the new standalone four-scenario ‘open and play’ tutorial campaign has been created to ease new players into the famously difficult game, introducing mechanics gradually.

The new Book of Adventures expansion includes 50 scenarios. Some have been newly created by the base game’s designer, Ingancy Trzewiczek, others are winning entries of last year’s community Robinson Crusoe Scenario Contest, and the rest are variants of previous entries. 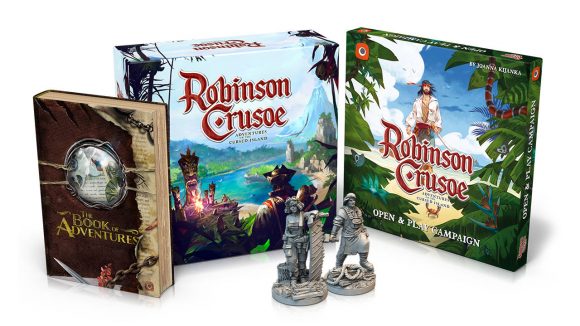 With each scenario organised by theme, length, difficulty, and target audience, Portal Games says the new expansion is intended to make it easier for players to pick a scenario that suits them, broadening the game to a wider audience and make it more accessible to players of every age and experience level.

Backers on can grab Robin Crusoe: Collector’s edition and all unlocked stretch goals for $100 / £75, the expansion for $35 / £25, or both together for $135 / £100. If you already have the Robinson Crusoe base game, there’s also the option to buy an Upgrade Pack, providing all additional components needed to turn your vanilla game into the Collector’s Edition. 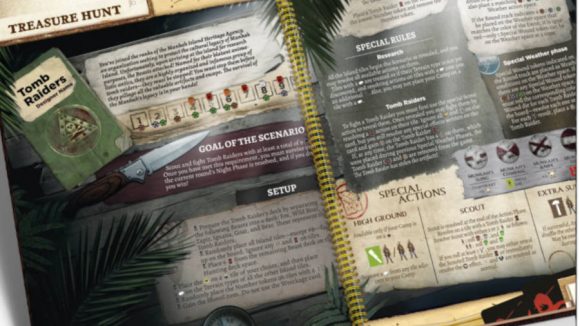 Released in 2012, Robin Crusoe: Adventures on the Cursed Island is a cooperative game for one to four players, that challenges you to survive and thrive on a deserted island after you are shipwrecked on its shores. Build shelter, forage for resources, fend-off wild beasts, and shift course in response to the changing weather, while searching for treasure and discovering the secrets of the mysterious island as you attempt to reach the goals of each scenario. 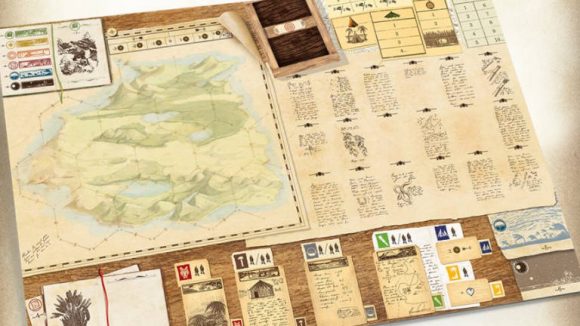 Ingancy Trzewiczek, the designer of Robin Cruseo, has also worked on sleuthing board game Detective: A Modern Crime Board Game, which we called one of the best solo board games, and is currently developing a sequel, Vienna Connection, transporting its shrewd, deductive gameplay to the Cold War.

If you fancy expanding your tabletop repertoire, check out our guide to the best board games for adults and find out what to play next.