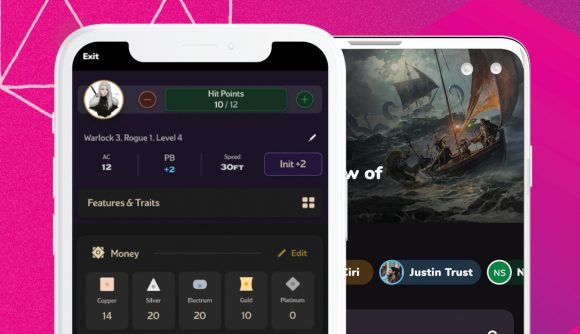 Virtual tabletop platform Roll20 now has a dedicated mobile companion app. The Roll20 app, which fully launched today after releasing in beta earlier this year, includes the core features of the online tabletop RPG tool, and is available for free for existing Roll20 subscribers on both iOS and Android.

Like the original browser tool, the Roll20 app includes features for playing tabletop roleplaying games digitally, and is particularly tailored for those groups who’ll be playing entirely remotely. It lets you view your character sheets, roll dice for combat actions, spells, and non-combat skill checks, and allows you to track the stats of your characters, such as their HP, spell slots, and death saves.

“The team at Roll20 works tirelessly to constantly deliver updates to a deep set of features that make playing easier and add elements that immerse players in the game,” said Ankit Lal, president of Roll20 in a press release. “We’re extremely proud of our new mobile app in particular. We believe it’s the foundation of a new player focus that will ultimately make life easier for everyone at the table – with better, more informed players making life easier on all GMs.”

Alongside the rollout of the app, Roll20 also announced some of the games that will be hitting the platform in the coming months, including Cyberpunk RED by the end of this year, Strixhaven: Curriculum of Chaos and Critical Role: Call of Netherdeep in the first quarter of next year, and Modiphius’s Fallout RPG at a similar time.

There’s also a slew of updates coming to the platform, rolling design system updates next year, and a ‘smart image placement’ system that should automatically detect map and token sizes. 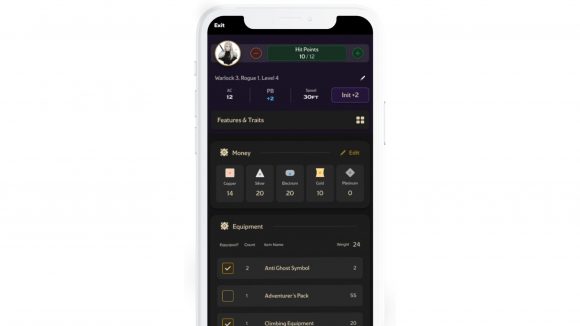 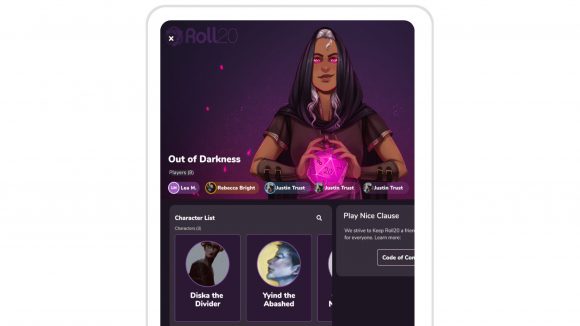 You can check out the Roll20 for Android and iOS now on both mobile and tablets.

If you fancy getting on board with the virtual tabletop, read our Roll20 tutorial in which we walk you through how to get started. Or, if you’re good to go, check out our D&D classes guide.