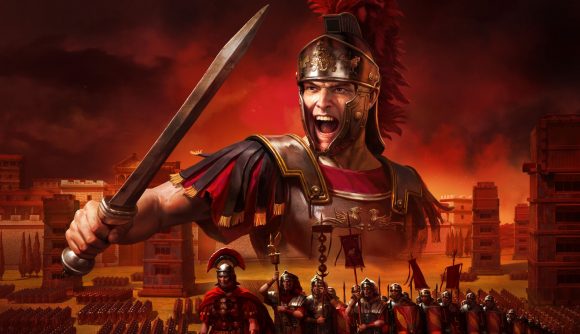 An officially licensed board game adaptation of classic PC strategy game Rome: Total War is in development, and expected to launch on Kickstarter in the final quarter of this year, Wargamer can exclusively reveal. Already in the late stage of its design process, the Rome: Total War board game will replicate the core features of the original videogame, and will receive an extended reveal by its publisher PSC Games next week.

Head of PSC Will Townshend tells Wargamer that the board game adaptation has been designed to closely capture the broad features of the original videogame, balancing the skirmishing of its RTS army battles with the nation-building of its turn-based grand campaign. “It’s an empire-building wargame with an economic engine,” Townshend tells Wargamer. “But the emphasis is on, as in the videogame, building armies and beating the shit out of your opponents.”

He says the board game will have you “throwing lots of dice, building your armies, upgrading, and all that stuff that you do in the videogame”, and has been designed to cater to players of the original game who, by Townshend’s estimation, also enjoy playing board games and tabletop wargames.

This iteration of the board game wasn’t the first that PSC considered, but the third. During the game’s development, three different designers were brought in, one after the other. Each scrapped all design material that had previously been drafted, and presented their own, entirely new concept for the game. 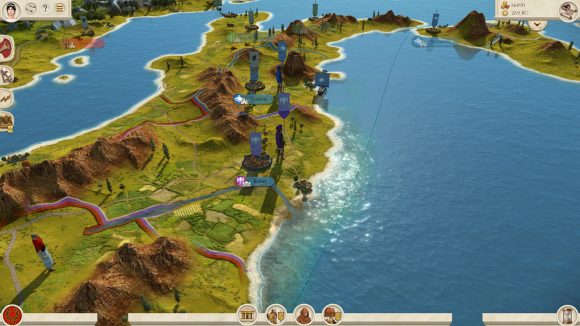 The version that PSC has stuck with has been created by Simon Hall, who has previously written rule sets for several miniature tabletop wargames.

The first design was put forward in 2019 by Martin Wallace, who has created several licensed titles including the recently-released Anno 1800 board game adaptation, before PSC had secured the Rome: Total War license from series creator Creative Assembly.

As Wallace told Wargamer, his version of the game focused greatly on empire-building rather than direct warfare, and was tailored to work well at low player counts through a simple bot system that operated non-player empires. The idea was to keep the board crowded with activity, so even in a two-player run through, no area of the board would be left empty. Distant empires would make their moves and interact, much like in the original videogame. 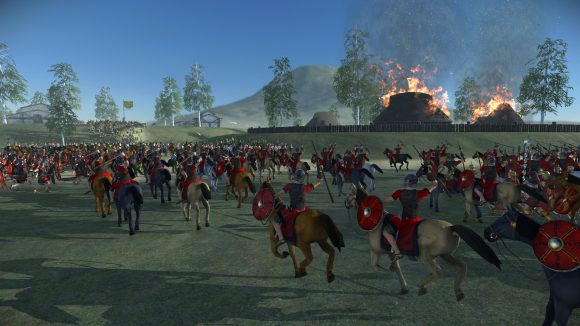 However, Townshend says that Wallace’s design, although a good board game, wasn’t close enough to the Rome: Total War videogame, and placed too much emphasis on the game’s economic features. Consequently, PSC brought in another designer to develop an entirely different board game from the ground up, before also shelving that design, and inviting Hall to create the third, and final, design.

“Through a lot of trial and error, shall we say, we’ve come to where we think the game should be,” Townshend says, “A medium-weight wargame with an economic engine.”

Townshend says that the COVID-19 pandemic has slowed down the development of the game, which is expected to launch for crowdfunding on Kickstarter in the fourth quarter of this year, before a retail release.

PSC has now revealed the game’s box art on Twitter, and opened an email list so you can stay up to date with the game’s development. Stick with Wargamer as we continue to drop more exclusive content on the Rome: Total War board game.

We are extremely happy to announce that we are teaming up with @SEGA and @CAGames to create a board game based on the world-renowned video game, @totalwar: ROME. Sign up to the Total War: Rome: The Board Game e-mail list to find out more – https://t.co/nEzgfmNzTF pic.twitter.com/vhFoyc2H2y

In the meantime, check out our pick of the best board games you can play in 2021.