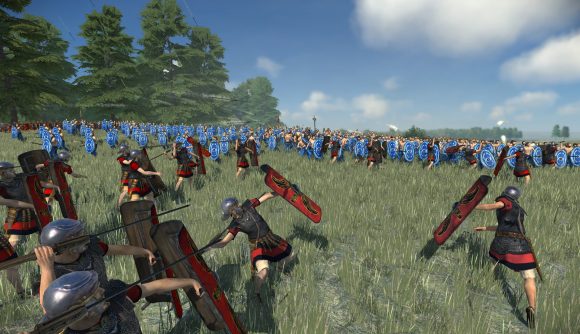 Total War: ROME: The Board Game, the upcoming tabletop adaptation of the classic PC strategy game, will include two solo modes, Wargamer can reveal. While the base game caters to up to four players, and can be expanded to an eight-person player count using army pack expansions, its card-driven system will also let you play the entire game single player as any nation on the map.

Speaking to Wargamer, designer Simon Hall says the game’s two solo modes will offer different complexities. In one, you’ll control only your home nation; while in the second, you’ll also perform the actions of opposing territories to simulate their moves.

In the simpler mode, you’ll control a single army as you attempt to conquer the board, while all other states are represented as neutral, passive territories. These states won’t actively expand or conquer neighbouring countries, but will only engage in battle when you attempt to invade them. Moreover, the size of their armies will depend on the value of the region you’re invading. Hall gives the example of Rome being particularly tricky to invade, while a smaller Roman region might be easier to conquer because it contains a smaller military force.

He describes this solo variant as a simple expansion of the Total War: ROME: The Board Game’s multiplayer gameplay. When you’re playing the game with others, you’ll not only have to contend with your opponent’s armies, but many neutral territories spread between you. Like in the solo mode, these neutral territories will only reactively attack when you invade their borders. 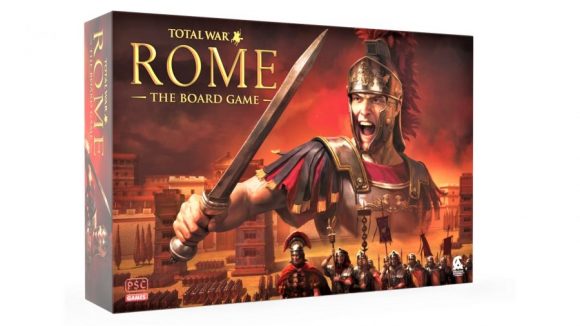 In the second solo mode, you’ll control your own army, and perform the basic actions of the three opposing forces that would usually be commanded by players.

“Playing the different armies yourself, you basically replicate the same system of a [multiplayer] game,” says Hall. “The only twists are, whereas in the normal game you build up your nation’s cards and store them, in the solo game, you draw cards immediately for the opposing nations, and choose the one you prefer for that nation to play. So, you’ve not got the memory effect of trying to remember what you’ve got in four hands.”

Battles are played in a similar way. You’ll draw cards on behalf of your opponent, before choosing which unit in your army to put up against them. Hall says the game’s other combat components, such as terrain effects and the abilities of generals, are also replicated in the solo mode. 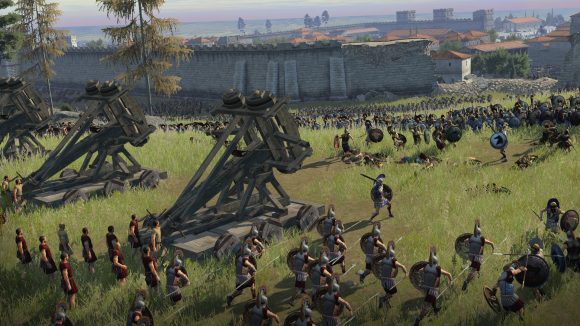 Total War: ROME: The Board Game was revealed by Wargamer last month. A “medium-weight wargame with an economic engine”, it looks to translate the army battling and empire-building elements of the classic videogame to the tabletop. It’s due to release for crowdfunding on Gamefound in early 2022.

While you wait, why not read our pick of the best board games you can play in 2021? And make sure to keep an eye on our Total War: ROME: The Board Game release date and contents guide, as we update you with everything you need to know about the upcoming game.