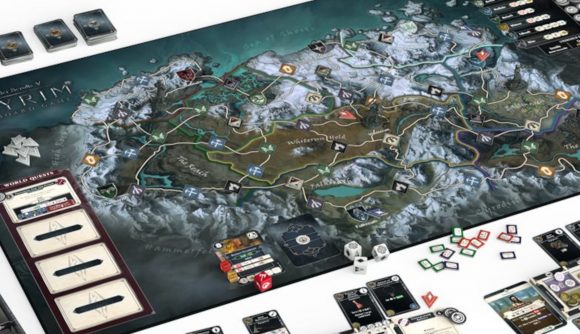 The upcoming Skyrim board game from tabletop publisher Modiphius launched for crowdfunding today on fundraising platform Gamefound, confirming new details about the board game’s pricing tiers, stretch goals, components, and more. Running until December 5, you can nab The Elder Scrolls V: Skyrim The Adventure Game alongside its two main expansions and additional upgrade packs, which are due to ship in August 2022.

Its lowest pledge level includes the base game for $112 / £82. Described to Wargamer as a “sprawling adventure” game that focuses on co-operatively exploring the realm of Skyrim, one to four players will take the role of adventurers (choosing to play as an Imperial, Altmer, Nord, Dunmer, Khajiit, or Orsime) who must pursue quests and combat progressively greater threats. Played across two campaigns, each split into three chapters, your decisions will have a persistent impact on the world around you, while random event cards will introduce new opportunities or foes to deal with.

Turn to turn, you’ll be moving your hero to new locations across Skyrim, and rolling dice to determine the success and failures of your attacks. Equipping new weapons and armour will improve the reliability of your attacks by adding more dice to your pool, or letting you perform new moves of greater power. It’s not all luck-based, however, as you’ll have to weigh up spending stamina and magicka to add extra dice to your rolls, improving your chances.

Many of the monsters you’ll face will be familiar to players of the video game, including Daedra, trolls, and, of course, dragons. Plus, the game’s miniatures are to the same scale as Modiphius’s other Elder Scrolls miniatures wargame, Call to Arms, letting you substitute the minis between them.

At the second tier, you’ll get access to the base game plus its two main expansions: Dawnguard and From the Ashes. Dawnguard adds a third campaign to the mix, alongside four additional hero miniatures, over 100 new quest cards, and a bunch more content that’s designed to replicate the storyline of the Skyrim videogame’s Dawnguard DLC – including the players becoming vampires. Those will cost you $190 / £140. 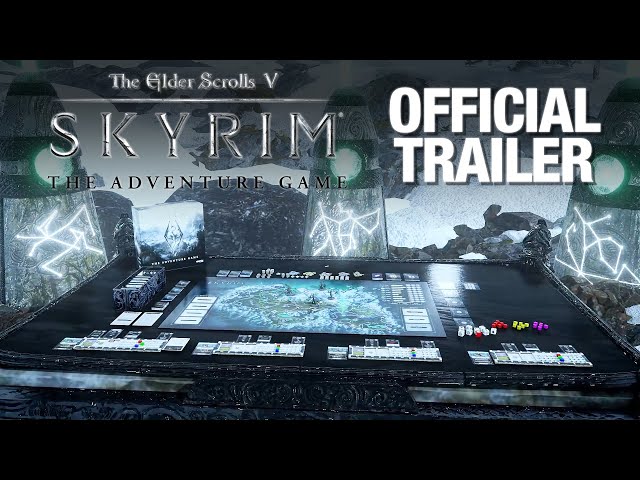 The third and final tier will net you an additional miniatures upgrade set, neoprene mat, and physical coins for $300 / £220. Check out the full tier breakdowns on The Elder Scrolls V: Skyrim The Adventure Game Gamefound page.

In a dev diary posted last week, Modiphius said global shipping disruption and rising manufacturing costs in China had inflated the cost of the base game. As such, it will be available at two prices, the standard pricing tier, and a cheaper $93 / £68 for the first 2011 copies sold (styled as a celebration of Skyrim’s initial release ten years ago). 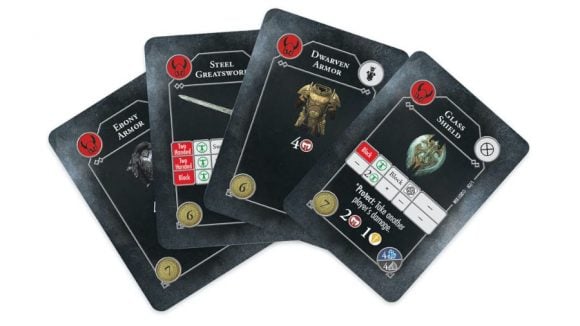 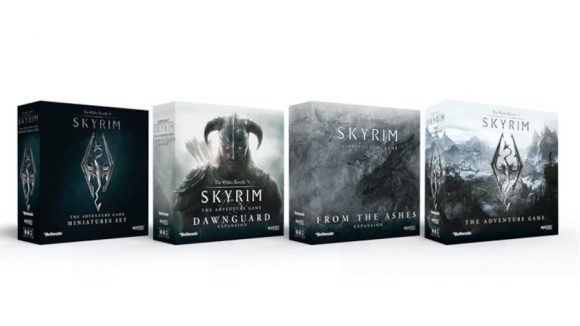 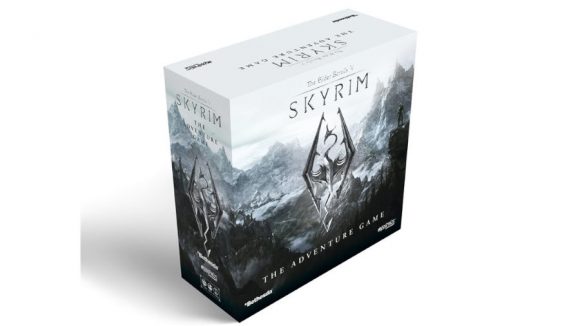 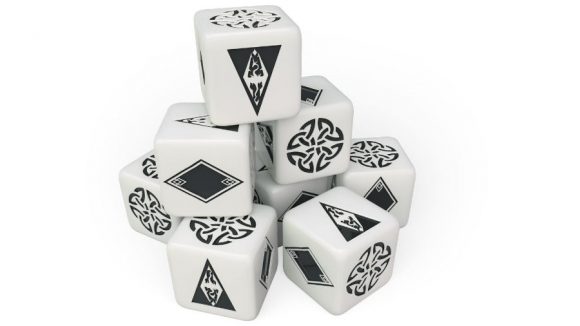 Elsewhere in that update, Modiphius emphasised the replayability of the game. Through its many side quests, dungeons, and storyline pathways, it reckons the game will offer “hundreds of hours of gameplay”, and will differ on every playthrough. If you want to speed through it, however, you can get the job done in ten to 12 hours.

If you can’t wait until the Skyrim board game ships, have a look at our pick of the best board games available in 2021 to find something else to play.