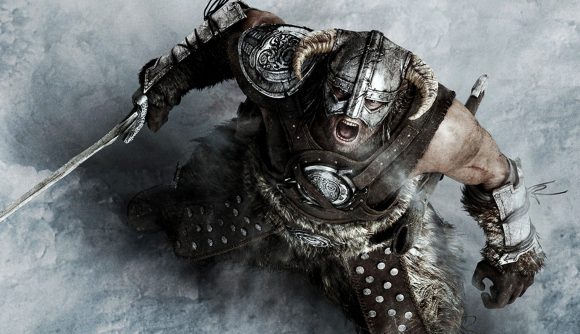 Publisher Modiphius has revealed the first gameplay details of The Elder Scrolls V: Skyrim The Board Game, its upcoming tabletop adaptation of the classic videogame RPG. In a blog post released on its Gamefound crowdfunding page yesterday, and speaking to Wargamer today, the publisher revealed how it aims to create a “sprawling adventure” through cooperative miniatures questing, and the relationship between the Skyrim board game and its videogame source material.

Speaking to Wargamer, Chris Birch, founder and publisher at Modiphius, summed up the Skyrim board game as a “co-operative adventure game, where your choices matter, not just in this game, but future games as well”. He adds that the game sits firmly in the ‘adventure game’ tabletop category, and will focus on “everyone having a miniature, moving around a large geographical map, pursuing quests, and dealing with threats. It’s not a tactical miniatures dungeon crawl.”

Playable for one to four players, you’ll take the role of a hero, embarking on quests, exploring Skyrim, and cooperatively defeating enemies, while balancing these demands with the progressively greater threats that spread across the land. Deadra, trolls, and dragons must be defeated to keep the land safe. As in its source material, you’ll be able to equip a choice of gear, learn new skills, and acquire magical abilities for your character.

Played across a persistent campaign, players’ choices impact the game’s story, and the encounters they face. The base game is divided into two campaigns, with characters, equipment, and skills persisting across their three chapters. 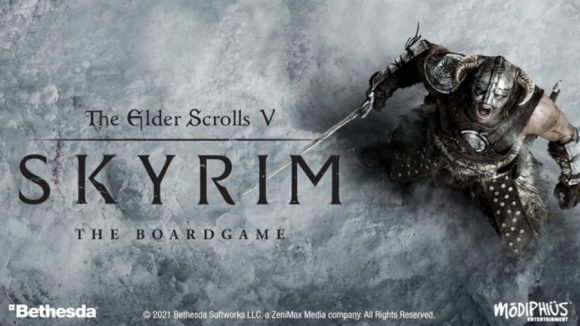 You’ll be able to play through a campaign in its entirety, reset a campaign midway through with a different character if you’d prefer a do-over, or drop into a chapter as a one-off adventure. Modiphius claims the board game will span “hundreds of hours of gameplay” through its different permutation.

Birch says the Skyrim board game has been designed to appeal to both fans of the videogame and tabletop enthusiasts, offering gameplay that draws from its source material, but can also be enjoyed by those unfamiliar with it.

“It’s an epic fantasy adventure, so of course if you’re a fan of Skyrim this is for you,” Birch said.

“But if you love sprawling adventures taking you across a fantasy land on multiple quests, and trying to work together to combat big threats, etc then I think you’re going to feel right at home around the table with friends playing this,” he added.

“There’s no pre-requisite for knowing Skyrim canon to ‘get it’, to enjoy the game.” 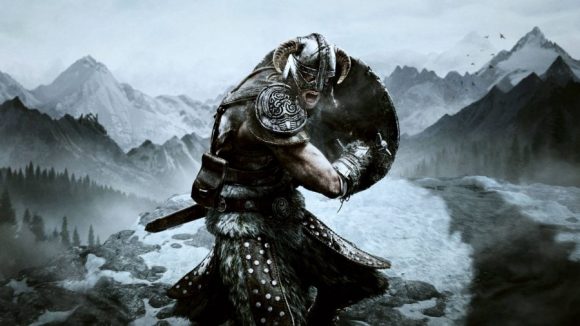 Birch went on to say that the upcoming board game has been designed to differentiate itself from its videogame namesake, and provide a new means of delving into Skyrim.

“If you just copy the video game, why not play the video game? We wanted the best bits of the videogame whilst being able to play together and seeing the story change as you play,” Birch said.

“We’ve all played Skyrim as a solo experience, so now you’re going to get to go back there, come across familiar faces and quests, and adventure together.”

Elsewhere in the blog post, Modiphius confirmed that Skyrim The Board Game will use 32mm scale miniatures created by the same team who sculpted the minis of its Tamriel miniatures wargame, The Elder Scrolls Call to Arms. You’ll be able to use the same minis for both games. 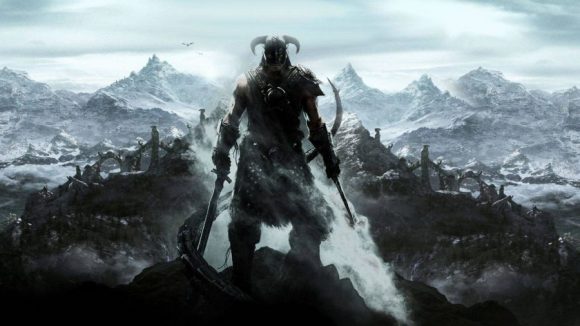 First revealed back in February, Modiphius is keeping the release date of Skyrim The Board Game close to its chest. It gave no timeline as to when the game will launch for crowdfunding, and said disruptions in global shipping means it cannot confirm potential delivery dates.

Want to expand your tabletop collection now? Read our guide to the best board games in 2021, or our pick of the best strategy board games for some ideas.