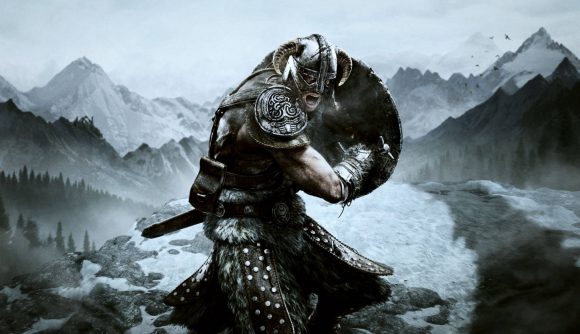 Eternally popular RPG videogame Skyrim is getting a board game adaptation. The cooperative tabletop version of the icy, dragon-filled fifth instalment in the Elder Scrolls series is coming from publisher Modiphius – makers of miniatures wargame The Elder Scrolls: Call to Arms – and is expected to launch on crowdfunding platform Gamefound in June.

First revealed through Polygon, details of the upcoming game, entitled The Elder Scrolls V: Skyrim The Board Game, are sparse. For now, the only gameplay information comes from its pre-launch crowdfunding page, pithily promising an “epic co-operative board game of adventure across Skyrim for 1-4 players”.

Even with limited content details, it’s not difficult to imagine how Skyrim might translate to the tabletop. With much of the videogame and the wider Elder Scrolls series focussing on exploring dimly-lit corridors chock-full of draugr, falmer, and all manner of other ghoulish monsters ready tear off your face faster than you can choke out a Fus Ro Dah, the board game may replicate this through traditional dungeon-crawling mechanics. But a massive open world to explore, a healthy levelling tree, and inventory management would also well capture the adventuring spirit of the original videogame.

Modiphius is no strangers to the world of Skyrim, having previously published The Elder Scrolls: Call to Arms adventure wargame, which includes many Skyrim-specific sets and expansions. Call to Arms is a mix of traditional miniatures skirmisher, with players battling squads of units across an open battlefield, and adventure game, introducing quests and narrative elements to play. 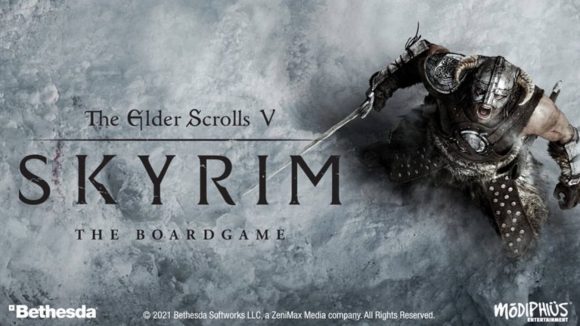 The publisher has also adapted other popular videogames for the tabletop, including miniatures wargame Fallout: Wasteland Warfare, and an upcoming tabletop roleplaying version of Arkane’s stealth adventure franchise Dishonored. Modiphius is also producing the upcoming fifth edition of the gritty vampiric roleplaying game, Vampire: The Masquerade.

Skyrim will celebrate its tenth anniversary this November. In the years since its release, a running joke has emerged that Skyrim is eventually ported to every platform – from PS3 and Xbox 360, to PS4 and Xbox One, to Nintendo Switch, and Playstation VR. Maybe the game’s transition to the tabletop will mark the end of its journey across platforms – but probably not.

If all this talk of tabletop dungeon-crawling has got you in the mood for slaying corridors of beasties, take a gander at our guide to the Gloomhaven board game to find out how to start adventuring through its big box. Or, if Skyrim’s roleplaying is more your thing, read our guide to the best tabletop RPGs.