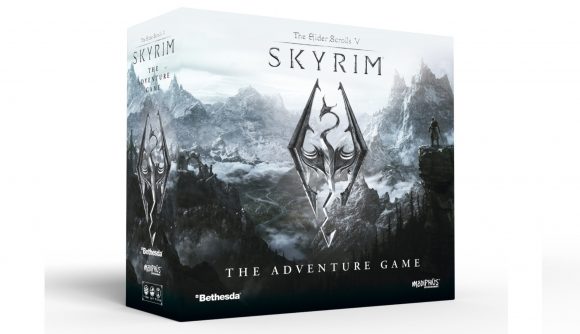 The Elder Scrolls V: Skyrim The Adventure Game, the upcoming board game adaptation of Bethesda’s classic RPG videogame that was released for crowdfunding last week, might have been a little larger. During its development, the game’s designers considered setting the game across the entirety of Tamriel – the main continent of The Elder Scrolls series – rather than solely the province of Skyrim.

Speaking to Wargamer, designer Juan Echenique and head of publisher Modiphius Chris Birch said they had considered creating a map of Tamriel for the game, before realising its scale was too large. “We’ve done the whole of Skyrim, which is pretty big,” Birch says, “and if you did the whole of Tamriel, it would have been the same. You can have 500 locations on a gigantic board, but at some point you have to strip it back to the biggest experience we can give people on the smallest space; make it practical, but make it still feel like there’s so much to do.”

“You could have done the same thing with Tamriel, potentially running around doing dungeons, but the variety of characters and variety of creatures would have started to get out of hand,” Birch adds. “And I think we can give a much more focused, fun, still epic story, because Skyrim is so huge. The fact that we had a Call to Arms kind of made sense that we kind of link the two.”

Echenique says that plans for a full Tamriel board didn’t get very far along during the game’s development. Although the game’s basic structure could have cleanly carried over – with Tamriel’s nine regions replacing Skyrim’s nine holds – the lack of written lore about some of the continent’s locations was a roadblock to the team’s design. “There’s not that much lore written about the Black Marsh,” Echenique says, “and we want to honour the work of the people who made The Elder Scrolls 20 years ago. We couldn’t just make up everything, that wouldn’t be fair on their work.”

Besides working to the limitations of the license, Echenique says the Skyrim setting also handed the team specific design opportunities to lean into. The board game is set 25 years before the events of the original videogame, allowing the team to play into that time difference for novel mechanics and events. As you move around the map, you’ll often encounter the younger selves of many characters of the videogame. 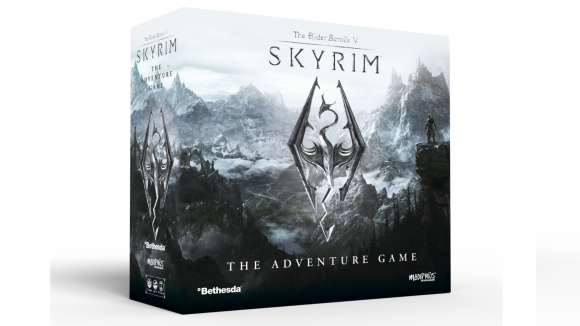 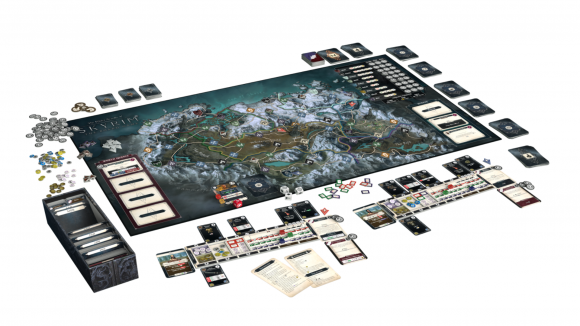 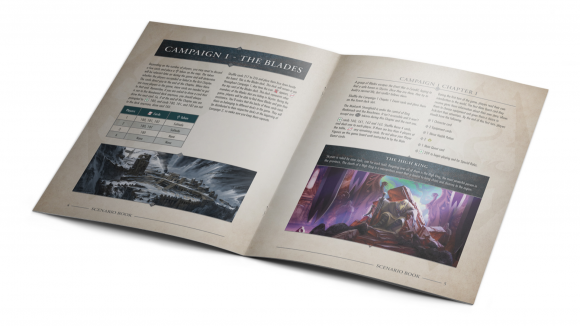 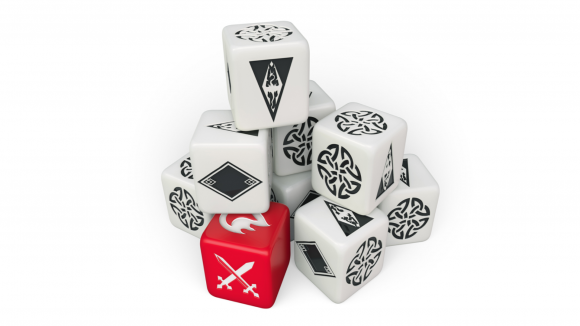 Echenique gives the example of Lokir, the prisoner who accompanies you in the first few moments of the videogame, before being shot down as he attempts to flee the chopping block. Make the right choices in the game, and you’ll encounter him as a child just as he’s stolen a horse.

“That’s possible with Skyrim,” Echenique says, “but it’s not only possible, it’s also beneficial. We can make those callbacks for videogame players without alienating players who haven’t played a video game.”

The Elder Scrolls V: Skyrim The Adventure Game is still up for crowdfunding on Gamefound. If you’d rather have a different tabletop flair, check out our pick of the best board games to play in 2021.