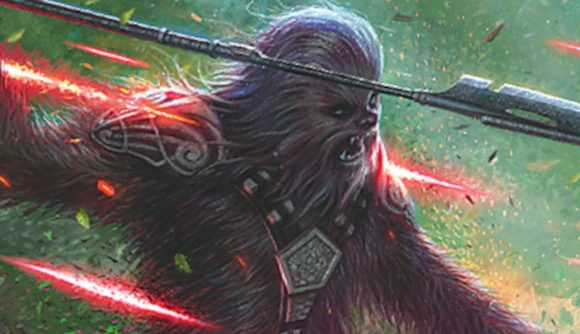 A new set of thematic expansion packs has been revealed for Star Wars: Legion. Announced during Atomic Mass Games’ Mini-stravaganza Twitch stream on Saturday, the upcoming Kashyyyk expansions will be the first of a series of thematic sets for the tabletop game, and bring a slate of new units tied to the titular Wookiee homeworld. Among them is a Yoda commander unit, revised Wookiee Warriors, Separatist Magnaguards, and a Super Tactical Droid. Release and price details are yet to be revealed.

Some of the upcoming miniatures and their unit cards were revealed during the livestream, including a new set of cross-factional Wookiees, able to be fielded in both Rebel and Republic forces. Intended to “revitalise” the Wookiee Warriors currently available for the Rebel units, they offer more flexibility and can be switched into a range-focused unit, losing some of their melee abilities but gaining a range three attack. The existing Wookiee Warrior miniatures are compatible with the new pack, and can be used with the revised unit cards.

Also for the Republic, famed Jedi and defender-of-Kashyyyk Yoda has been revealed as a new commander unit. Coming in at 200-points, Yoda has the Artaru Mastery keyword, allowing him to perform two attacks, gain a dodge token after attacking, and deflect incoming blaster shots. The idea is that Yoda can buff his defensive capabilities when attacking, and improve his attack abilities when defending. The Guidance keyword ability also allows neighbouring allied units to provide non-attack actions, aping Yoda’s inspiring leadership abilities.

For separatist players, the new Super Tactical Droid will come with multiple unit cards to be fielded in different variations. Some focus on supporting allied units, while others will improve the droid’s own abilities. The unit will also reportedly play with the Separatists’ AI abilities, whereby they perform actions in lieu of player orders. 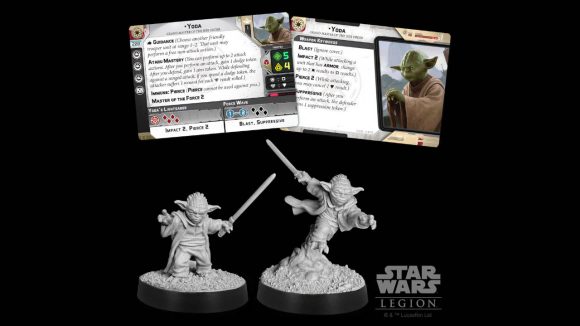 And Magnaguards, most famous as the bodyguards of General Grievous, are also incoming. Intended to be played as commander henchmen, they can use a modified Guardian keyword to block incoming shots targeting their commander. They are also the first dedicated melee unit for the Separatist faction.

Also teased was an upcoming Separatist Persuader tank and Wookiee Fluttercraft vehicle, which each made an appearance in the movie Star Wars: Revenge of the Sith during the Battle of Kashyyyk.

Speaking during the live stream, Luke Eddy, lead developer on Star Wars: Legion, said thematic expansions, in which units are related through their location or concept, will play a bigger role in the games’ future releases. 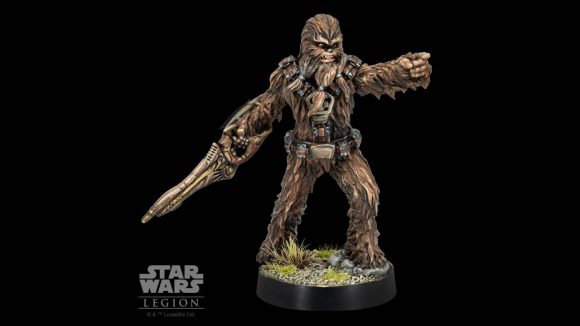 “As we move into the future of Star Wars: Legion and explore more of the Star Wars galaxy with the game, there’s these specific battles or smaller units within these larger factions that we want to explore, and group together thematically,” said Eddy.

“This is the first iteration of that, in the Battle of Kashyyyk”.

“Looking to the future, one of the big driving forces is to have more thematic, iconic releases,” Shick said.

“Looking at the game holistically, from an organised play standpoint, from everything we want to bring in, making all of the products and releases feel thematically whole gives that added value and make sure the game continues to prosper,” he added.

“It allows us some flexibility to do some things that will be very exciting in the future.” 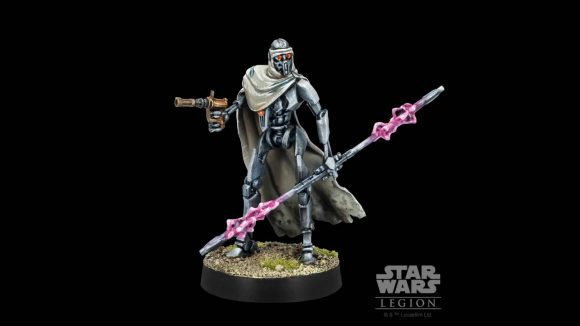 Alongside the upcoming Kashyyyk releases, more details were revealed for the previously-announced transport expansion packs. The Rebel A-A5 Speeder Truck and LAAT Patrol Transport are the first closet-transport vehicles to be introduced to Star Wars: Legion, with their Transport: Closed keywords allowing you to transport units in their hulls while protecting them from all damage – useful if you want to plunk Darth Vader or a band of Wookie Warriors in the middle of the fray without opening them up to attack in the process.

The A-A5 boasts numerous upgrade slots, giving you the option to customise the ship as an armoured transport vessel, or use it as a mobile command centre, capable of buffing and healing nearby allied units. It also comes with a host of crew upgrade cards, including Shriv Suurgav, who can be run in any heavy vehicle, such as land or snowspeeders. 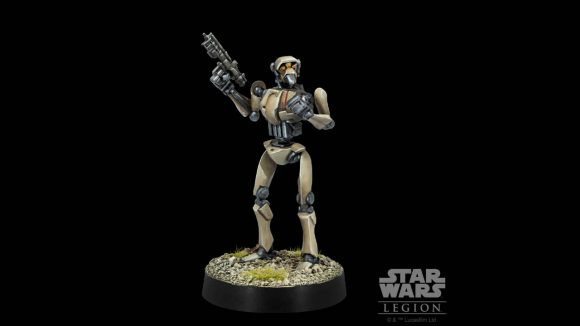 The LAAT Patrol Transport is similar in design, and can be fielded by both the Imperial and Republic factions. Also open to specialisation as a combat-focussed vehicle or transport, its Hover Air keyword makes it akin to a helicopter, allowing it to strafe side-to-side as it evades fire or navigates tricky terrain. It comes with several pilot options, including Governor Pryce, an Imperial option who is billed as a hard-nosed commander dedicated to the success of the mission at the expense of her troops, or Clone Commander Fox that can buff neighbouring allies with surge tokens and remove suppression tokens.

If all this talk of new miniatures had got you wanting to bolster your force, read our Star Wars: Legion expansions guide, and find what miniatures to add to your forces next.