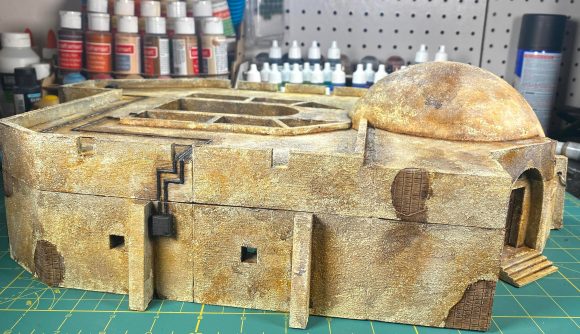 Star Wars: Legion is one of the most faithful adaptations of the galaxy far, far away to ever hit our tabletops. Among the raft of Star Wars board games that have been released over the years, nothing quite gets you feeling like a commander of the Empire, or hero of the rebellion, like shifting a squad of reverently detailed Death Troopers across the table, or taking a Landspeeder for a spin. But there’s one staple location of the franchise that hasn’t had a Legion look in. That famous hive of scum and villainy: Mos Eisley Cantina.

Until now, that is. Reddit user NerfedOranges27 has created a  scale model of the famous space bar, complete with a moulded interior matching that of the films, and a removable roof. The cantina’s doors also open, so you can skirmish directly inside, if the heat of Tatooine’s desert gets a little much for your Stormtroopers (it must be baking in those helmets).

In their original Reddit post, NerfedOranges27 said the model is entirely 3D printed, and took them a year to complete. You can see why. The whole model is weathered in a classic sandy Tatooine colour, while scuff marks and broken plaster (although I’m sure it’s a more futuristic alternative) embellish its exterior. Even details like grubby corners, and the sign above the cantina’s front door haven’t been forgotten.

NerfedOranges27 has listed the STL files on their Etsy store page, so you’ll be able to 3D print your own cantina pieces, if you happen to have such a machine handy. Although this particular building might fill more of your table than you’re expecting. Coming in at around 48cm by 36cm / 19” by 14”, it’s more of a battlefield location in itself, than a showpiece to drop onto the map. 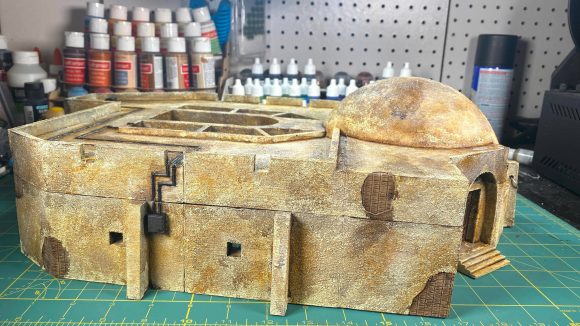 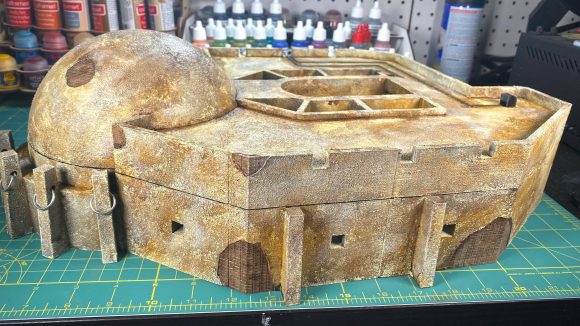 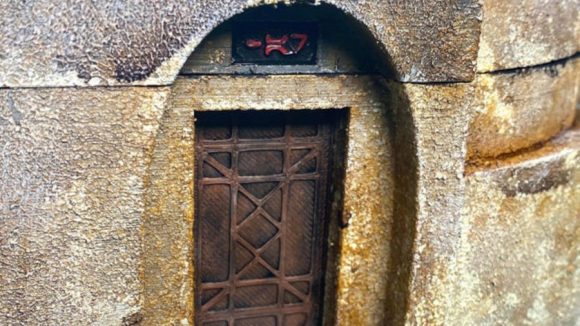 The piece makes a nice addition to the, fairly limited, official terrain sets for Star Wars: Legion. While the game’s Priority Supplies Battlefield expansion provides a few crates and spindly moisture vaporators to dot around the battlefield, and the Downed AT-ST or Imperial Bunker expansion might add a bit of visual flair, publisher Atomic Mass Games is yet to release any terrain piece with a moulded interior.

Unsurprisingly, the Star Wars: Legion subreddit’s response to NerfedOranges27’s design has been very complimentary, with users praising its accuracy. 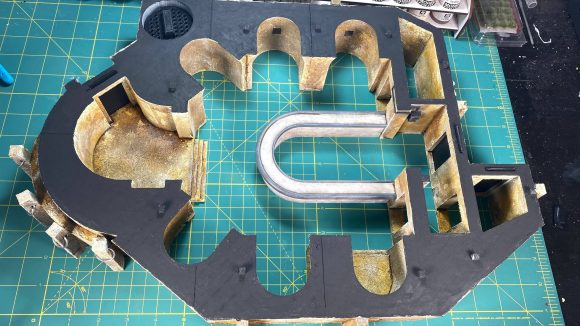 Initially published by Fantasy Flight Games upon release in 2018, Star Wars: Legion has since changed hands to Asmodee-owned miniatures design studio Atomic Mass Games. It’s had a raft of expansions released since its core sets were first published, and will be getting a line of thematic Kashyyyk expansions this year.

Keen to expand your force of miniatures? Read our Star Wars: Legion expansions guide, and find out how to bolster your force next.