Reams of rules, esoteric lore, unwavering commitment to historical accuracy, shedloads of dice, and miniatures more detailed than the images displayed on an 8K TV: wargames can be truly beastly. But they’re not off-limits. Many small skirmish games have sprung up in the wake of the more gargantuan Warhammer 40k or Flames of War, acting as a bridge between the casual board game crowd and the miniatures wargaming space. Ask any keen tabletop-goer the best of these go-to entry-points, and one title will likely crop up again and again – Star Wars: X-Wing.

It’s become a cliché. Carrying a globally-recognised license, played using pre-painted miniatures, and boasting a rules system that gives all other dogfighting games a run for their money, X-Wing might just be the safest wargame ever created. It’s mechanically straightforward, and its systems intuitive. Even if you’ve never seen a d8 before, you won’t have too much trouble whizzing starships about and firing blasters in frenetic firefights. Put tersely: it’s a simple game.

But that does the game a disservice. X-Wing isn’t the best beginner wargame because it’s simple, but because it has the potential to be complex. Far from offering a diluted miniatures skirmish that dumbs down detail and passes over opportunities for intricacy, X-Wing has all the opportunity for astute stratagems and micro-managed squad customisation that you’d expect from a miniatures game. But it hands these to you gradually and organically, rather than dumping an impenetrable system of demanding nuance onto your shoulders from the off.

And I don’t just mean its price tag. Sure, you can build a full-point squadron without emptying your wallet of too many shiny pennies, and today’s newly-released Phoenix Cell, Skystrike Academy, and Fugitives and Collaborators squadron packs sure will make padding out your force all that bit easier, but it’s in X-Wing’s core gameplay that its ability to entice new players, while fostering their deeper engagement with its core wargaming tenets, really shines. 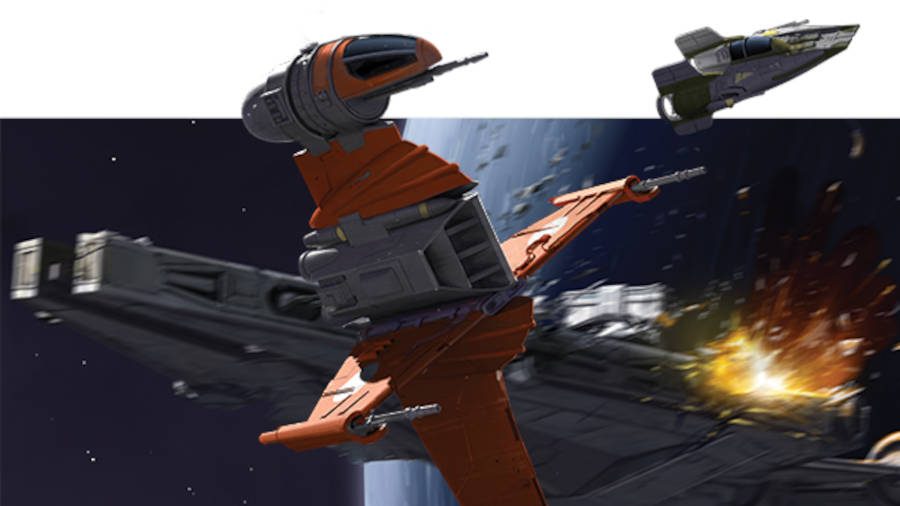 Take the game’s upgrade cards – equippable boons that grant new ship abilities and stat alterations. In some sense, this is where the real meat of strategy enters the game. Combining upgrades to bolster your ships’ strengths, and diminish their weaknesses, while concocting a specialist squadron of units that are complementary, and don’t adversely renege on each other’s specialities, is no easy task. Buffing your Tie Fighter’s bullseye arc so it instantly destroys any vessel that has the misfortune of landing directly in front of it, or pimping your B-Wing so you can perform evasive manoeuvres like it’s second nature, is as fun as it is challenging.

But also fun is grabbing whatever upgrade cards are to hand, and throwing them onto your ship in a flurry of ill-thought glee. Put that R5 Astromech on that Y-Wing, equip that Tie Defender with those Ion Pulse Missiles. Why the hell not? X-Wing lets you customise your ships in unthinking abandon, but never punishes poor planning. There’s enough room to rigorously strategise your combat technique and set a plan of action, as well as gradually experiment with the game’s possibilities, as you grapple with how, and when, to use the options available to you. 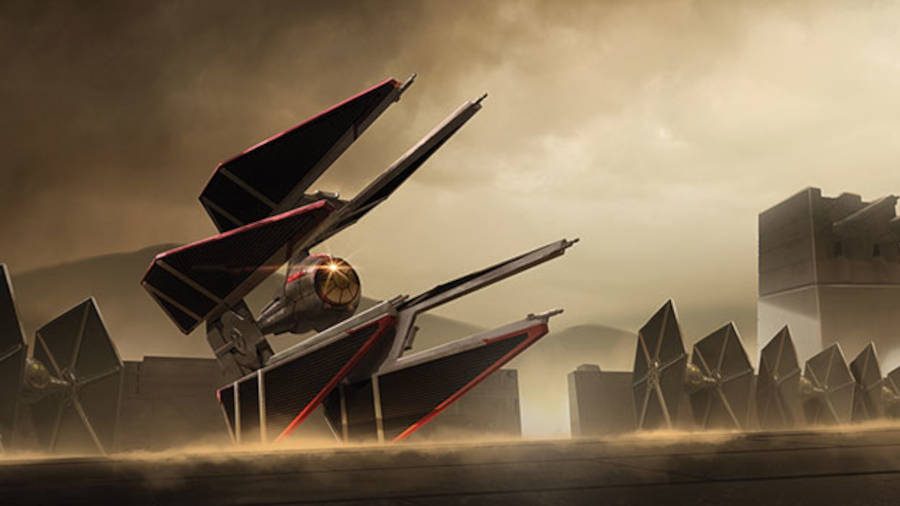 Part of this comes through the game’s persistent action. Your ship is permanently open to fire, vulnerable in the expanse of space. Sure, there might be a little debris for you to hide behind, but it’s as deadly to the hull of your ship as it is helpful. You might have the tail end of an enemy ship nicely lined up in your sights, but what are the chances they’ll whack out that Koiogran turn and blast you in the face, too?

General Kenobi! These are the best Star Wars board games

A small play area and constant opportunities for daring manoeuvres make for some truly action-focused skirmishes, in which another chance to test out whatever haphazard mixture of upgrades cards you’ve picked, or contrived tactic is up your sleeve, is never far away. X-Wing encourages brazen experimentation, rather than tactical-formula-following. 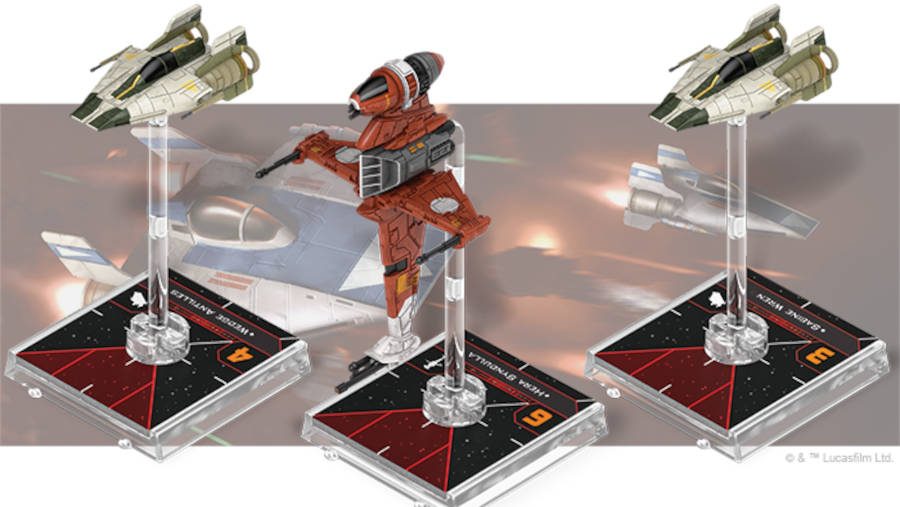 When piloting your way around asteroids and narrowly escaping the range of your enemy ships, the game hands you enough unexpected happenings that there’s simply not enough room to predetermine your opponents’ moves wholesale. It’s pointless planning a watertight strategy, but better to test out new ideas with each match. Fundamentally, X-Wing isn’t a game of shrewd strategic planning, but one of reactive ploys and experimentation, as you explore the scope of its systems.

X-Wing is a game of reactive ploys

And that makes for a superb introduction to wargames. No need to study stacks of upgrades or internalise concrete tactics, the game lets you pick an idea, have a run with it, and iterate upon your strategy. Learn what works through the throes of the dogfight, and adjust your starship tactics accordingly.

And, if you’d allow just one minor (or excessive) reach, this principle of offering players scope for development through direct engagement with the game’s systems is best captured symbolically: by paint of its minis. 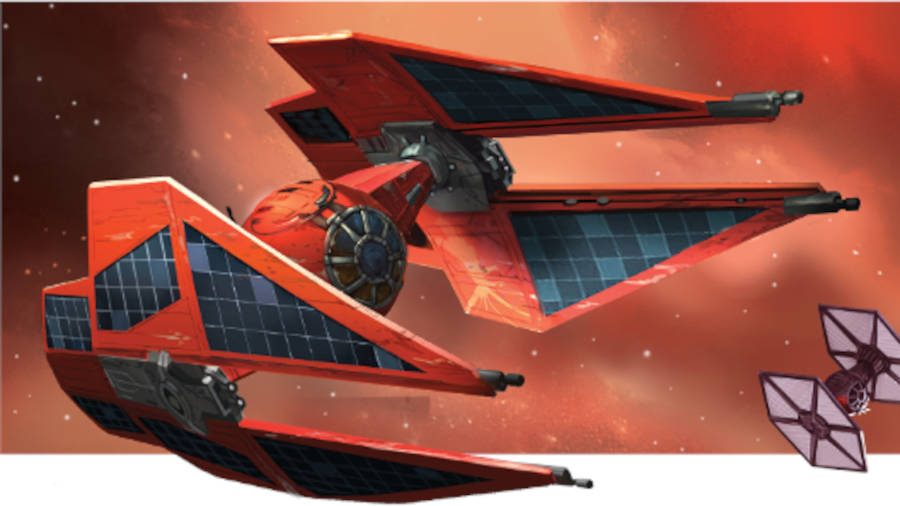 X-Wing’s pre-painted miniatures make that jump into tabletop wargaming all the simpler for players not keen on learning the intricacies of drybrushing, or scared of the hit their wallet might take from a collection of Citadel paints. Many X-Wing vets do paint their miniatures. Once you appreciate the difference a green strip across your Corvette can make, you can whip out that brush, apply a few thin coats, before going crazy, and painting your fleet in some gaudy colour scheme. The option is there, and while you don’t have to jump in right away, you’ll find yourself getting a little more comfortable with the idea of a deliberate makeover the more you play.

And that’s the heart of X-Wing’s appeal. It’s a simple game, easy to pick up, but offers such breadth and scope as to ease any budding wargamer into the hobby. It’s the potential for X-Wing to play as a complex game of squad-specialisation, multi-turn strategic planning, and calculated manoeuvres, while operating as an instant action dogfighter, that makes it perfect for introducing new players to the hobby.