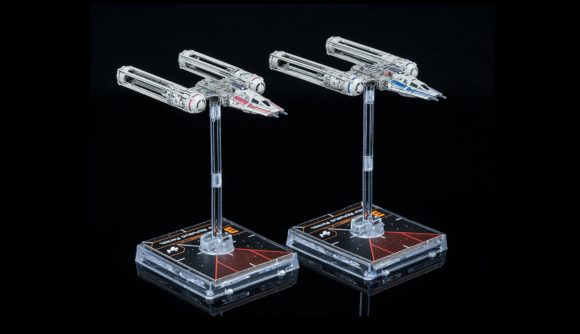 Star Wars: X-Wing is flying further into the sequel trilogy with its next batch of expansion packs. Revealed by publisher Atomic Mass Games across its social media channels last week, Fury of the First Order will introduce three TIE fighters for Kylo Ren’s fleet of Imperial wannabes, while the BTA-NR2 Y-Wing expansion pack will bring two Resistance bombers to the mix. More importantly, we’ve now had a look at their accompanying upgrade cards.

The excitingly named BTA-NR2 Y-Wings are looking highly situational. Pilot Teza Nasz lets a friendly attacking ship within 0-2 range reroll one attack die, if its target is flanked by ships friendly to the attacker in each of its side arcs. A bit of a mouthful, it means you’ll have to surround your targets to buff friendly attack rolls, if only by a smidgen.

Shasa Zard, meanwhile, is more defensive, but still focused on team buffing. They can replicate a green token (so that’s Focus, Evade, Reinforce, or Calculate) onto a friendly ship in 0-2 range of their rear, after defending from an attack. At a low Initiative of three, Zard should let you copy your tokens onto hard-hitting allied ships early in the round, preparing them for their attack run.

As for their upgrade slots, AMG revealed the Y-Wings sport a fairly unsurprising mix of two Modifications, an Astromech, Bomb slot, and Talent, although no Torpedo option to accompany them. The real utility of the pilots will be revealed with their point costs. 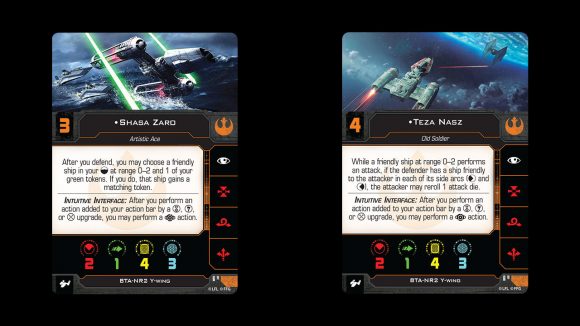 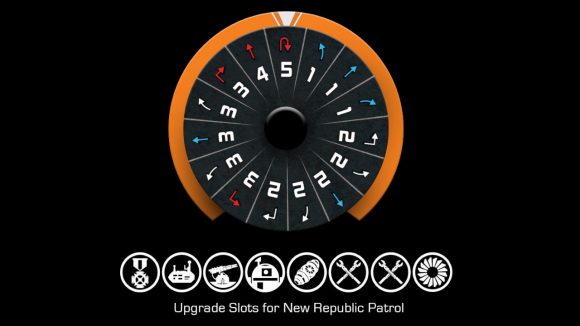 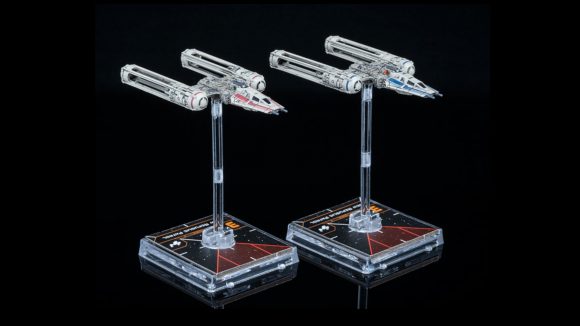 Fury of the First Order will introduce a broader mix, packing two TIE Bombers and one TIE Whisper Modified Interceptor. Their “Grudge” pilot card lets you reroll one attack die of a friendly bomb or mine when it detonates at range 0-2. It should make the likes of Cluster Mines and Electro-Protons more effective.

The Feedback Ping Talent follows a similar theme, providing you with a Lock on any ship that executes a manoeuvre within a 0-1 range of a friendly device (including bombs and mines). Paired together, both upgrades look to enhance the immediate, quick-to-action viability of the TIE Bombers.

As AMG revealed, the bombers have fewer upgrade slots than the Y-Wings, but they’re more offensively-inclined, spanning a Missile, Torpedo, and Bomb slot, and more. 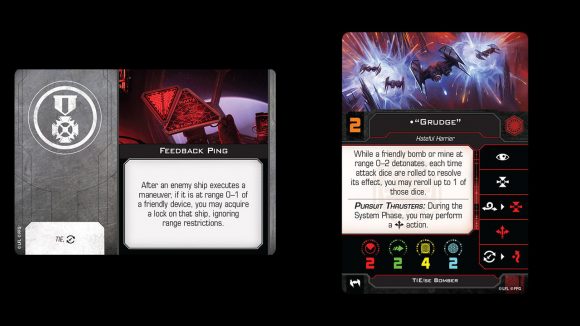 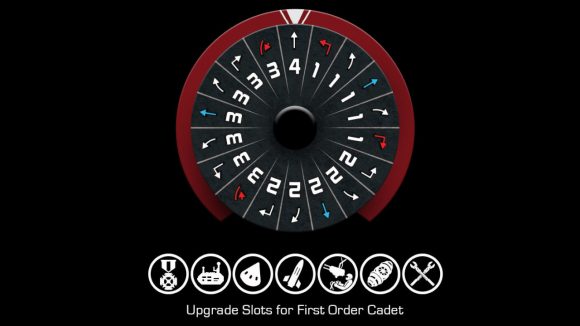 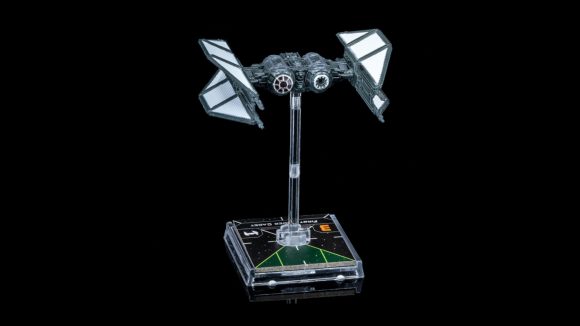 The BTA-NR2 Y-Wing expansion pack will include a total of 12 ship cards and 18 upgrade cards, while the Fury of the First Order will pack 14 pilots and 32 upgrades. Both expansions are scheduled to release on September 24, and are available for pre-order from the Asmodee US webstore now.

If you fancy more time in the galaxy far, far away, check out our pick of the best Star Wars board games, or read our take on why X-Wing is the best gateway wargame, if you need an excuse to start collecting.