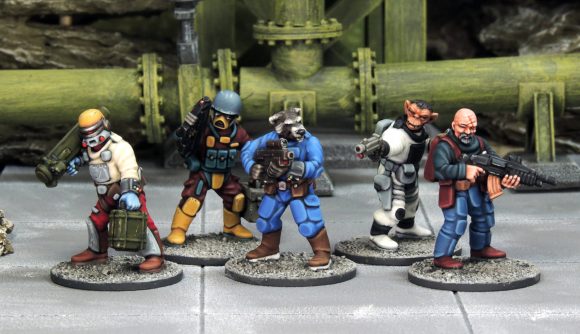 Sci-fi miniature wargame Stargrave has a second supplement on the way that will add a multi-path campaign of mystery and politicking. Titled The Last Prospector, the upcoming expansion for Joe McCullough’s fast-paced skirmisher is described as an “experiment” in combining narrative storytelling with miniature wargaming.

Speaking to Wargamer about the upcoming expansion, McCullough says he wanted to do something different with The Last Prospector. While Stargrave’s first supplement, Quarantine 37, added an expanded bestiary, more troop options, a short solo campaign, and three mini-campaigns, this second expansion will focus more directly on providing a new, novel adventure to play through.

“The heart of the book is a 10-scenario campaign,” McCullough says, “but instead of following a strictly linear plot, the players get to decide the order in which most of the scenarios are played. The whole campaign is set in one star system, and the players are travelling around the system looking for clues to the disappearance of The Prospector.”

Chasing those clues will take you across an asteroid belt, as you hop from rock to rock to explore abandoned mining colonies left to fall into ruin or crime. On the way, you’ll have to fight an assortment of spacefaring gangs, warlords, and other hostiles while navigating their various political factions, your relationship with which will influence your progression across the campaign.

“On the way, [players] will have to interact with the different factions at play in the system, and will probably gain favour with some, while making enemies of others,” McCullough says. “How they stand with those factions will give them bonuses or penalties in certain scenarios, making it more attractive to play specific scenarios at specific times.” 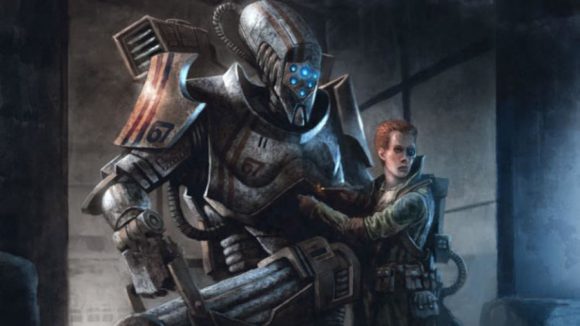 “So, basically, it’s just an experiment in another way to bring and apply narrative to a skirmish wargame campaign. I hope players enjoy it!”

The Last Prospector is scheduled to release April 2022, although more Stargrave material is coming. McCullough has previously said he’s started work on the game’s third supplement, Hope Eternal, which will offer a single “epic solo or co-operative campaign”.

For more miniature wargaming, read our interview with Joe McCullough about his latest Napoleonic gothic horror wargame The Silver Bayonet. Otherwise, have a gander at our selection of the best board games for tabletop treats of a different variety.