Terraforming Mars is a big game in more ways than one. Cherished by strategy enthusiasts, it’s regularly spotlighted as one of the best releases of recent years, and has become a familiar face in tabletop collections everywhere. But it’s also just physically huge. Handing you a raft of components and metrics, all interwoven in a meaty system, you’ll likely be thumbing through its rulebook in your first few games. It’s beloved, and brilliant – but big.

The solution to this intimidating size, as conceived by publisher Stronghold Games, is Terraforming Mars: Ares Expedition. It’s a streamlined, standalone, card-focused variant of the original game, which aims to distil the original’s core engine-building experience into a more digestible package. For the most part, it works brilliantly, capturing all of the game’s best features in a smoother flow, at a cheaper price point. There’s just a few niggles that creep in along the way.

Ares Expedition again places you in control of an interplanetary mega-corporation attempting to alter the geological parameters of Mars. Play cards from your hand to develop terraforming infrastructure that will raise the planet’s temperature, increase its oxygen supply, and birth new oceans on the surface of the Red Planet. All the while, you’ll be growing your production base to accelerate your terraforming capabilities, carefully balancing immediate point-scoring with future returns.

The game uses the same resources as the original, has you track your production on a similar player board, and even uses a central game board to record Mars’ shifting geology. Despite presenting itself as a card game variant, Ares Expedition is less of an overhaul of the original game than it is a slightly shrunken adaptation. Everything plays broadly the same, besides some new cards, abilities, and balancing tweaks. 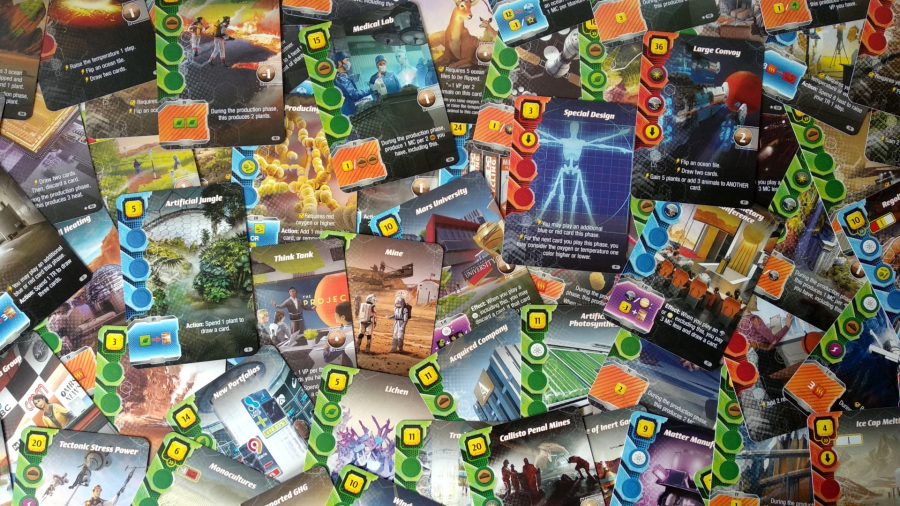 The biggest and most exciting change is undoubtedly the game’s turn system. Each round is split into five distinct phases, wherein specific actions may be performed and particular cards played. The ‘development phase’, for example, lets you place cards to expand your resource production, while the ‘research phase’ lets you draw more cards into your hand.

The most exciting change is the game’s turn system

The kicker, however, is that not all phases appear every round. Players secretly pick a phase at the start of each, before revealing their selection to the group. Chosen phases will be played through, but those which aren’t picked will be skipped that round.

It makes for some shrewd deducing, as you speculate what phases your opponents will choose, and make a pick of your own to allow for a complementary chain of action. If it looks like an opposing player is set on the ‘action phase’ (which allows you to spend accumulated resources on shifting Mars’ environment) you might consider picking the ‘production phase’ (letting you refresh your stock of resources afterwards, ready for the next round). Add in bonus actions that apply only to those who selected the phase currently in play, and the game provides much scope for furious, but fair, second-guessing. 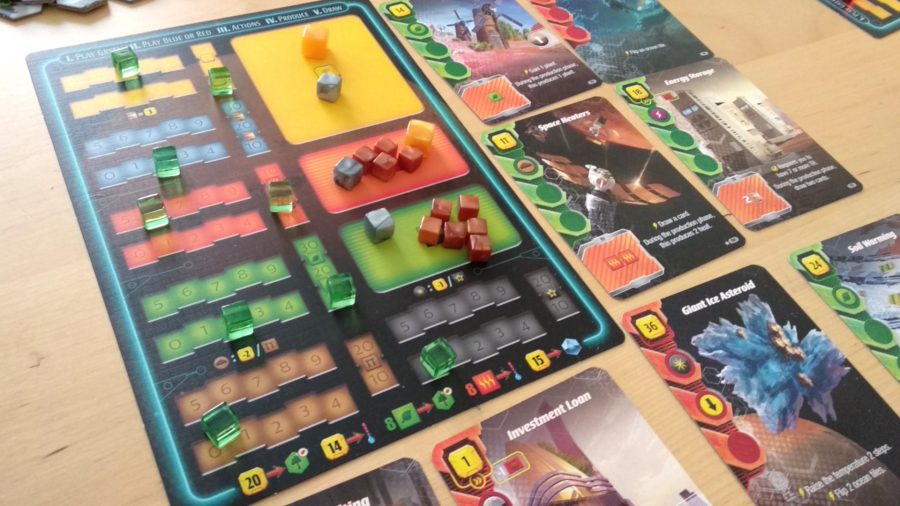 Equally charming is the variety of playable Corporations. Each has a different starting pool of resources, and a special effect to use in-game. Some firms specialise in accruing a particular resource, while others sport more inventive abilities that let you ignore particular card requirements, or perform special actions that dramatically change your resource production.

None are obviously overpowered, and their variety of abilities translates into a spread of different playstyles. Leaning into your corporation’s special effect, and leveraging it at just the right time, can mean the difference between victory and defeat. Even better, a handful of beginner Corporations ease new players into the process, offering straightforward special abilities that are easy to grasp.

Must-haves: Our pick of the best board games in 2021

This deliberate attempt to cater to new players runs throughout Ares Expedition. Although its many resources, metrics, and mechanisms might initially confuse a casual player whose previous board game experience extends only to traditional gateway games, its many introductory resources combat this. Besides the main rulebook, a slim reference guide concisely outlines the game’s phases and objective, reference cards provide even more slimline refreshers, and rule reminders are printed on each player board.

An initial view of the game can be overwhelming, but Ares Expedition does all it can to remind you of the rules as you play, letting you get stuck in without memorising the many facets of its rules. 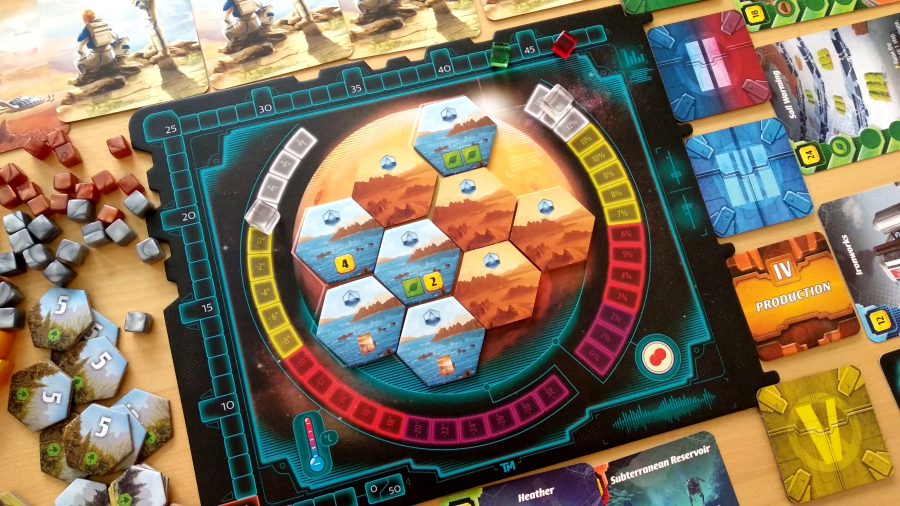 That’s not to say everything is smooth sailing, however. In its effort to streamline the original game without sacrifice, Ares Expedition retains too much, hanging onto auxiliary elements that would have best been cut. Titanium and Steel act as secondary resources, collected to improve the supply of your primary materials. But they rarely prove useful, and can usually be left forgotten as obsolete avenues of expenditure.

In its effort to streamline the original game, Ares Expedition retains too much

Similarly, some cards are categorised by ‘tags’ that, by themselves, do nothing, but might come into action when referenced by others. If you’re lucky enough to draw sufficient cards of a particular tag, they make for nice moments of rapid growth, as you chain actions together. However, the volume of tags (ten in total) makes the concept confusing. At times, I was surprised to read about ‘plants’ and ‘microbes’ on my cards, only to look through the rulebook and realise they were tags I’d forgotten had even existed.

But Ares Expedition’s most frustrating feature might be its use of flat player boards. Tracking your resources and production capacities by placing little plastic cubes on a small board is a fine concept, but runs into difficulties when those cubes will jiggle around at the mere sound of a bump. Accidentally nudge your board, or drop something from above, and you can be sure all those carefully positioned cubes will fly out of alignment. 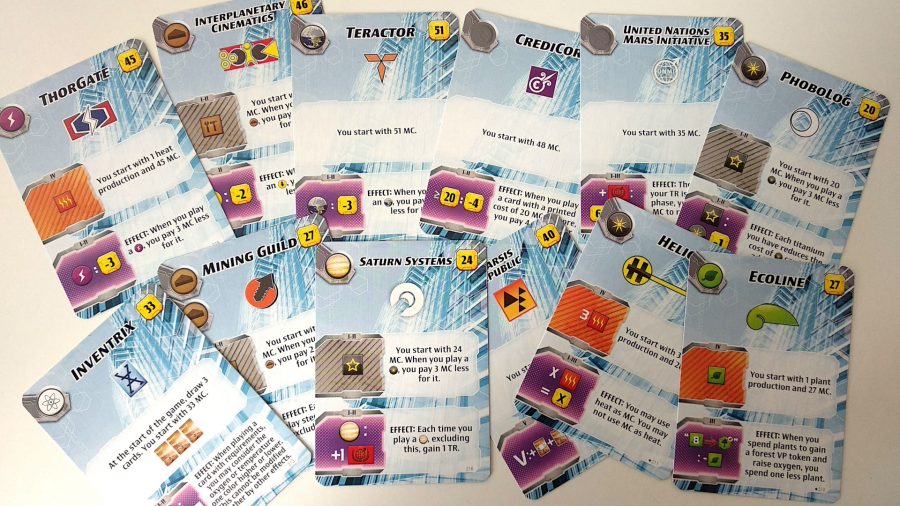 Dual-layer player boards would undoubtedly inflate the game’s price, and the cost-saving is probably worthwhile. But that doesn’t alleviate the frustration you feel when an accidental nudge sabotages an entire game.

Games for two: The best couples’ board games