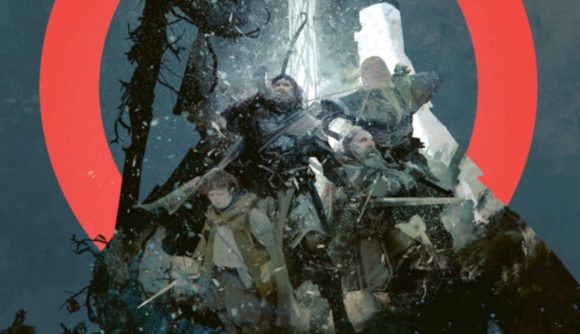 Lord of the Rings tabletop RPG The One Ring Second Edition hit Kickstarter yesterday, reaching its initial target of $12,000 within four minutes, and unlocking its 14 stretch goals within the next 40. A decade on from the game’s initial release in 2011, this second edition was brought to Kickstarter by Free League publishing, the folks behind Mörk Borg (one of our favourites) and designed by Francesco Nepitello, who previously worked on the popular board wargame War of the Ring. Now that the campaign is live and kicking, we have a better idea of the new setting, updated rule system, visual redesign, and contents of the game.

Kickstarter backers get access to The One Ring Starter Set, with a bundle of content to help jump into the game quickly, including pre-generated characters – such as famous hobbits Drogo Baggins, Paladin Took, Primula Brandybuck and Lobelia Baggins – an adventure compendium with several storylines to embark upon, and the core rulebook. There’s also a Collector’s Edition, available only during the current Kickstarter campaign.

The Kickstarter campaign’s 14 stretch goals have already been exceeded, and now offer bonus characters, a full-colour map of the Shire and Eriador, and a compendium to the history and lore of the Shire.

The One Ring plays much like any other tabletop RPG. Players create a party of adventurers composed of the usual Tolkien races – hobbits, dwarves, elves, and men – who band together to oppose the returning dark force of Sauron. The game tracks the actions of your adventuring party, while setting them against the movements of the fellowship taking the One Ring to Mordor, building up to the climactic end of the Third Age. 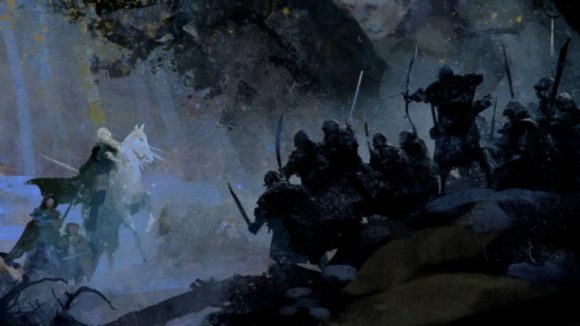 Free League Publishing says the second edition will update and streamline these rules, reportedly building upon the last few years of player feedback. Character creation has been tweaked, while Journeys and Councils (the quests that players embark upon) have been completely redesigned. New rules for Magic have also been integrated.

According to the Kickstarter page, the new rules are reportedly compatible with adventure modules from the first edition of The One Ring, requiring only minor tweaking.

The game’s art and contents have also been visually redesigned, according to Free League, to offer a fresh take on the realm of Middle Earth, but one that doesn’t stray too far from the familiar visuals we’re used to seeing. 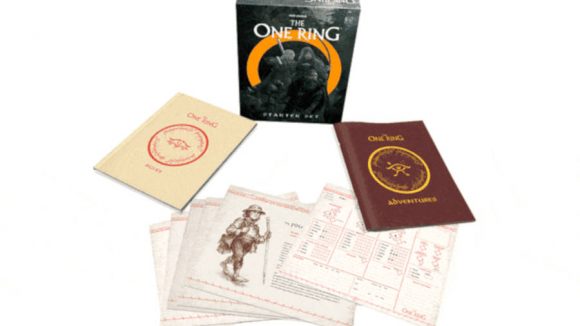 Set at the very end of the Third Age, The One Ring follows the timespan of Tolkien’s novels, from Bilbo Baggins finding the One Ring, right through to the War of The Ring, that sees the Free Peoples battle once again against Sauron, and finally destroy the infamous gold band. Much of the game explores locations of Middle-earth not seen in Peter Jackson’s famous film trilogy, and only mentioned in passing in the novels.

This second edition moves the game’s focus to the old lands of the Northern Kingdom, and adds the Lone-lands of Eriador as a new setting. Eriador is most famous for containing the ‘city’ of Bree, Fornost, and Weathertop – the rocky outcrop where Frodo is stabbed by a Ringwraith in the first film. Free League says the new settings aim to provide players with refreshing new Middle-earth locations to start their adventures. 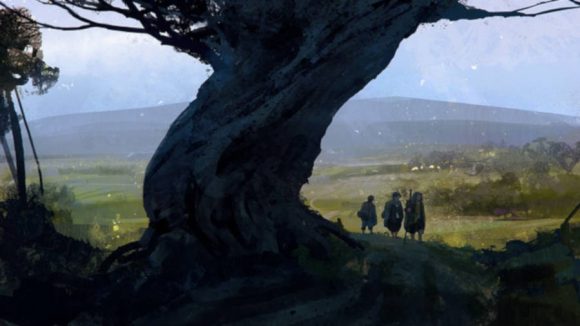 The One Ring Second Edition Kickstarter campaign will be live until March 4.

If all this talk of roleplaying has got you excited for some tabletop world-building that isn’t just D&D, try our guide to the best Tabletop RPGs.