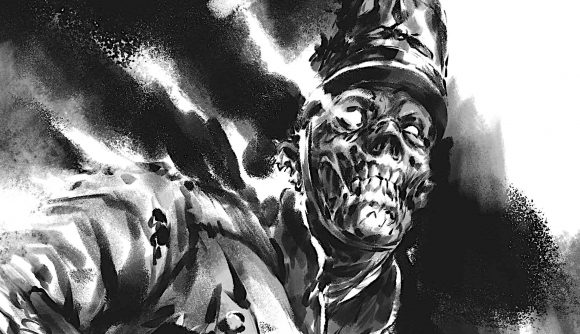 Osprey Publishing has announced a new Napoleonic miniatures wargame, but this one has a few more vampires and ghouls than most. Revealed in a blog post yesterday, The Silver Bayonet: A Wargame of Napoleonic Gothic Horror is a historical fantasy adventure-skirmisher, combining elements of Napoleonic warfare with gothic horror. Designed by Joseph McCullough, the creator of popular miniatures skirmisher Frostgrave, the game will release this October, with a core rulebook, and accompanying miniatures.

The Silver Bayonet introduces an original fantasy world set at the height of the Napoleonic wars, with an injection of supernatural magic and superstition. Horrifying creatures, familiar from gothic horror stories and folklore, have sprung up in the ensuing chaos of warfare to fight humanity, and must be kept at bay.

“As the wars of Napoleon ravage Europe, chaos and fear reign and the darkness that once clung to the shadows has been emboldened,” reads the game’s description. “Supernatural creatures – vampires, werewolves, ghouls, and worse – take advantage of the havoc, striking out at isolated farms, villages, and even military units”.

Expect to see typical Napoleonic-era units, such as riflemen and swordsmen, fighting alongside more fantastical warriors, including mystics, cultists, and supernatural creatures that have been tamed to your cause. Osprey describes the game as a one of “action and adventure, where musket and sabre meet tooth and claw”. 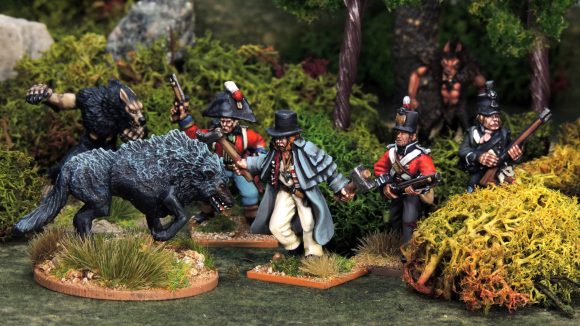 Rather than playing as a typical miniatures skirmisher in which battles are fought in standalone sessions, The Silver Bayonet is played across a series of interlinked adventures, with your units’ experience, wounds, victories, and defeats persisting. It can be played solo, cooperatively, or competitively.

The game will also release with a dedicated line of 28mm scale miniatures, representing the abominable creatures and heroes of its world, available from online retailer North Star Military Figures. The rulebook will include illustrations of the historical-fantasy world, featuring a “stripped-back, sketchy art style to evoke the worn notebook of an artist faced with the horrors of this dark alternate history,” and will release in hardback and as a digital download. 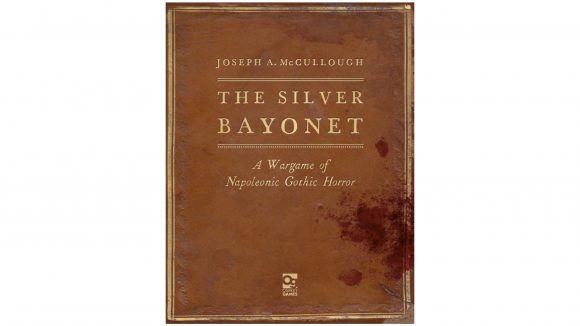 Speaking in the blog post, the game’s designer Joseph McCullough said: “I am, first and foremost, a fantasy wargamer, but I have always been drawn to the ornate and colourful uniforms of the Napoleonic Wars”.

“I wrote The Silver Bayonet to give players (and myself) the excuse to assemble a small team of Napoleonic soldiers, drawn from different units and branches of service, and to pick up a few weird creatures to go with them!” he added.

“It was also a great chance to stretch myself, as a designer, and develop a completely new skirmish system that fit this dark and gritty theme.” 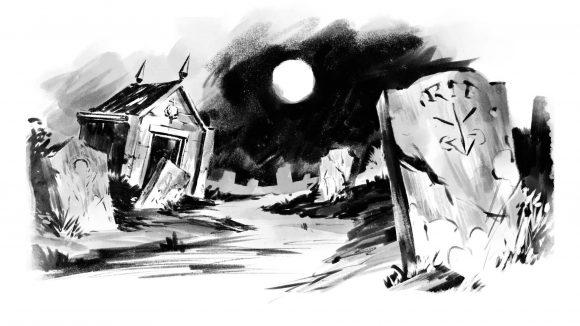 Joseph McCullough is best known for creating the fantasy miniatures wargame Frostgrave, in which you control a warband of wizards across competitive skirmishes in ruined cities. Frostgrave has received much praise since its release in 2015, for its lore, tight rules, and persistent campaign system.

Interested in getting started in fantasy miniatures wargames, but can’t wait for the release of The Silver Bayonet? Read our Age of Sigmar starter set guide to know where to begin in the Mortal Realms.