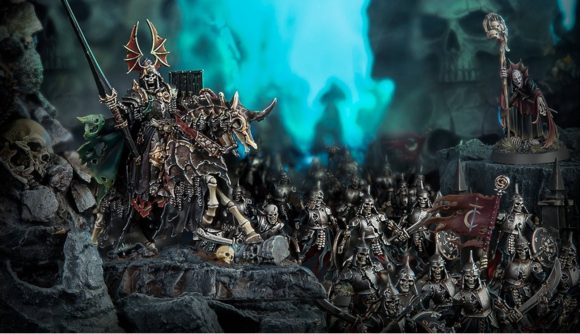 Age of Sigmar’s resident vampires are making the leap into Warcy, Games Workshops’ small-scale, boxed skirmisher. Revealed in a Warhammer Community blog post yesterday, the firm has released the Ability and Fighter Cards needed to field a Soulblight Gravelords warband for free, and included details for some Cursed City minis.

The 21 Fighter Cards span most of the Soulblight Gravelords’ unit roster. You’ll be able to build your warband with Deadwalker Zombies, Blood Knights, and Grave Guards, as well as miniatures previously released in the ill-fated Warhammer Cursed City, such as Vargskyrs and Kosargi Nightguards. Games Workshop had revealed that some Cursed City minis will continue to be sold separately after the dungeon crawler was unexpectedly canned, but this is the first time we’ve seen them in another boxed game.

All the minis included the Soulblight Gravelords Start Collecting! Box have their own Fighter Card, with the idea being that new players, or those who just started building their Gravelords army, will find it easy to dip into Warcry.

The blog post also reveals some of the Gravelords’ abilities. Their ‘Thirst for Blood’ action lets vampire units heal themselves after taking down an enemy fighter, as if rejuvenating from the blood of their enemies. Grave Guards and Skeleton Champions, meanwhile, can make a bonus attack action if they’re within six inches of their warband’s leader, aping the tight-knit grouping of a shambling skeletal horde. 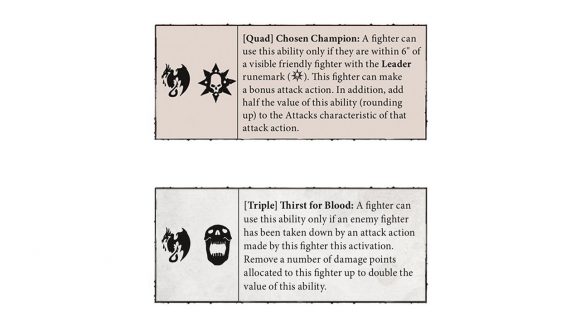 You can download the Soulblight Gravelords Fighter Cards here.

In the same post, Games Workshop released a new, free campaign for Warcry, set in the deathly realm of Shyish. It splits four to six players into two teams, pitting them against one another across three battles. Thematically, you’ll be fighting at the behest of Be’lakor or Lady Olynder, letting you field your Soulblight Gravelords warband straight away.

If all this talk of the Mortal Realms has left you wanting more, read our Age of Sigmar armies guide, for the lowdown on the game’s many, many factions.