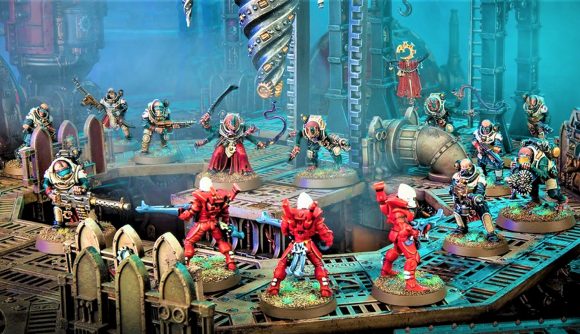 Warhammer 40k: Kill Team 2nd Edition’s competitively balanced Matched Play mode will have various ‘Mission’ options that govern both Kill Teams’ main point-scoring objectives, as well as a selection of secret secondary objectives – called Tac Ops – that you’ll generate before the battle, Games Workshop revealed in a Warhammer Community article on Wednesday. It shows off some examples of both objective types, which we’ll examine below.

The system seems inspired by Warhammer 40k 9th Edition’s popular system of players having common primary objectives to fight over, but selecting their own secondaries to customise their gameplan. But the twist is that, in the new Kill Team, the ‘Tac Op’ secondaries are secret, adding a generous dash of uncertainty and guesswork to the objectives game.

You’ll be eyeing up your opponent’s every move from turn one, trying to suss out which Tac Ops they’re gunning for – and triumphantly revealing your own secret Tac Ops the moment you’ve scored them. It has real Yu-Gi-Oh ‘You just activated my Trap Card’ energy, and we’re incontrovertibly here for it.

We also get confirmation that the previously shown system of maintaining a larger operator roster, from which you strategically select your Kill Team for the game ahead, does apply to Matched Play as well as narrative campaigns. 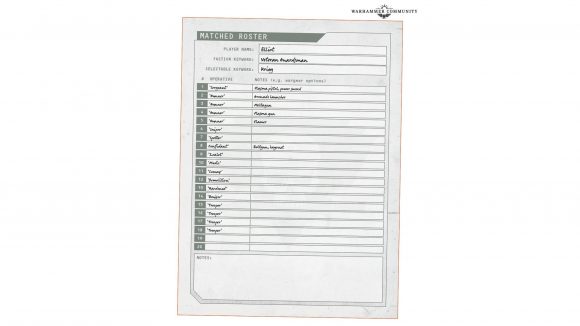 “Instead of selecting your team before deciding the mission, you bring a roster of up to 20 operatives to the table and build your kill team to suit the objectives at hand,” confirms GW. 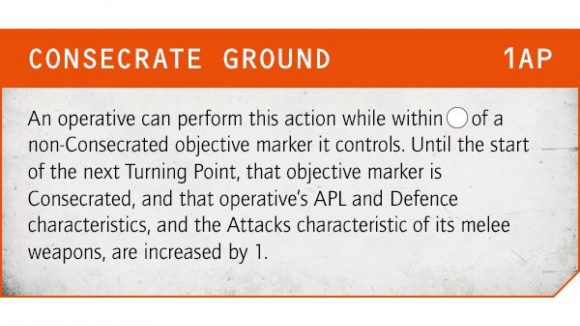 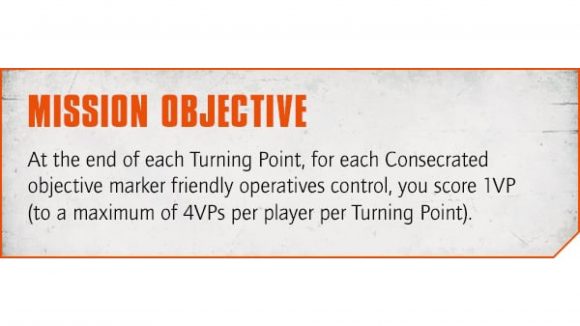 Wednesday’s article profiled ‘Consecrated Ground’, one of the nine Missions that’ll be available in the Kill Team 2nd Edition core book. Here, you get a mission-specific Action to use a unit to ‘consecrate’ a given objective marker you hold – buffing the unit’s APL, Defence, and Attacks by 1 – and then collect regular VP each ‘Turning Point’ as long as you still hold that objective.

It’s not yet clear what ‘Turning Points’ are, although it seems very much as though they’ll be the ‘end phase’ of a full round of both sides’ operator activations (a full Battle Round, in 40k or Age of Sigmar terms), used for point-scoring and other housekeeping. We shall see.

And we get a look at three different Tac Ops, giving a flavour of the sorts of secondaries you’ll be trying to sneak in during your missions. 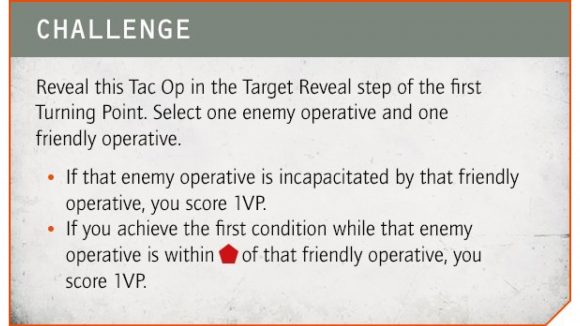 Challenge has you declare a vendetta between one of your operators and one of your opponent’s – granting 1 VP for killing them, and another one if you do it up close. 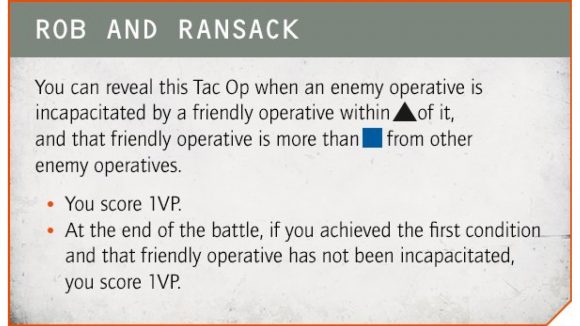 Rob and Ransack feels pretty suited to Orks (or perhaps Adeptus Mechanicus, looting tech from their foes) – kill an enemy operator in melee with no other enemies nearby, and your trooper can loot their corpse for 1 VP. Keep the grave robber alive to the end of the game, and you net a second VP. 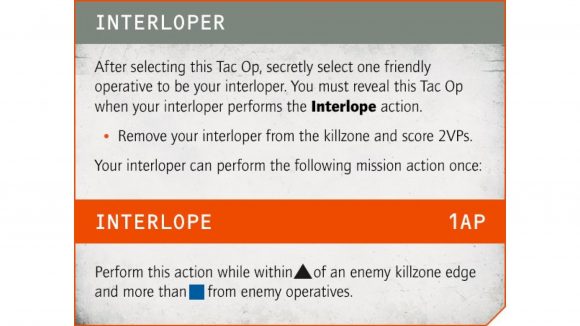 Finally, Interloper is one that you’ll be watching closely for signs of in your opponent’s movements. Get one of your operators within an inch of one of the enemy’s board edges, more than three inches away from any enemy models, and you can have them simply leg it off the board, taking with them two precious VP.

Maybe they’re dashing into enemy territory to perform some crucial task, maybe they swiped some enemy doodad and are making off with it via the ‘scenic route’. Either way, you make bank.

It’s not yet known how many choices of Tac Ops there will be in Kill Team 2nd Edition at launch, nor whether they will be one large shared pool for all factions, or include some faction-specific options. We probably won’t see those answers, nor any more Tac Ops, until the core book gets into the wild when the Kill Team: Octarius box set launches next month. 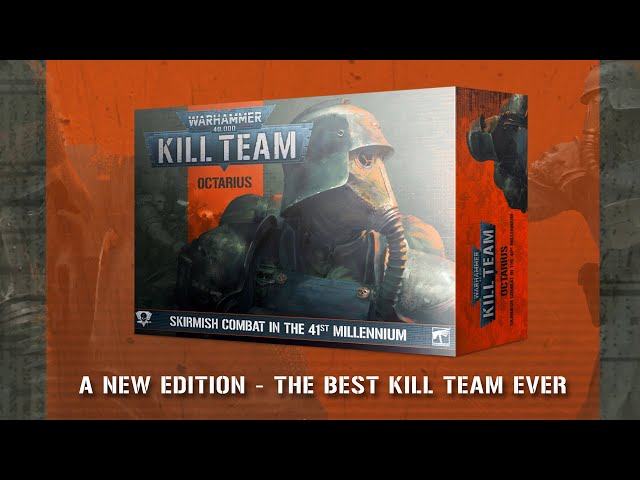 Also to be kept under wraps until the book arrives, says GW, are “many more tactical choices…before the mission gets underway – such as setting up additional barricades and choosing extra equipment for your operatives”. Ho-hum.

In the meantime, you can catch up with everything you need to know about the new edition in our full guide to Kill Team: Octarius.