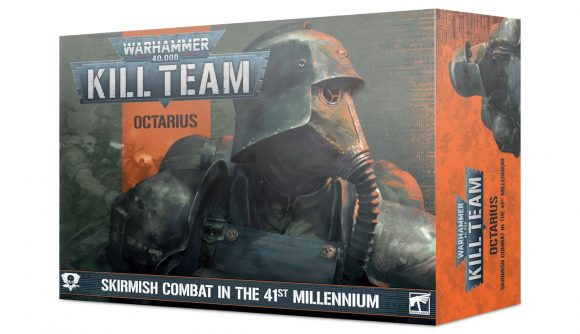 The next iteration of Warhammer 40k’s small-team spin-off will go up for pre-order this weekend. Announced in a Warhammer Community post yesterday, Kill Team: Octarius, the second edition launch box for the squad-focused skirmisher, will be up for grabs this Saturday, August 14, across an extended two-week run. The box’s price has not yet been revealed.

We’ve already seen that Octarius is a pretty chunky launch box. Inside you’ll find 23 miniatures for the Astra Militarum’s Death Korps of Krieg and the Orks’ Kommandos (both in plastic for the first time), alongside 19 Orkish terrain pieces, the new Kill Team core rulebook, as well as all the dice, tokens, and cards you’ll need to run the game. Add to that a 30-by-22 inch gameboard, and a thematic mission book that lets you fight across a narrative campaign in the Octarius sector, and the box looks pretty hefty.

Unlike the one-week pre-order window of most Warhammer releases, Ocatrius will be up over two weeks, from August 14 to August 28. Games Workshop has taken pains to point out that the box is a limited run item, and won’t be seeing a reprint after all stock has been snapped up.

However, Games Workshop says Octarius won’t be the only release up for pre-order. If you’re not besotted with its minis, you’ll be able to grab the new Kill Team rulebook separately, and dig into its 144 pages on open play, matched play, and narrative play systems without shelling out for the full boxed set. 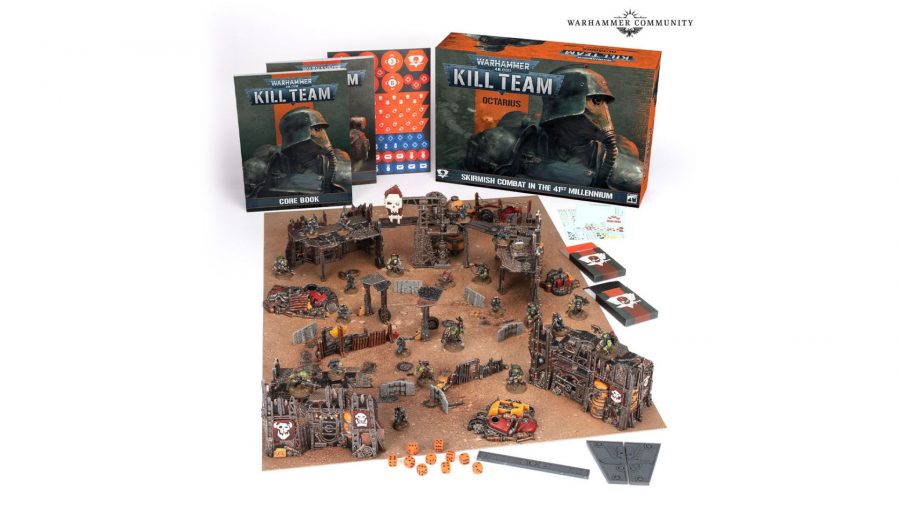 The Kill Team: Killzone Essential package, meanwhile, contains all the accessories you’ll need to play Kill Team second edition, such as tokens, barricades, and the ‘combat gauge’ measuring ruler (although its dimensions are exact multiples of an inch, so a tape-measure would suffice). 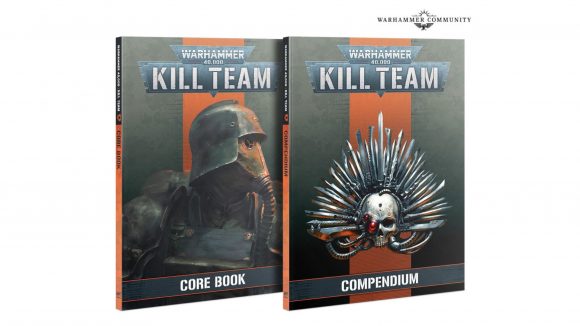 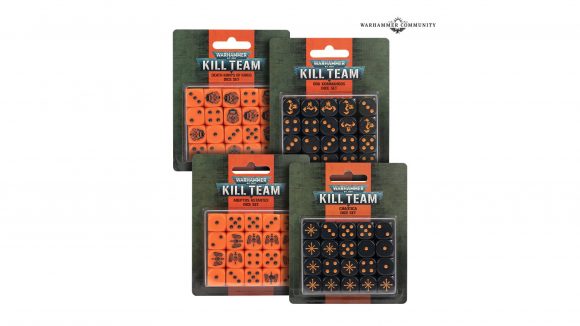 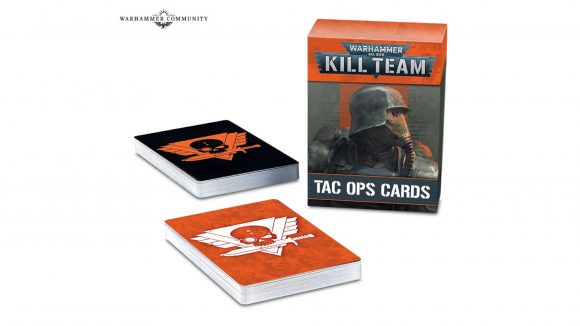 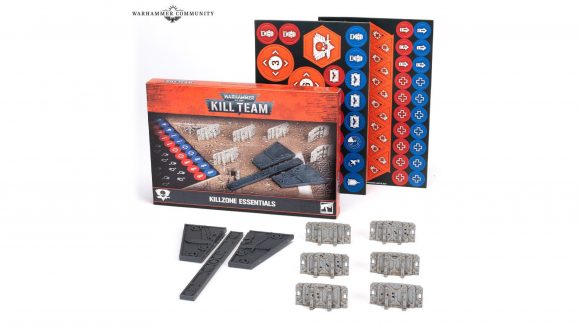 This wouldn’t be Warhammer without faction-specific dice. Games Workshop will also be launching four sets of d6s for the Death Korps of Krieg, Ork Kommandos, Adeptus Astartes, and Chaos. Decks of ‘tac ops’ cards (objective reference sheets ) will also be available when the pre-orders launch.

Billed as a total reimagining of the game’s formula, Kill Team second edition introduces a brand new ruleset to the small-scale, squad-focused skirmisher. Rather than merely tweaking Warhammer 40k’s system, as past editions have done, this upcoming release represents a total break, and will offer an entirely ‘bespoke’ set of rules.

That makes for some big changes. Read our comprehensive guide on everything we know about Kill Team: Ocatarius to find out how it’s overhauling the movement, actions, and stats of operatives, introducing brand new list building rules that don’t rely on points, as well as offering options for narrative campaigns.