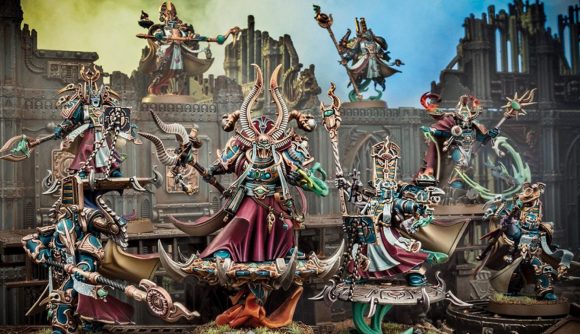 In a considerable expansion from the barebones faction rules provided in the Kill Team Compendium supplement, White Dwarf’s rules feature adds a new ‘Warpcoven’ Kill Team type for the army – featuring more flexibility to mix Rubric Marines with Tzaangor models in Kill Teams; the option to bring up to three Sorcerers instead of one; and a brand new Boons of Tzeentch ability that gives each of those Sorcerers one powerful buff, hand-picked or rolled randomly from a choice of nine.

We can’t share every detail, but prominent among the Boons of Tzeentch are Incorporeal Sight (which gives the model’s ranged weapons the Lethal 5+ and No Cover special rules) and Empyric Ward, which improves the Thousand Sons’ natural 5+ invulnerable save to a competitive 4+. 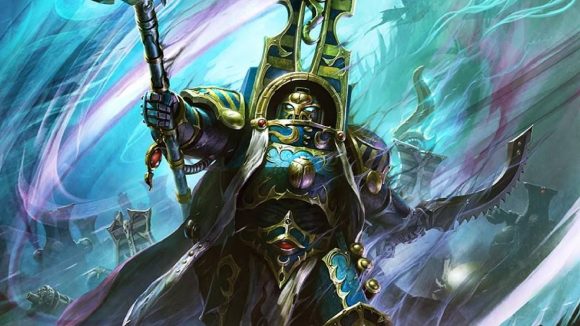 Stand-outs among the 12 total psychic abilities here include Weave Fate (which lets you re-roll any or all defence dice for every shooting attack made against a specific unit in a given turn) and Warp Portal – which takes a unit within ■ (two inches) of the Sorcerer, and teleports them to another spot of your choice within ⬟ (six inches). The target model can’t then do any moving actions that turn – but it can still shoot, fight, or do a psychic action. Very neat for dictating the terms of a combat your opponent thought they had sewn up. 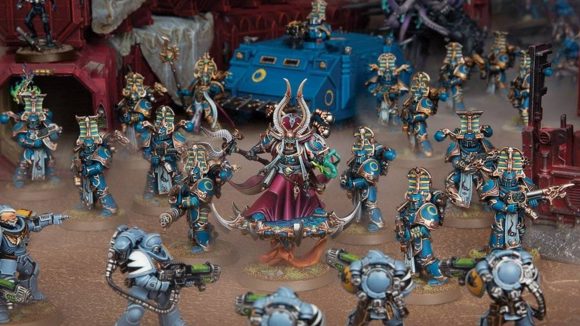 It’s the second time, since Kill Team 2nd Edition launched with its inaugural Octarius box set in August, that GW has given a specific faction an official update versus the initial compendium rules: Issue 468, in September, added rules for Adeptus Mechanicus ‘Hunter Clade’ Kill Teams.

Whether we can expect another compendium faction to get expanded Kill Team rules in every month’s magazine remains to be seen – but there are certainly many more Warhammer 40k Imperium, Chaos, and Xenos factions still running on their notably limited Compendium rulesets – so we’d expect to see lots more such updates on the way. 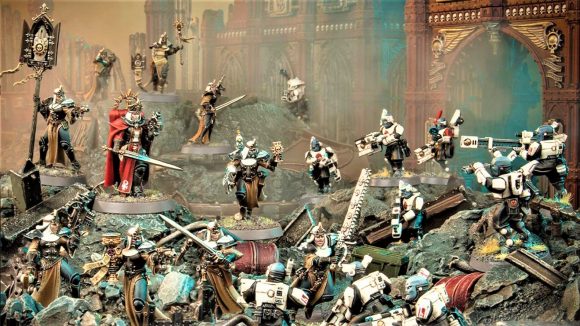 In the meantime, we’re still awaiting details on the Kill Team: Chalnath box set, announced at Gen Con in September, which includes a brand new Kill Team of Sisters of Battle Novitiates , facing off against Tau Pathfinders models, including a newly released upgrade sprue, and a bunch of custom missions to play.

We’ve still no specific release date – but GW’s published ‘roadmap’ of new releases for Kill Team would suggest it’ll be with us by the end of the year. 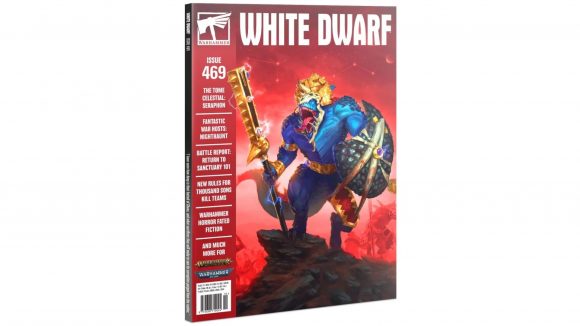 Alternatively, if you want a complete refresher on the sorcerous sons of Prospero (or Sortiarius, depending on the time period) – check out our comprehensive Warhammer 40k Thousand Sons guide. We can also introduce you to the wider ranks of Warhammer 40k Chaos Space Marines – or even the deep, dark world of all 40k Chaos factions.