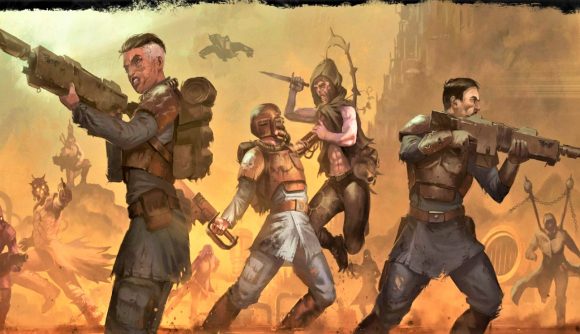 The latest complete adventure for Warhammer 40K tabletop RPG Wrath & Glory, titled The Bloody Gates, was released on Friday, according to an excited announcement from the publisher, Cubicle 7. You can buy it in PDF form now, on the Cubicle 7 store or DriveThruRPG, for $4.99 / £4.49.

Designed for tier one characters (the least powerful, squishiest sort the game allows), the adventure casts you and your players as members of a penal battalion deployed on an already perilous mission, supporting the recapture of Tora Armis, a hive city overrun by the forces of Chaos. That’s already a tall order for your team of puny baseline humans.

And, says Cubicle 7, it’s made all the harder by the intervention of a “horde” of Poxwalkers – hideous, diseased walking corpses reanimated by the will of Nurgle, Chaos god of plague and decay. It’s gnarly stuff – and a pretty hardcore quest for a bunch of rookies that didn’t want to be there in the first place, we’d say. Puts us right in mind of what Veteran Warhammer author Dan Abnett said about 40K’s human stories, in his recent interview with PCGamesN.

But in any case: if your happy little band – Fireteam 123-B of the Gilead Gravediggers Auxiliary Penal Brigade, if you wanted to know – can successfully scale the hive city’s dam, clear a minefield, and breach its gates, you might make it through alive long enough to play the upcoming sequel adventure, titled On the Wings of Valkyries. 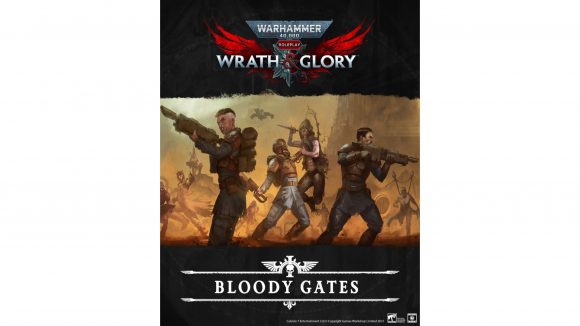 We’re not sure, but we reckon that’s referring to the Imperial Guard’s Valkyrie troop transport aircraft, rather than the avenging angels of Norse mythology. There’s no confirmed release date for the next adventure, though, so that mystery remains unsolved for now…

Wrath & Glory, a relatively rules-heavy, strategic, and crunchy tabletop RPG operating on a D6 dice pool system, had a shaky initial release in 2018, before being taken over by Cubicle 7, who retooled the main rulebook, and re-released it – first in PDF, then hardback print – in 2020.

Cubicle 7 also publishes Soulbound, effectively the equivalent tabletop RPG for Games Workshop’s flagship fantasy setting, Age of Sigmar. You can learn more about that game in our full review of the excellent new Age of Sigmar: Soulbound starter set.