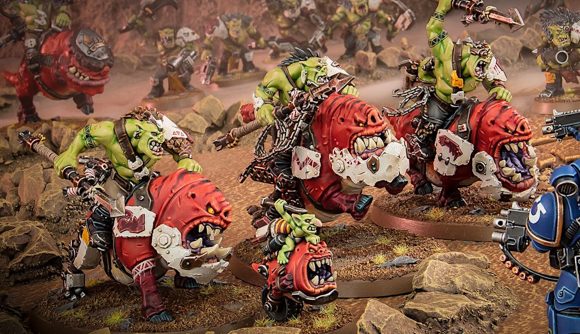 Warhammer 40k’s Beast Snagga Orks, the latest faction of Greenskins making their way to the 41st millennium, are fast approaching. We’ve got a glimpse of their heavily melee capabilities with a new datasheet for the Squighog Boyz, stats on their infantry’s Thump Guns, and info on an updated Clan Kultur, all revealed yesterday in a Warhammer Community post.

The staple cavalry unit of a Beast Snagga army, the Squighog Boyz are intended to play as fast-moving, close-combat units best suited to gnashing weakly armoured foes and light vehicles. They pack a bunch of melee and ranged weapons, but it’s their Squighog jaws that are the stars of the show, letting you make two additional chomping attacks with each bite. They’ve also got a couple of weaker ranged weapons, including the Assault 1 Stikka that rewards you for getting close to your target  Check out their stat sheet below.

The Beast Snagga Boyz are also looking pretty fine. They’ll have to be fielded in mobs of 10 to 20 minis, smaller than the usual 30-strong batches that ordinary Ork Boyz can run in. The idea is that the grunts of this army are individually stronger than the average Greenskin, and their Strength six Thump Gun would attest to that.

Elsewhere in the post, we saw the whole faction gets +1 to hit on rolls made against Monsters and Vehicles, and 6+ invulnerable saves. This fits in with the army’s wider beast-hunting theme, including their Monster Hunterz stratagem, which adds +1 to wound rolls for selected units when they target a Monster or Vehicle. 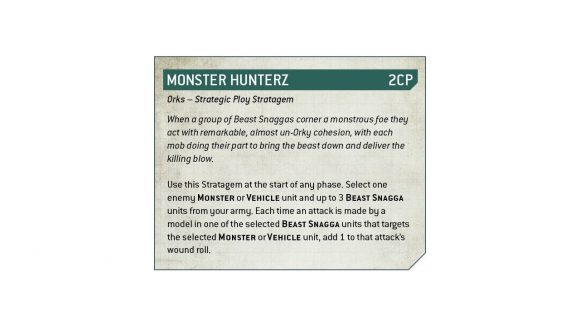 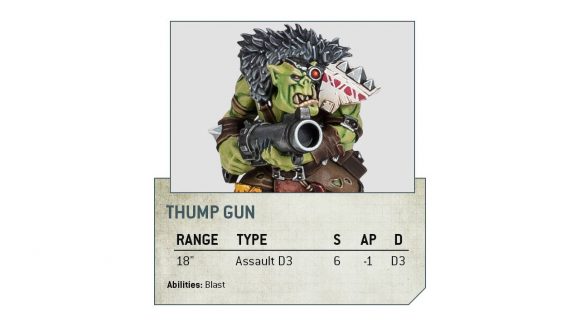 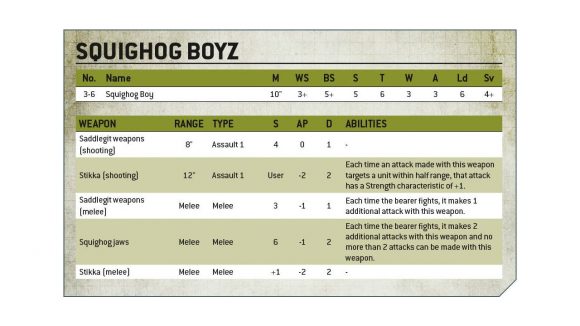 Games Workshop also gave us a glimpse of one of the updated Clan Kultur’s included in the upcoming Orks Codex. Snakebites is designed to increase the durability of your Orks, while leaning into the Beast Snaggas’ penchant for squigs by granting additional wound rolls for the bipedal chompers.

The army’s champion unit, Zodgrod Wortsnagga, also got a look in. His Squigstoppa ability lets you temporarily remove an enemy Monster from fighting until all of your units have taken their turns. The idea is to let your Grotz and Boyz slice up the big beastie before it gets a chance to attack. 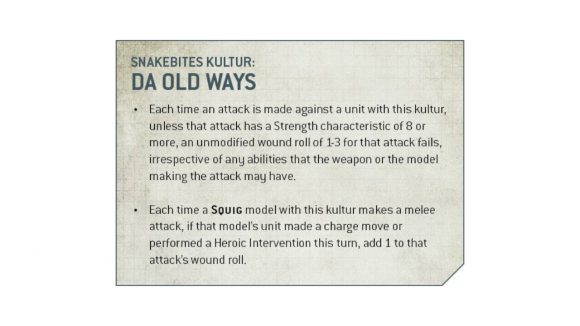 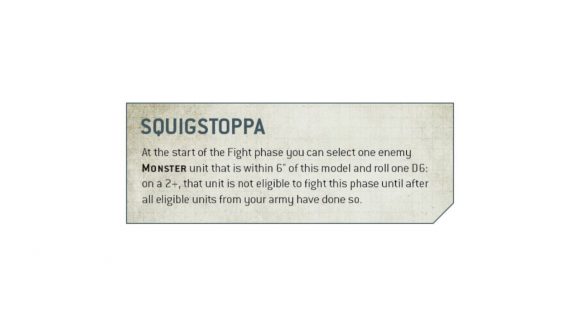 The Beast Snagga Orks are coming this weekend when pre-orders for their new Army Set goes live. The boxed set includes 26 new Ork minis, including 20 Beast Snagga Boyz, a few Squighog Boyz, a Bomb Squig, a Nob on Smasha Squig, and Zoggrodd Wartsnagga.

The box also includes the 9th edition Orks codex, and is your fastest way of grabbing the new book. The codex will be sold separately sometime later this year, but no release date has yet been announced.

Why not read up on Ork lore with our Warhammer 40k Xenos factions guide, and start singing the praises of Gork and Mork before the Beast Snaggas arrive to chomp you in half.