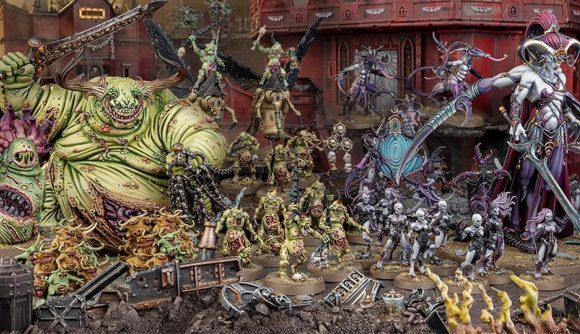 Chaos Daemons are one of the very few Warhammer 40k factions yet to receive a 9th edition codex – though Games Workshop showed off the book’s colourful cover art in mid July. Their time is soon to come, it seems, as GW has begun to drop teasers containing juicy new rules and content for this chaos faction leading up to their book’s release.

The first rule to show up, Daemonic Invulnerability, is pretty straightforward. This ability, which looks like it’ll be a factionwide buff to the Chaos Daemons, is a bonus giving daemons two different unmodifiable saves, representing how well they shake off ranged and melee attacks, with their demonic, eldritch weirdness.

The Warhammer Community article announcing these changes assures that these are not straightforward invulnerable saves – not quite so invulnerable, now that they fall victim to stuff like the T’au’s railgun – but something new and improved. It’s the kind of arms race you see on playgrounds worldwide. The T’au rocked up with forcefield-piercing guns, and now the daemons have come up with a forcefield-piercing-gun-resistant jacket. Hopefully, before this escalation gets any sillier, Warhammer 10th edition will arrive and consign it all to the warp.

The Warcom article announcing the change also shows the stat blocks for two different Chaos Daemon models: Bloodletters and Pink Horrors. The latter are basically unchanged, other than a new 3+ save to ranged fire that’ll force you to get up close to kill them off. Bloodletters meanwhile, get slightly boosted saves all around, and an extra point of strength and toughness. 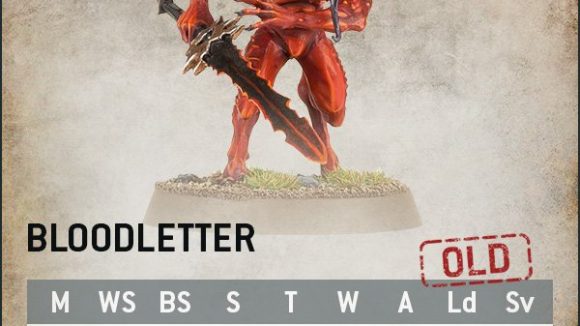 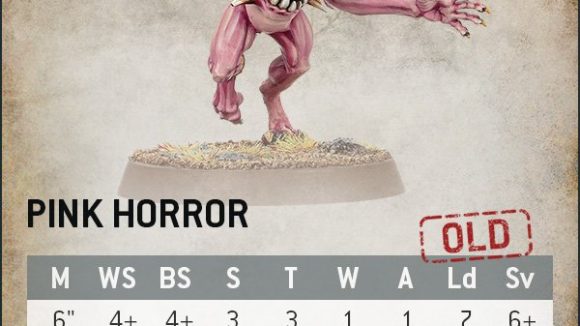 Check out the Warhammer 40k codex release dates for more details on what books have come out, and which we’re still waiting on. And if you’re in the mood some chaos god goodness, we’ve got guides on the full quarrelsome quartet: Nurgle, Tzeentch, Slaanesh, and Khorne.