Who are Warhammer 40k’s Deathwatch? They’re the Imperium of Man’s foremost alien hunters. From the dark void between stars the xenos races come – a host of horrors both ancient and new threaten Imperial dominance: the prideful Aeldari; sadistic Drukhari; bestial Orks; primordial Necrons; upstart T’au; and all-consuming Tyranids. The Deathwatch are a burning beacon against this dark, an elite brotherhood of Space Marines whose pinpoint missions into alien territory thwart the xenos’ plans, assassinate their leaders and cripple their war machines.

The Deathwatch are the militant wing of the Imperial Inquisition’s Ordo Xenos. Their members are seasoned veterans drawn from every Space Marine chapter. The Deathwatch brotherhood at each Watch Fortress draws on myriad martial cultures, different doctrines of war, and the combined combat experience of hundreds of wars against thousands of foes.

As a small, elite force – even by the standards of the Space Marines – the Deathwatch are great if you want a small army to lavish attention onto, with many opportunities for cool conversions. Their specialised armoury is represented with some suitably tooled-up model kits.

On the tabletop, Warhammer 40k’s Deathwatch army rewards a decisive commander, who can pick the right tool from their expansive armoury – then strike with overwhelming force.

Here’s what to know about the Warhammer 40k Deathwatch army: 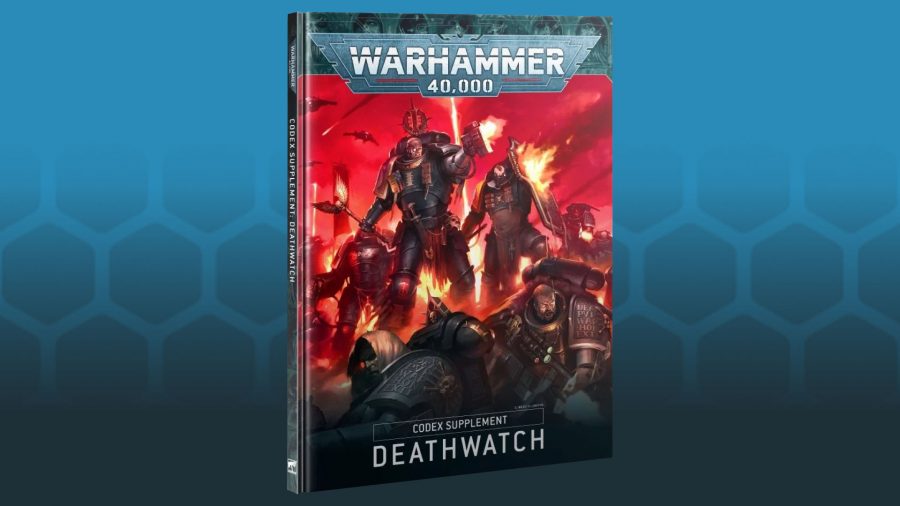 The 9th Edition Warhammer 40k Deathwatch codex supplement, which was released in November 2020,  provides details for all the unique Deathwatch units and army-wide special rules – but, as a ‘supplement’, you’ll also need Codex Space Marines to properly operate the army. This is because – beyond their core of specialist choices – the Deathwatch enjoy full access to the mighty Adeptus Astartes armoury, giving them all the vehicles, characters and most of the infantry from Codex Space Marines. Check out our Space Marines guide for details on rules and tactics for the Adeptus Astartes as a whole.

The Deathwatch formed in response to one of the greatest xenos invasions in the Imperium’s history: the Waaagh! of the monstrous Ork Warlord known as The Beast.
You can learn how the Imperium’s foremost xenos hunters rose to the challenge in the 12-part novel series The Beast Arises.

As for those special rules: the Deathwatch Chapter Tactic Xenos Hunters grants them rerolls of 1 to hit against all T’au, Ork, Aeldari, Necron, and Tyranid units. After deployment they can pick one battlefield role (such as Troops or Heavy Support) and receive rerolls of 1 to wound against those targets. These powerful buffs mitigate the Astartes tendency to ‘castle up’, bunching their forces around Captain and Lieutenant characters that grant such re-rolls only to units within a given radius (known as ‘Aura’ abilities). It means Deathwatch tend to be more flexible and mobile than traditional Space Marine forces.

Unlike normal Astartes, Deathwatch can also activate their Combat Doctrines out of the normally set sequence, thanks to their flexible Mission Tactics ability. Charged in your deployment zone by honourless Aeldari? Activate the Assault Doctrine for an extra -1AP on close combat weapons and pistols, and get blasting. 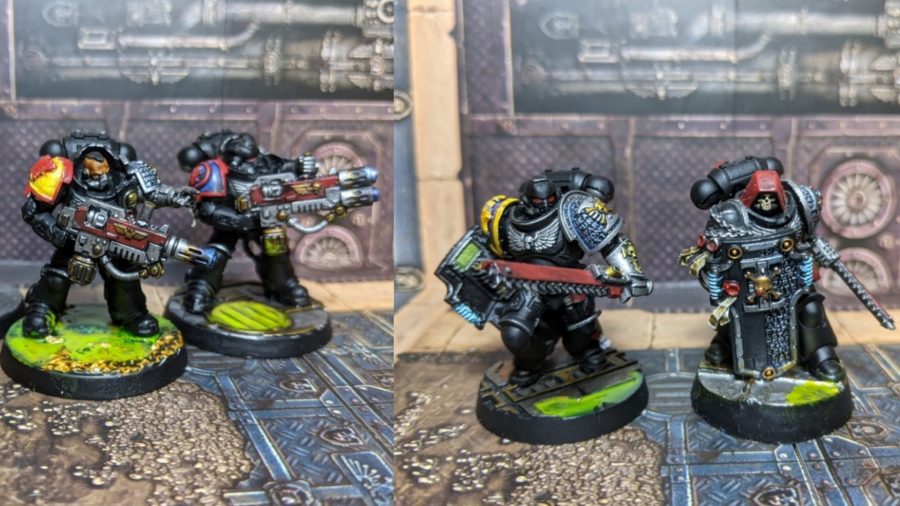 News from the front: Our 40k codex release date guide

Kill Teams have varied armaments, and gain access to unique stratagems and improvements, depending on which specialists are included.

A Veteran Biker or Outrider in a Kill Team, for example, opens up the Relentless Assault stratagem, allowing them to charge in the same turn as falling back – perfect for your melee specialists. 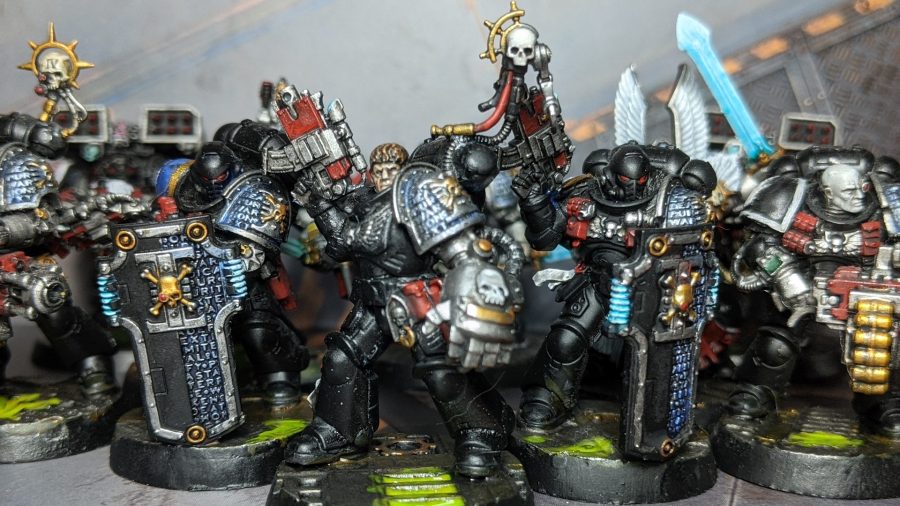 Even among the mighty Space Marines, the Deathwatch are an elite force. They lack numbers, but there’s great flexibility in Deathwatch tactics.

Special Issue Ammunition lets you tailor your every attack

Deathwatch Veterans and characters bring Special-Issue Ammunition, and other units can use the Special-Issue Loadout stratagem for one round of fire – both allowing you to tailor your attacks with a targeted buff to fit a specific tactical need. Enemy behind obscuring terrain? Dragonfire bolts will strip that away. Targeting a Carnifex? Add 1 to your wound roll with Hellfire Rounds. Enemy beyond the range of your guns? Extend it with some Kraken Bolts and enjoy -1AP for good measure. Really hate multi-wound models? Use Vengeance Rounds for extra damage and eliminate those elites with ease. 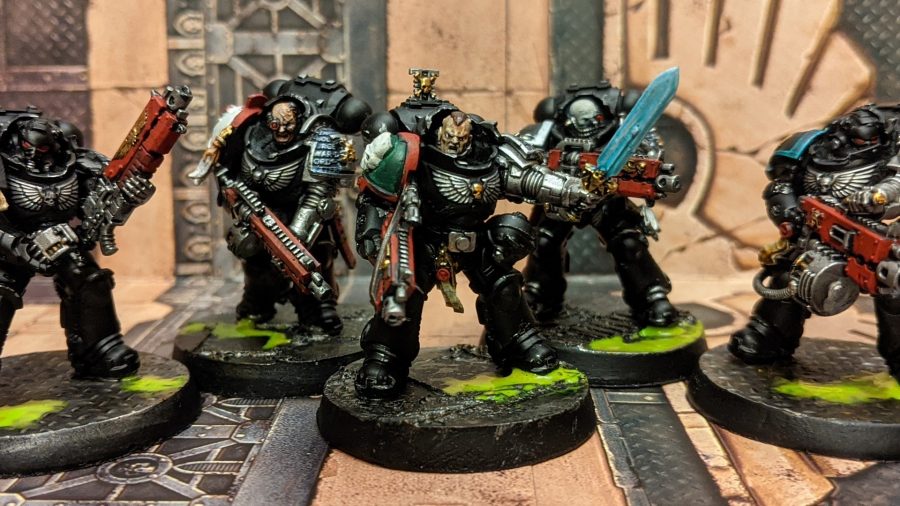 The Brotherhood of Veterans stratagem allows a Deathwatch unit to swap their Xenos Hunters Chapter Tactic for any other Chapter Tactic from Codex Space Marines. Your unit of Aggressors with boltstorm gauntlets has line of sight on a huge horde of Orks? Let the Crimson Fist among them declare ‘No Matter the Odds!’ and hit with more shots than you fire.

Similarly, Priority Doctrine Adoption allows a single unit to use a different Strategic Doctrine from the rest of the army. The venerable Watch Master can use Adaptive Tactics to switch which battlefield role your Xenos Hunters Chapter Tactics provides rerolls against – essential when you’ve wiped your first targets off the board, and need to bear down on your enemy’s next cadre of key units. 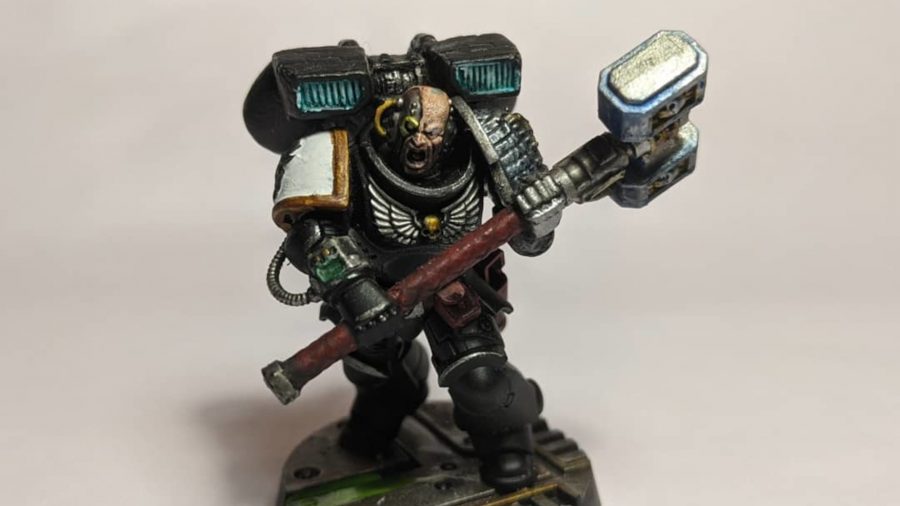 Adding a single Vanguard Veteran or Inceptor into a Kill Team gives access to the Disruptive Launch stratagem, allowing them to fall back and then shoot. This makes an Indomitor Kill Team of Heavy Intercessors and an Inceptor the perfect home for expensive Eradicators or Aggressors. The relatively cheap Heavy Intercessors provide protection for your specialists, and Disruptive Launch means your foe can’t disable your firepower just by engaging you in melee.

Deathwatch Kill Teams can have Specialisms in hunting particular foes, at a small points cost. Specialisms grant re-rolls of 1 to wound against a particular battlefield role, or re-rolls on all wound rolls if you picked the same battlefield role for your Xenos Hunters chapter tactic. Every loss will feel like a real blow to your small force, and limited numbers make it hard to control territory and therefore objectives. But, by recognising the most pressing targets, tailoring your deadly Kill Teams to your best advantage, and bringing the right tools to bear from your substantial toolbox, you can secure victory. 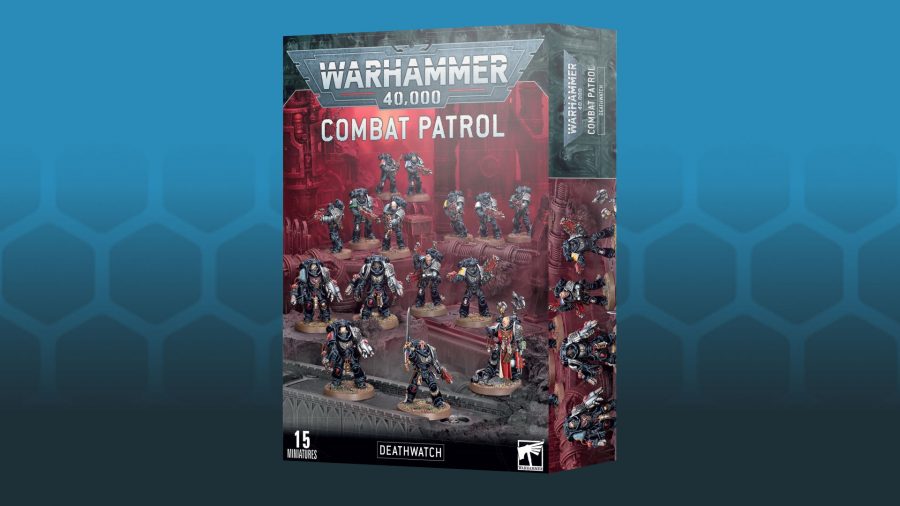 How to start collecting Deathwatch

If you’re looking to start collecting Deathwatch, the Deathwatch Combat Patrol is a solid basis for any Space Marine army, coming with:

To expand this army, you’ll need anti-tank armaments. An Indomitor Kill Team of Heavy Intercessors and Eradicators deployed using the Teleportarium stratagem is probably the most efficient choice.

But if you want to play with the Deathwatch’s splendid unique models, a Proteus Kill Team of Deathwatch Veterans armed with Combi-Meltas and Heavy Thunder Hammers riding in a Corvus Blackstar is the thematic choice. The venerable Watch Master is a beautiful kit, a powerful force multiplier, and a natural warlord for your force.

With massive thanks to CraftyBeardGuy for photos of his gorgeous Deathwatch infantry.

Tim Linward is a Warhammer 40k and Horus Heresy fanatic who dabbles in TTRPGs, boardgames and MtG. He's also written for PCGamesN, and 'Grimdark', his book of essays about Warhammer 40k and Games Workshop, will be published by MIT press when it finally emerges from the warp.